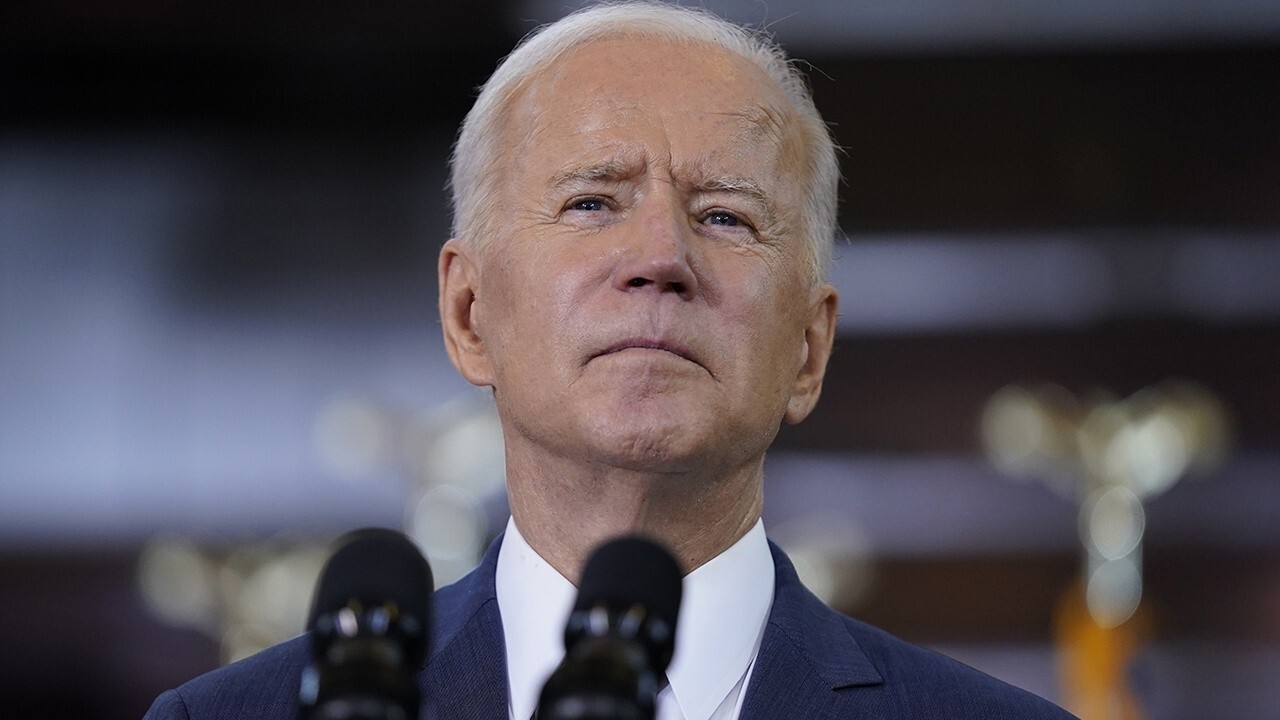 President Joe Biden’s approval ratings seem to keep dropping and dropping. As a Democrat who voted for the president, I cannot understand why.

I certainly understand Americans blaming the person in power, even if they are not responsible for what ails the voter; but if you look at the facts, President Biden and his administration have made a number of positive changes in our nation which will or already have positively impacted voters.

So why don’t we see that reflected in the polls?

BIDEN SISTER SAYS HE WILL ‘ABSOLUTELY’ RUN FOR RE-ELECTION

Here are five major accomplishments from the president and his administration since he entered the Oval Office. (And yes, there are more than five but I chose to highlight these.)

After decades when both Democratic and Republican presidents were unable to work with Congress to get legislation passed to improve America’s infrastructure, Joe Biden was the one who finally did it.

Infrastructure is a win-win for both parties and has always enjoyed widespread bipartisan support. With the passage of the Infrastructure Act, so many things will change for the better for Americans.

Not only will our roads and bridges no longer have a D+ ratings, but companies like AT&T, Verizon, Comcast and 17 other internet firms have agreed to bring high speed internet to more U.S. families. This will be especially helpful for those who choose to work at home, lower income communities and the elderly. This was only possible under the Biden infrastructure plan.

FILE – SUPERIOR, WISCONSIN – MARCH 02: President Joe Biden speaks during an event at the University of Wisconsin-Superior on March 02, 2022 in Superior, Wisconsin. President Biden spoke of his plan to help repair and rebuild the nation’s infrastructure including the Blatnik Bridge, which spans the St. Louis River connecting Superior with Duluth, Minnesota.

The plan also calls for materials paid for in the bill to be sourced in the United States. So no more steel, iron or construction materials coming from China (which probably led to those collapsed bridges). Having materials sourced in the United States will prompt companies to bring factories back home, create jobs and provide Americans an opportunity to purchase goods made in America which won’t be stuck in containers at the ports because they’re made right here at home.

I know some of you reading this are going to say, is Leslie crazy!? Gas prices are high, we have inflation, some fear a recession and the list goes on.

Yes, that is true and that is the bad news. But here is some of the good:

*In April, there were 428,000 jobs created. In total, since President Biden took office, 8.3 million jobs were created and those are record setting numbers.

*We now have the fastest decline in unemployment ever recorded during a president’s term. The unemployment rate is 3.6%.

*When President Biden first took office, nearly 20 million people were reliant on unemployment checks to feed their families, now that number is at 1 million — the lowest since 1970.

*And for all the worries by Republicans about increasing the deficit, during President Biden’s first year in office, the deficit was reduced by $350 billion and currently there are projections that between another $500 billion and $1 trillion dollars in further reductions by the end of September.

*The deficit is smaller under President Biden than it was at the end of President Donald Trump’s tenure.

In addition to predicting that Russia would invade Ukraine, President Biden was proactive when U.S. intelligence found Russian troops at Ukraine’s front door, the president ramped up military assistance to Ukraine, warned Putin of the severe consequences and applied tough economic sanctions.

NATO Secretary General Jens Stoltenberg addresses the media during a joint statement with German Chancellor Olaf Scholz prior to a meeting at the Chancellery in Berlin, Germany, Thursday, March 17, 2022.
((AP Photo/Michael Sohn, Pool))

More so, President Biden united 30 NATO nations to work together in unity to oppose the aggression from Putin’s Russia. He mobilized the world through the United Nations.

There are those that said we were leading from behind, not true. President Biden didn’t need to have cameras rolling and beat his chest, rather he convened meetings with world leaders and got all of the NATO nations to agree to his plan.

President Biden did what the best leaders do, he led humbly so that our allies felt equal to us, not inferior to us. The president, in addition to sending billions in military aid to Ukraine was wise to avoid any response that would escalate the war and the threats of Russia’s potential use of nuclear weapons.

Before Joe Biden was sworn in as president, the child tax credit maxed out at $2,000 per child but it specifically left out families with little or no income. All in all, approximately one-third of children were excluded from this tax credit; over half of those children were Black and Hispanic. And let’s not forget the children raised by single moms, 70% of those children did without. So, the people who needed that money most, were left out in the cold.

Once Biden took office, the tax credit increased to $3,000 per child aged 6 and over and $3,600 for children under 6. That full credit was made available to all children including poorer children by eliminating the ‘phase in’ rule which had formerly capped the credit at 15% of a family’s income.

After those first monthly checks were sent out, child poverty in the United States dropped from 15.8% to 11.9% in just one month! Data tracking child poverty started in the 1960s. That 11.9% rate was the lowest on record, possibly the lowest in American history.

Director of National Intelligence Avril Haines appears before the Senate Intelligence Committee for a hearing on worldwide threats as Russia continues to attack Ukraine, at the Capitol in Washington, Thursday, March 10, 2022.
(AP Photo/J. Scott Applewhite)

If Americans heard more about the things I have listed above, I am certain the polls wouldn’t look as dismal and words like ‘tsunami’ wouldn’t be used to reference the midterms for Democrats this coming November.

Whether you like him or not, whether you voted for him or not; if you’d going to blame President Biden for things he is not wholly responsible for or in control of, you also need to give him credit for things he has actually done that has, is or will benefit all of us.