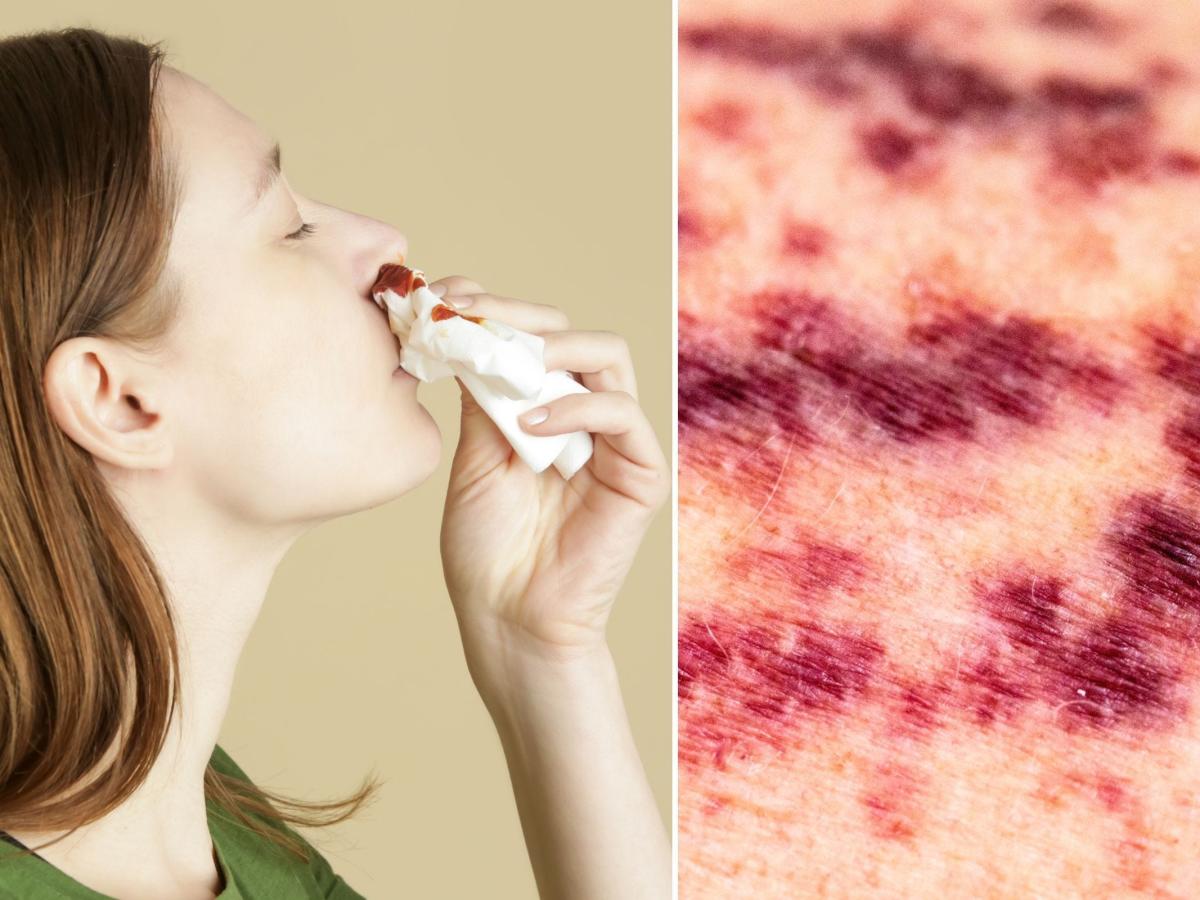 A woman who “randomly” developed a strange rash over her body in a matter of minutes was diagnosed with a rare blood disorder that can cause a life-threatening brain bleed if untreated.

Juliana Pascarella, 21, from Virginia, was diagnosed when she was 19 years old with a condition called immune thrombocytopenia (ITP) that is characterized by low levels of platelets, which are the cells that form clots to stop bleeding. Low platelets can result in: easy bruising, bleeding gums, and internal bleeding, including around the brain, according to Johns Hopkins Medicine.

ITP occurs when the body’s immune system destroys platelets, but we don’t know why it happens. Often, as is the case with Pascarella, no cause is found, but certain medications, pregnancy, viral infections, or autoimmune disorders like rheumatoid arthritis, may trigger it.

Around three in every 100,000 people are diagnosed with the condition each year, according to the National Organization for Rare Disorders.

Pascarella said that she wants to help others understand a condition that she “once knew nothing about,” per the Daily Express.

Doctors said she was ‘lucky’ she didn’t bleed internally

Pascarella said in a TikTok video that “one night randomly,” over the course of about 15 minutes, “dots popped up” on her body and legs, a scab developed over her bottom lip, and her nose wouldn’t stop bleeding. Within an hour, those dots had turned into bruises.

According to the Daily Express, she initially thought the rash was harmless.

Symptoms of ITP can include: petechiae (small, flat red or purple spots under the skin), purpura (red, purple or brownish-yellow spots), a lump of clotted blood under the skin, nosebleeds, bleeding gums, blood in pee or poop, heavy menstrual bleeding, and extreme tiredness.

Pascarella said on TikTok that she found out that the dots on her legs were petechiae. She’d also recently felt tired and nauseous, per The Daily Express.

According to Pascarella, doctors told her that she was “lucky” that she wasn’t bleeding internally, and if she hadn’t gone to the hospital, there was “a high chance” she “couldn’t be saved,” the Daily Express reported citing NeedToKnow.online.

Doctors treated her with a platelet transfusion, which she said was painful

According to Johns Hopkins Medicine, the treatment for ITP depends on various factors including age, how severe the disease is, and other medical conditions, but can include: steroids or antibodies that slow the destruction of platelets, a platelet transfusion, and medications that suppress the immune system.

“Completely replacing my own blood with someone else’s was something I just couldn’t wrap my head around, and the process was consistently nauseating and painful,” she said, per the Daily Express.

Pascarella said in another TikTok video that doctors discharged her following the transfusions, and after a couple of months of rest she was “OK,” and has blood tests every three months to monitor her platelets.

“I am generally OK, other than the constant fear that just because I may feel tired or sick one day, I might be at risk of another episode,” she said, per the Daily Express.

One thought on “A 19-year-old thought the tiny red spots on her body were a harmless rash. She had a blood disorder that can cause deadly brain bleeds.”