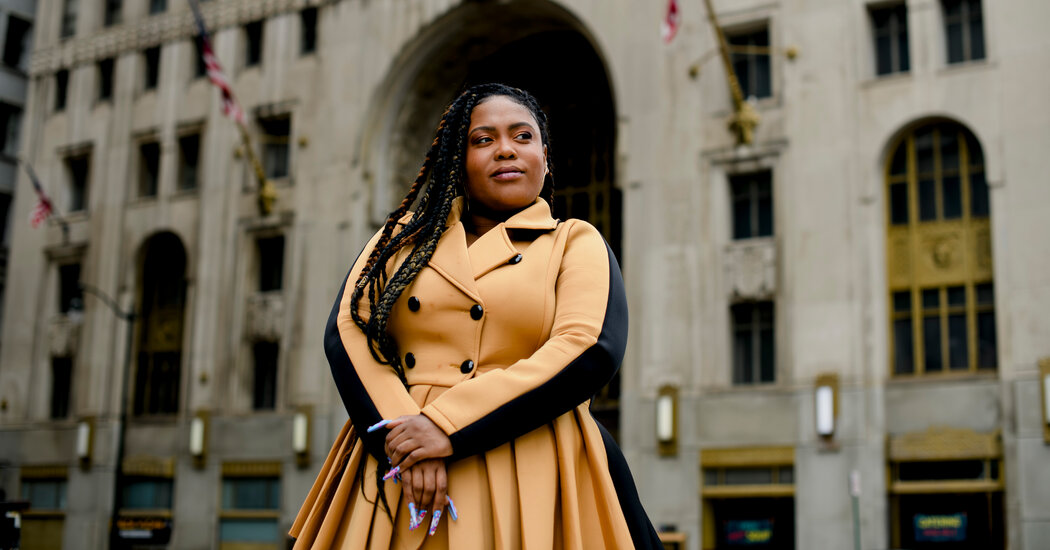 Porsha Sharon, 28, still thinks about the outbursts she witnessed from customers she served last year at Buddy’s Pizza in Troy, Mich. One woman entered the restaurant and simply ordered a pizza, to which Ms. Sharon responded, gesturing at the extensive menu: Which kind?

“Did you not hear what I said?” the customer replied, according to Ms. Sharon’s recollection. “Are you dense?”

Other customers mocked Ms. Sharon for wearing a mask. The eight-hour shifts ended with burning pain in her swollen feet. She got an offer in March to start working as an administrative assistant at a law firm, work she did on a temporary basis in college, and last month she quit the pizzeria.

“The last generation, they were miserable in their jobs but they stayed because that’s what they were supposed to do,” Ms. Sharon said. “We’re not like that, and I love that for us. We’re like, ‘This job is overworking me, I’m getting sick because my body is shutting down, and I’m over it.’”

Katy Dean, chief operating officer of Buddy’s Pizza, a Michigan restaurant chain, said abusive customers were a “challenging component” of the current climate in food service. “If a guest refuses to calm down and treat our staff with respect, we empower our managers to ask that guest to leave the restaurant,” Ms. Dean said.

This workplace moment has been branded one of anti-ambition. But for many workers, frustration gave way to an explosion of ambitious calls for better jobs: for promotions, industry switches, stable hours, sick leave, bereavement leave, maternity leave, retirement plans, safety protections, vacation time. “No one wants to work anymore,” read a sign outside of McDonald’s featured in a viral TikTok. To which former Secretary of Labor Robert Reich replied: “No one wants to be exploited anymore.”

Last year when millions said “I quit,” the reckoning reached far beyond the confines of the companies and industries at its center. White collar workers weren’t quitting jobs at the same rapid clip as those in hospitality and retail. But they made bold demands of their employers all the same, cognizant that unemployment is low and competition for talent is fierce.