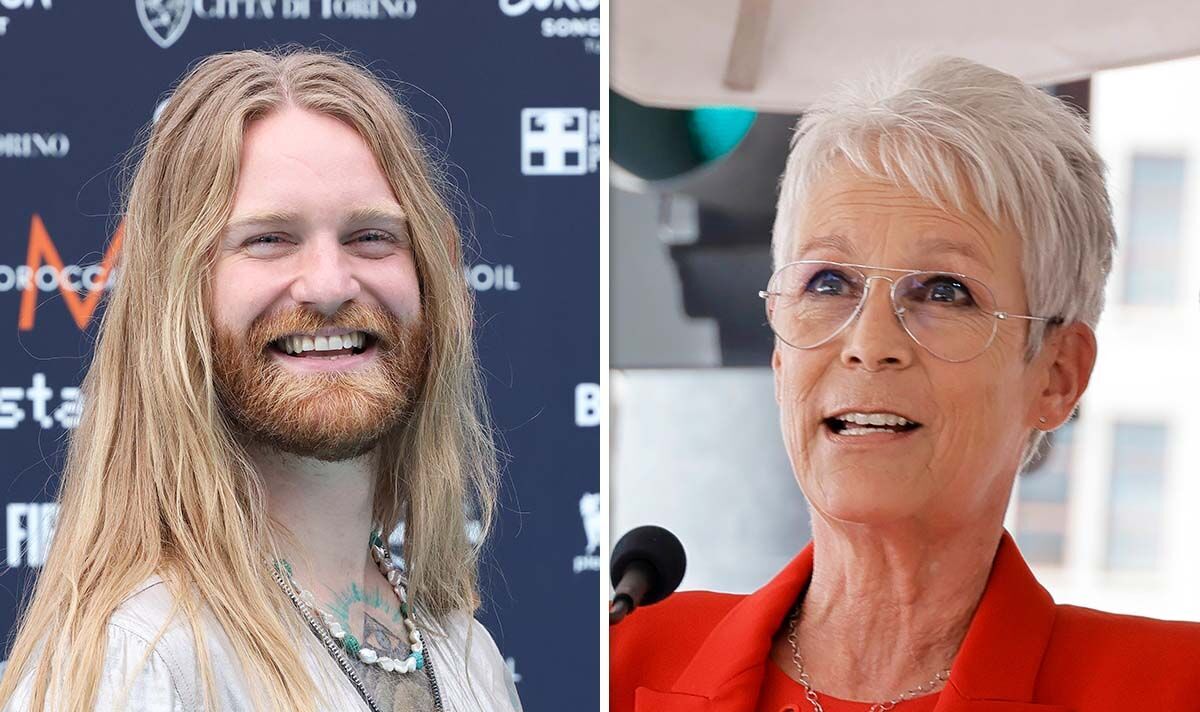 Eurovision 2022 superstar, Sam Ryder, 32, has revealed that his incredible talent has secured him an unlikely fan in Hollywood actress, Jamie Lee Curtis, 63. Sam says the Halloween legend has been “so encouraging” as he represented the UK in the Eurovision Song Contest 2022, and soared into second place.

Sam explains that Jamie Lee has been “so encouraging since day one”.

He adds: “She is so lovely. She is an absolute legend.

“I hope to meet her one day and talk about music. She loves music and she is such an interesting woman.”

Sam went on to confess that having Jamie Lee as a “fan” is “surreal”.

He continued: “At the beginning it was surreal, the fact that she’s a fan of mine will always be surreal.

“But I remind myself that everyone is just a person. We’re all going to be interested in different artists, just because someone is super well known,” he added to Daily Star.

Sam first blew the public away by showcasing his impressive vocals on TikTok.

He now has more that 12 million followers on the platform and has secured A-list fans including Sia and Justin Bieber.

Sam revealed that Sia would be his dream collaboration after she sent him a “kind” message.

He said: “Sia would be amazing, the reason why, not only is she incredible as a singer, musician, writer, person, she was the first person to root for me on social media in lockdown.

“Justin Bieber sent my video to her and she then posted it on her Instagram page with a really lovely, encouraging, kind comment underneath it.

“I think it would be amazing to finish the circle and get together in real life and sing together.

“That would just be a dream come true.”

His song, SPACE MAN, topped the jury vote but was beaten by Ukraine’s Kalush Orchestra in the public vote.

Sam’s triumph gave the UK its best result since 1998, when Imaani came second with Where Are You.

Speaking after the contest, Sam told BBC: “This is the tip of an iceberg.

“The UK is going to be a force next year.