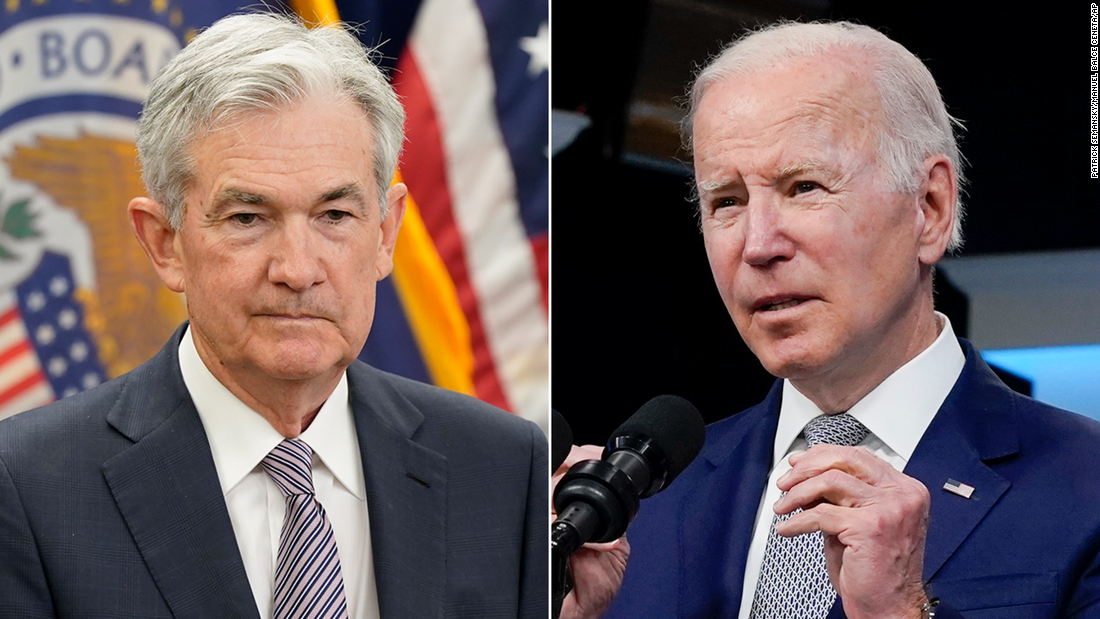 News World
admin
May 31, 2022June 27, 2022
And, let’s be honest, it’ll probably do nothing for Biden’s poll numbers, either, because Biden’s desired outcomes from the the meeting are contradictory:
That’s the dilemma Biden faced in his Wall Street Journal op-ed Monday, in which he outlined his three-part plan for tackling inflation (we added some bolding below for emphasis):

“That is why I have made tackling inflation my top economic priority. My plan has three parts: First, the Federal Reserve has a primary responsibility to control inflation. My predecessor demeaned the Fed, and past presidents have sought to influence its decisions inappropriately during periods of elevated inflation. I won’t do this.”

Biden acknowledged he does have some sway over the Fed, by appointing “highly qualified people from both parties to lead that institution.” But you usually don’t start your plan by saying, “This is my biggest priority” immediately followed by “Which is why I’m letting those guys over there to handle it.”

To be fair to Biden, his predecessors have met with Fed chairs, too. And there really is very little any president alone can do to rein in inflation. Supply chain issues, a war in Europe, China’s lockdowns and a labor shortage are beyond the capabilities of one pen stroke to fix.
And the Fed certainly has made life difficult for Biden. Economists largely agree the Fed was woefully late to take action on inflation, unhelpfully calling it “transitory” until a just few months ago (duh!) and raising rates only after inflation hit a four-decade high.

Now, at last, the Fed is taking drastic action to curtail inflation. Economists (and investors — OMG, have you seen the stock market lately?) worry that the Fed might be too late, and a double-dose of pain meds might send the economy crashing into a recession.

Of course, outside factors and the Fed don’t deserve all the blame. Biden did help juice inflation with a round of stimulus checks in March 2021. Most of that money is now coming off the books, lowering the deficit in the process, a fact Biden loves to mention (it was point No. 3 in the Journal op-ed). But it’s not like he woke up one day and suddenly became a deficit hawk: Biden was pushing for a $3.5 trillion economic plan and more Covid relief not so long ago.

This may be the most pointless White House meeting since Kanye West met with former President Donald Trump to pitch a hydrogen-powered Air Force One jet. It’s somehow both extraordinary — and extraordinarily silly.

There’s a good reason the president doesn’t often meet with the Fed chair: The Fed is supposed to be nonpartisan and apolitical, acting in the best interests of all Americans and the economy as a whole. Its noninterference gives the market stability and sends a message that data, not politics, are in charge. The president gets to appoint people to the Fed, but then gets to quietly grumble about them like the rest of us.

So there’s something inherently wrong with the president — not just this one — meeting with the Fed chair. And yet presidents keep doing it anyway. Although they’re still relatively rare, presidents have called Fed chairs to the Oval Office in each of recent past administrations: Trump met with Powell in 2019. Former President Barack Obama met with then-Chair Janet Yellen in 2016 and her predecessor Ben Bernanke in 2011. Former President George W. Bush met with former Fed Chair Alan Greenspan on several occasions.

Trump, of course, broke with that “hands-off” tradition by incessantly tweeting at Powell about lowering interest rates (which Powell ultimately did when the Covid pandemic hit and kept them there when the economy got hot again — which is what economists say got us into this inflation mess, so….)

Biden is decidedly not doing that. But he’s still making the same mistake presidents of the past have made by calling Powell to the White House: He’s trying to have it both ways, and it’s unclear who the audience is for this meeting. Biden will now get to say he met with Powell when discussing inflation (cool, we guess), but he’ll also get to remind America that the Fed is handling the situation.

Meanwhile, gas still costs $5 a gallon, and none of this really makes us feel much better.