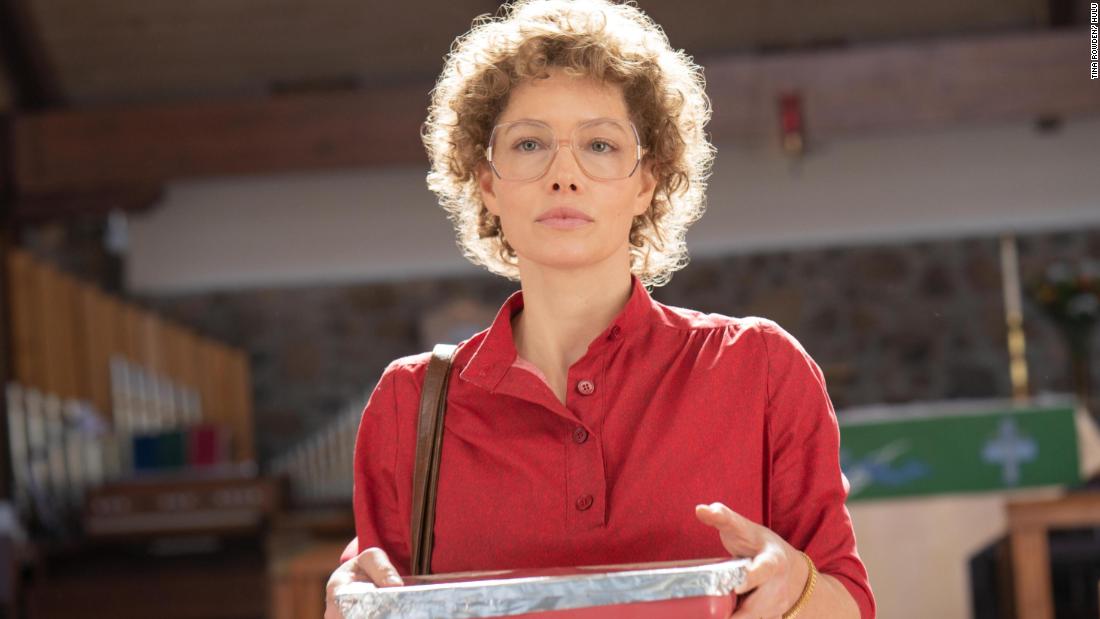 I need things to slow down a little bit. Perhaps we can all contribute to that if we sit down for a minute and consume some content.

Jessica Biel is the ultimate frenemy in this limited series, based on a real-life, gruesome crime from the 1980s.

Biel portrays Candy Montgomery, a Texas housewife with the “perfect” life who has an affair with her best friend’s husband that ends in murder.

Come for the wigs and ’80s fashion, and stay for the Lizzie Borden of it all.

“Candy” is currently streaming on Hulu.

Critics and viewers both seem to love “Hacks” — and rightfully so.

Jean Smart’s portrayal as legendary comedian Deborah Vance, who links up with young comedy writer Ava Daniels, played by the equally talented Hannah Einbinder, has resulted in some excellent TV.

The show is back with a new season of their odd-couple energy, and it’s still just as funny and yet evolving at the same time.

Speaking of new seasons, one of my favorite reality shows from last year is returning.

“Bling Empire” focuses on a group of prosperous Asian friends, which means all of the good living, all of the fashion and — of course — all of the drama.

Two things to listen to

Rap aficionados have been eagerly awaiting “Mr. Morale & the Big Steppers,” and the rapper stoked the excitement even more with the music video for his single “The Heart Part 5.” The special effects are impressive, to say the least, as Lamar’s face morphs into other stars including Kanye West, Will Smith, O.J. Simpson and Jussie Smollett.
There’s a reason Lamar won a Pulitzer Prize in 2018, and listeners are ready for his lyrics.

The new album is out Friday.

That’s what the Florence + the Machine lead singer told The New York Times as she talked about her band’s latest album, “Dance Fever.”

“The whole record is a ‘be careful what you wish for’ fable,” Welch told the publication. “The monster of the performance heard me: You don’t want to tour anymore? Sit still for a year. How do you feel now?”

Watching horror films during the pandemic has resulted in what the Times called “a collection of haunting rock songs that are frothing for release.”

Pour it on us, as “Dance Fever” is out Friday.

One thing to talk about

The “Black-ish” star recently graduated from Howard University, which he said was “30 years in the making.”

I love seeing people, celebs in particular, showing that it’s never too late to pursue your dreams. When a star does something like return to school to complete a degree, it can definitely influence others.

Especially because when you are already accomplished, including being rich and famous, there can be less motivation to do something like return to school.

So bravo to Anderson for completing his goal and reminding us that it’s possible.

Something to sip on

Another celeb who is using his fame to inspire is Harry Styles.

In his cover story for Better Homes & Gardens (I so love typing those words), the One Direction member turned solo star and actor speaks candidly about how he was at first hesitant about entering into therapy five years ago.
“I thought it meant that you were broken,” he said. “I wanted to be the one who could say I didn’t need it.”

Now, he has said therapy helped him to “open up rooms in himself,” which is apropos, given that his latest album, due May 20, is titled “Harry’s House.”

“I think that accepting living, being happy, hurting in the extremes, that is the most alive you can be,” Styles said. “Losing it crying, losing it laughing — there’s no way, I don’t think, to feel more alive than that.”

What did you like about today’s newsletter? What did we miss? Pop in to poplife@cnn.com and say hello!