Coinbase may have a savior in BlackRock, but crypto concerns remain 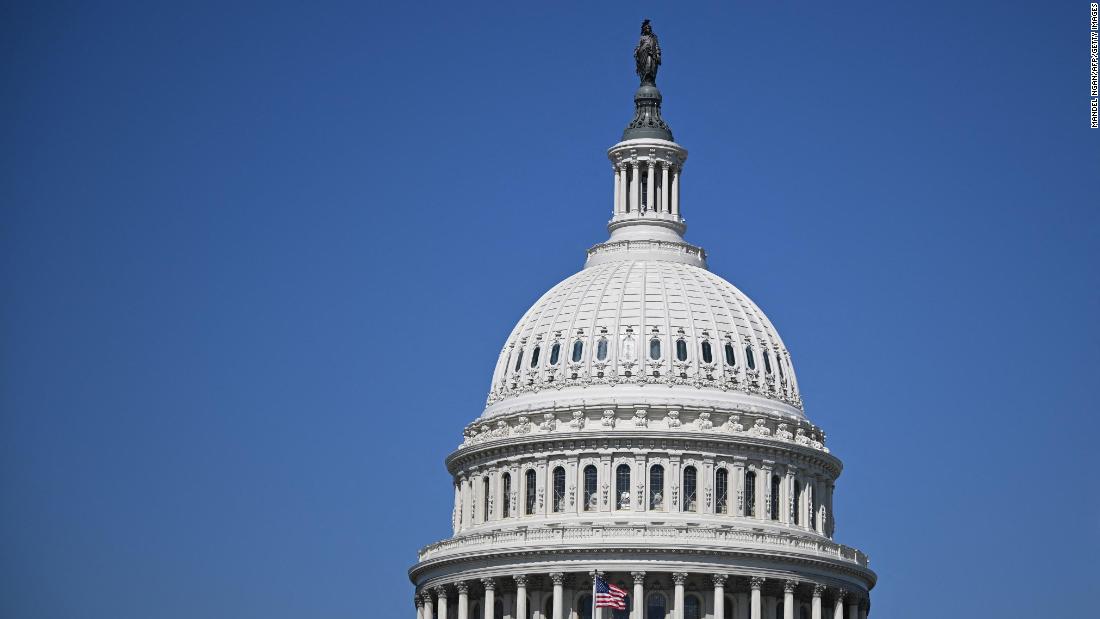 The answer in the House is likely not, but the answer in the currently evenly divided Senate is far less clear. And it’s in the upper chamber where we begin our look at the political news of the week.

Perhaps, the biggest polling shock this past week came from the state of Georgia. A Quinnipiac University poll found Democratic Sen. Raphael Warnock with a 10-point lead over Republican Herschel Walker, 54% to 44%. The result was far better for Warnock than the long-term average for the race (which has either candidate up by a point or two, depending on how the average is calculated).

But even the average indicates that Warnock could win, despite Biden’s approval rating being well below 40% in the Peach State.

The Georgia race is among several in 2020 battleground states that the national environment suggests should be leaning Republicans but polling on the ground suggests otherwise. It’s an indication that the outcome for Senate control isn’t close to being finalized.

The 2022 Senate map is rather small. Of the 35 seats up this cycle, I would categorize less than 10 of them at this point as competitive — i.e., where each side has a better than 10% chance of winning. A few races could make the difference either way.

I base that assessment off a simple data model that looks at state-level polling, national indicators (i.e., the generic congressional ballot and the President’s approval rating), the past presidential vote, whether the election was a midterm or not, and expert race ratings (by, say, the Cook Political Report).

All told, the model indicates that the most likely outcome is for Republicans to pick up a seat or two. That’s enough for a majority, as the GOP needs a net gain of just a seat for control. Considering past errors of the model, it suggests that Republicans have a roughly 3-in-5 shot at winning back the Senate.

The reason the model is so high on Senate Democrats compared with what you might expect given the national environment is simple: the state-level polling in swing states. Recent public data has looked surprisingly strong for Democrats in places such as Arizona, Georgia, Nevada, New Hampshire and Pennsylvania.

In fact, Democrats would be favored if we didn’t take into account the Republican lead on the generic ballot, Biden’s low approval rating and the tendency for the opposition party’s lead to grow during midterm elections.

State-level polling averages at this point in a midterm year has been fairly predictive of the actual fall result since 2006 (with an average difference of a little more than 6 points). It’s not all that different from state polling averages during the final weeks of a campaign (which have an average absolute error of a little less than 5 points).

On the other hand, Republicans would be favored to pick up three Senate seats, if we ignored the state polling and concentrated on the President’s approval rating and expert ratings for each seat.

It is possible that this estimate could be closer to the truth. Senate Republicans could even do better and pick up five seats.

I will admit that the 2-in-5 chance of Democrats maintaining Senate control was a surprisingly high percentage. (Although the model is very slightly more bullish on Republicans than the percentages pumped out by the far more complicated FiveThirtyEight model.)
After all, the model is trained on past years when there were a number of close Senate races at this point that ended up swinging wildly toward Republicans. Senate contests such as Arkansas in 2014, Indiana in 2016, Missouri in 2018 and Montana in 2020 jump out in my mind. All were fairly tight at this point, according to the polls, and all were won by the Republican candidates by at least 5 points, if not upward of 15 points, when all the votes were counted.
Here’s the thing though: The vast majority of races in which Republicans were vastly outperforming their polling at this point were places that heavily tilted toward the GOP in national elections.

With perhaps the exception of Ohio (though the model doesn’t view that Senate race as all that competitive), all the states with key Senate elections this year were competitive in the 2020 presidential race.

So why the big difference between national indicators and state-level polling? It could be that the latter is wrong.

But think about who the Republican nominees are or are likely to be in places such as Arizona (Blake Masters), Georgia (Walker) and Pennsylvania (Mehmet Oz). All are seen as weaker candidates, with the latter two having what most observers view as considerable baggage.

The question is whether that baggage will be enough to keep them out of the Senate with such an unpopular President in office and an economy viewed by voters as weak.

Republicans look strong in race for the House

One reason to be skeptical of Senate Democrats’ chances is what is going on in the race for the House. Republicans have maintained a position on the generic congressional ballot better than in any midterm at this point since the 1938 cycle.

Remember, Republicans only need a net gain of four seats for House control. There is every reason to think they will get it.

The macro-indicators look strong for Republicans. Beyond their 2-point advantage on the generic ballot, Biden’s approval rating is below 40%. There has never been a president with such a low approval rating whose party didn’t lose at least four seats in a midterm election. The White House party sees minimal midterm losses or gains when the president has an approval rating north of 60%.
Biden’s low approval rating makes sense given that inflation and the economy are viewed as the top issues. Consumer sentiment is low. The University of Michigan’s consumer sentiment index reading for June was the lowest it has ever been in its 70-year history.
House race ratings by experts at the Cook Political Report and Inside Elections indicate the same thing. Based on a model of expert rating data going back to 2000, House Democrats, on average, would lose around 25 seats if the election were held today. This would give Republicans somewhere around 240 House seats in the next Congress.

You might be wondering how the House and the Senate estimates could end up being so different. Both are federal elections, which are increasingly influenced by how voters feel about the president.

One explanation is that it’s all a mirage. The two outcomes could end up converging.

Another is that there is a history of Democrats doing better in Senate races, even in unfriendly terrain. Democrats won Senate seats in deep-red Montana and West Virginia in 2018, even though Democratic House candidates in those states didn’t succeed.
The correlation between feelings toward the president and the way people vote is high, but it’s lower in Senate races than it is for House contests.

The truth is that one or two great or awful candidates can sink a party’s chance of winning the Senate when there are only 35 races. That may just happen this year.

One or two great or awful candidates are very unlikely to sink a party’s chance of winning the House when there are 435 races, however.

For your brief encounters: Camp time … or not

The beginning of July is the rare time when school-age children across the country are all on summer break, unless they’re attending summer school.

For some of you, the summer may also evoke memories of camp. But most of you have no such memories.

A 2017 CBS News poll found that 56% of American adults never went to camp. Another 13% went to day camp only. Less than a third (29%) went to sleepaway camp at some point.

I went to sleepaway camp and hated it. I did enjoy baseball camp, however.

American pride drops: Just 38% of Americans told Gallup they were extremely proud to be an American. That’s the lowest percentage since Gallup started asking the question at the beginning of this century, and it continues a long-term decline of national pride.
We’re still optimistic: A Pew Research Center poll released last month indicates that 68% have confidence in the future of America. This includes a majority of both Democrats (74%) and Republicans (62%).
Light those fireworks: A day after July Fourth, many of us may still have fireworks on the mind. A 2019 CBS News poll found that 67% of Americans think personal use of fireworks should be legal. About a fifth (21%) of all Americans had bought illegal fireworks. Homer Simpson was not polled.