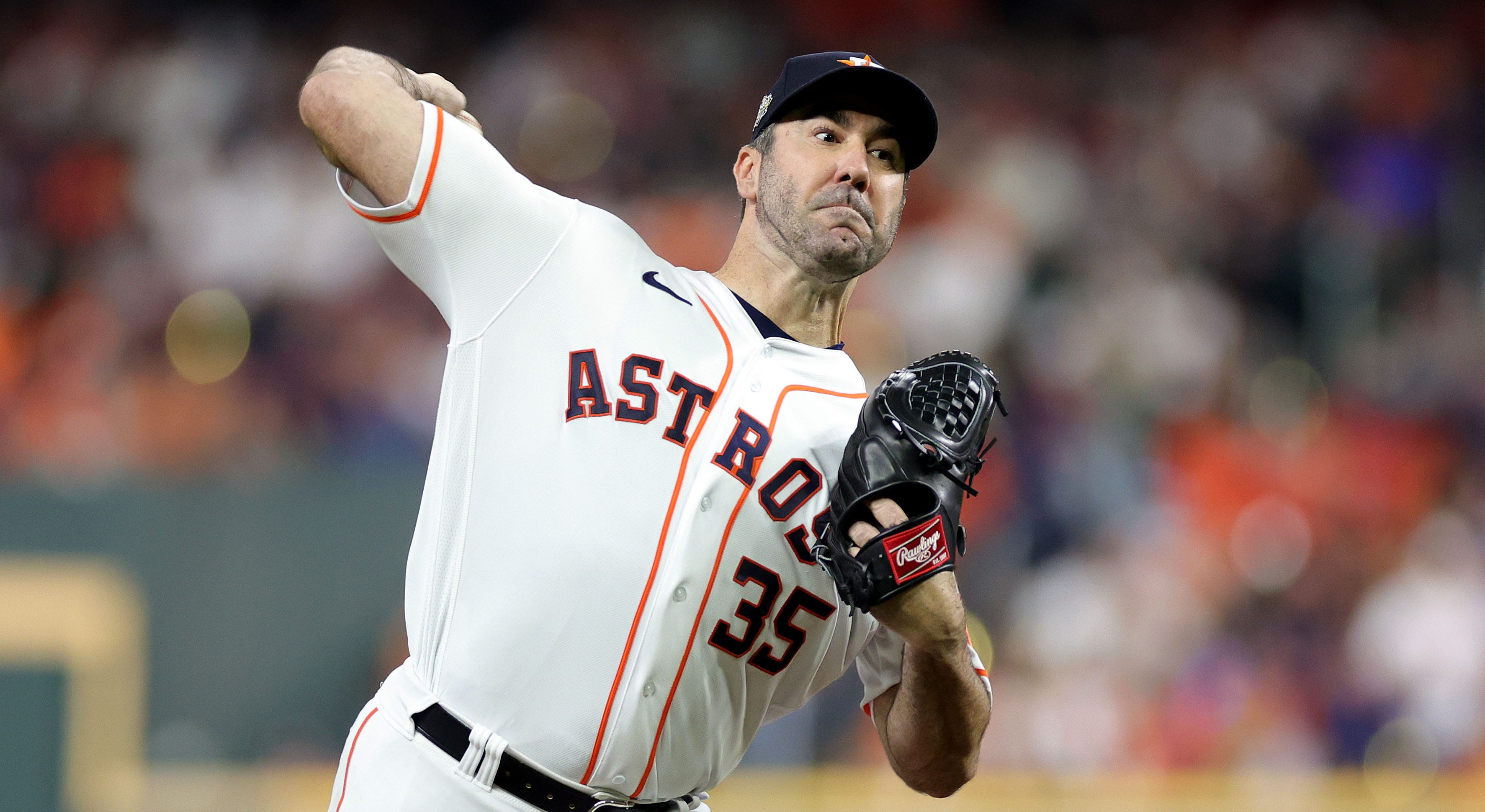 Houston Astros pitcher Justin Verlander flipped the bird to Phillies fans who watched as the Houston Astros bus arrived at Citizens Bank Park prior to Game 3 of the World Series on Monday.

As the bus began to back into its parking space, one fan caught Verlander through the window of the bus, where he made the obscene gesture toward the fans with a smile.

But he wasn’t done. When Verlander exited the bus, Phillies fans called to him where he did it again. However, it didn’t sound like many were too offended as they laughed it off.

Justin Verlander #35 of the Houston Astros pitches in the fourth inning against the Philadelphia Phillies in Game One of the 2022 World Series at Minute Maid Park on October 28, 2022 in Houston, Texas.
(Carmen Mandato/Getty Images)

Phillies fans won’t be able to jaw at Verlander in the dugout during Game 3 just yet, as MLB postponed the game on Monday night due to inclement weather in the area.

It has now been moved to Tuesday night, with Games 4 and 5 being move to Wednesday and Thursday. If necessary, Games 6 and 7 will be played on Saturday and Sunday in Houston.

The Phillies have already shown their hand in regard to their pitching assignments with the postponement, as Game 4’s scheduled starter Ranger Suarez will be moved up to pitch Game 3, while Aaron Nola, who let up five runs in Game 1, will go in Game 4.

Noah Syndergaard was scheduled to pitch for Philly on Monday night, but if he doesn’t come out of the bullpen in either Game 3 or 4, he is scheduled for Game 5 — a potential decisive matchup.

Justin Verlander #35 of the Houston Astros reacts after giving up runs in the fifth inning against the Philadelphia Phillies in Game One of the 2022 World Series at Minute Maid Park on October 28, 2022 in Houston, Texas.
(Sean M. Haffey/Getty Images)

Verlander, now, could go in Game 4 on Wednesday if manager Dusty Baker wants to use him on his regular rest. Houston didn’t have a projected Game 4 starter, though Cristian Javier was the likely candidate after Lance McCullers Jr. pitched in Game 3.

Either way, Verlander should be slated to face the Phillies on the road, and fans will be sure to give him, just like the other Houston pitchers, a hard time in the stands.

Verlander didn’t fare too well in his Game 1 start in Houston, as he allowed five runs on six hits, which brought the Phillies back into the game after he had a 5-0 lead thanks to a couple Kyle Tucker homers and a Martin Maldonado RBI single.

The Phillies would eventually win that game in 10 innings, with J.T. Realmuto’s solo homer in the top of the 10th being the deciding factor to kick off this series.

Justin Verlander #35 of the Houston Astros pitches in the fourth inning against the Philadelphia Phillies in Game One of the 2022 World Series at Minute Maid Park on October 28, 2022 in Houston, Texas.
(Carmen Mandato/Getty Images)

With Houston evening things up in Game 2 with a 5-2 win, we’ll see just how important Verlander’s next start will be for the Astros.