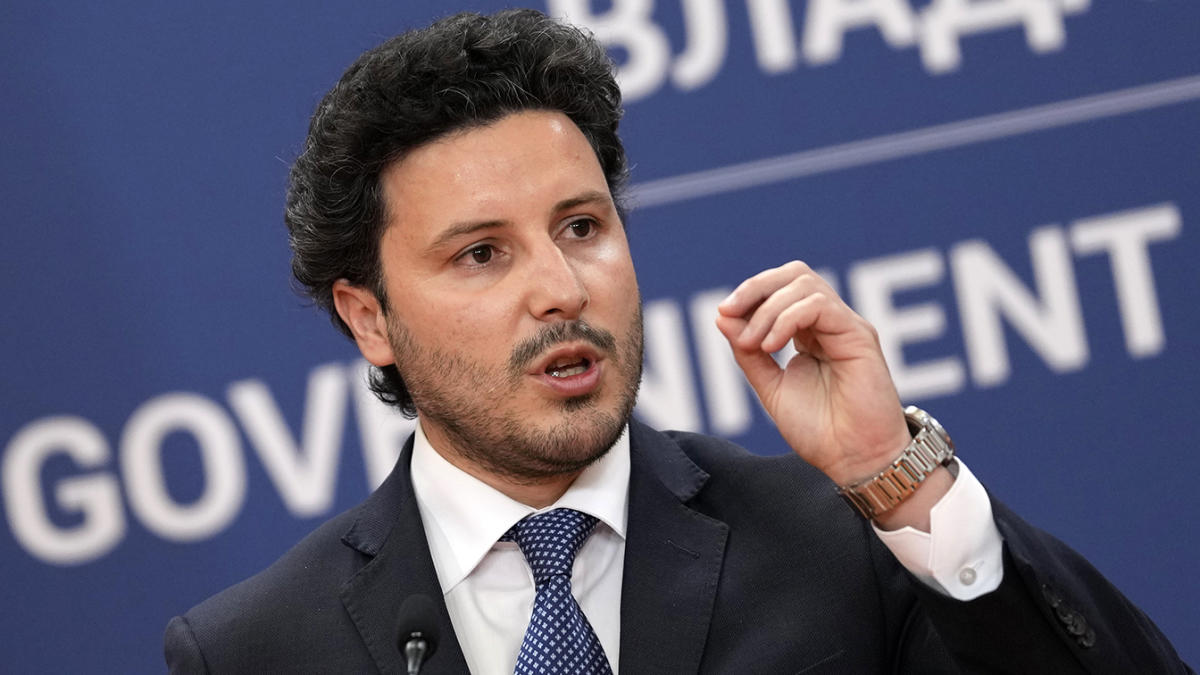 About 287 times smaller than Russia and 134 times less populous than Germany, the rugged European country of Montenegro huddles on the Adriatic Sea, constantly jostled by superpowers and the forces they unleash. The promise of the Europe that emerged from the Cold War was that small nations like this one could thrive without fear of conquest by larger neighbors. But as Ukraine recently discovered, that promise has always been qualified by reality.

That leaves the question of whether the Europe of the 21st century is, like the Europe of centuries past, fated to domination by vast superpowers, whose standing armies and nuclear arsenals all too easily shatter the dream of a unified continent.

Dritan Abazović doesn’t think so. The 36-year-old prime minister of Montenegro hails from an Albanian minority in a country dominated by ethnic Montenegrins and Serbs. Described by the French newspaper Le Monde as a “phenomenon,” Abazović has tried to engineer a departure — at least rhetorically — from the region’s hidebound politics of grift and ethnic warfare.

More likely to be found striding a bike than lounging in the back of a limousine, he has tried to pull a young country proud of its past — in its modern form, Montenegro became a sovereign nation in 2006, though the fight for independence can be traced back to 1040 — into an uncertain future, a project he has undertaken at a time of tumult unprecedented in Europe since the fall of the Berlin Wall.

“This is a problematic moment,” he told Yahoo News in a recent conversation, “which started with COVID-19. Now, from one crisis, we’re going to another crisis,” he said, referencing the Russian invasion of Ukraine that has rattled a continent in various ways. Though Montenegro is a member of the North Atlantic Treaty Organization, which has delivered vast reserves of weaponry to Ukraine, neighboring Serbia is one of the Kremlin’s key allies in Europe.

The moment is problematic for Abazović’s own prospects too. Having lost a no-confidence vote last month, one of Europe’s youngest leaders will soon become one of its youngest former leaders. A new government will be formed early next year. Until then, the ambitious young progressive sees himself as relatively unburdened, willing to say the truths others keep to themselves.

“We’re in a perfect storm,” Abazović told Yahoo News from New York, where he recently attended the U.N. General Assembly, describing Europe’s unwillingness to decisively confront Russia as more destabilizing than whatever such confrontation may bring. “I don’t know how they can stop the war with only words; I do not see this possibility in this moment,” he continued. “It needs to be something more concrete.”

Like other younger European leaders (Volodymyr Zelensky of Ukraine is 44; Sanna Marin of Finland is 36), watched as children or teenagers as the Berlin Wall crumbled and, several years later, the Soviet Union collapsed. But while Germany embraced Western democracy with an inspiring zeal, the nations of the former Yugoslavia, of which Montenegro was a part, reverted to sectarian violence, most notably in the massacre of thousands of Muslims at Srebrenica.

Balkan nations like Montenegro and Albania thus remain on the borderline between past and future. A future rife with international tourists sampling Vranac wines and Silicon Valley technology firms setting up campuses in the capital city of Podgorica is alluring but not necessarily within obvious reach. A $1 billion highway running through Montenegro built by the Chinese turned into a road to nowhere, one that threatens the tiny country’s fragile economy. (The project was financed with a loan from a Beijing bank.)

If nothing else, the war in Ukraine has been a reminder that the European peace has always been tenuous — that the continent remains a cauldron of competing cultural and economic interests.

“We will find some common solutions to help each other, like we helped each other with COVID, or we will have very big social problems,” Abazović continued, speaking in English.

Like fellow European proponents of green energy and other progressive policies, Abazović has discovered that 2022 has been a year of frustration, the aspirations of a carbon-free future crashing against the reality that Russian oil and gas are key to both their economies and their ability to stay warm throughout the approaching winter. How long will the idealism of solidarity with Ukraine last? How long before nationalists following the lead of Italy’s recently elected Giorgia Melonia harvest popular discontent for electoral gain?

“You can speak about protecting the environment, you can speak about economic progress. People are now starting to not care about that. They say, ‘I don’t care if this is sustainable,’” Abazović warns. “That can be a disaster for many years, I think that we should give our best to not give up and not let the fascist and antiauthoritarian regimes and undemocratic regimes dominate.”

Even as he stood shoulder to shoulder with other European leaders in New York and attended functions with President Biden —“We have very, very short, short, short conversation” about U.S. participation in Balkan affairs, Abazović says — he was faced with the reality of having been swamped by the very electoral politics he had tried to escape.

The no-confidence vote that will soon take Abazović out of office was a reminder of how easily the European past can overtake the European present. Trying to shore up his own fledgling government, he entered into a risky deal with the Serbian Orthodox Church, which has well-documented connections to Russia. The ensuing parliamentary backlash cost Abazović his job, in an embarrassing 50-1 vote.

Failure, it has been said, has clarifying properties, and as other world leaders carefully messaged their way through the endless procession of conclaves and informal meetings at the United Nations, Abazović enjoyed a measure of freedom, his looming unemployment perhaps letting him say what others judged was best left unsaid.

Above all, he believes that Europe has moved too slowly to blunt Russia’s invasion of Ukraine. The longer the war continues, the harder Europe will find it to address all but the most immediate priorities, like meeting civilian energy needs.

“We feel very uncomfortable. Today’s Ukraine, tomorrow can be some other country,” such as Moldova or one of the Baltics, he worries. Montenegro is unlikely to face a Russian invasion, especially since the cobbled-together Soviet nation of Yugoslavia always enjoyed a measure of independence from Moscow, due to both geographic distance and cultural difference.

European wars do, however, have a tendency to metastasize. “We need to use more active diplomacy,” Abazović says, though he is not exactly clear about what that would look like — neither he nor other European leaders want a ground war in Eastern Europe, leaving them with few options aside from sanctions for Russia and weapons for Ukraine.

Even as his own political future looks bleak, Abazović sees Europe’s collective future as far bleaker, unless Vladimir Putin’s ambitions are countered with a decisive counterpunch.

“This is going to be a really big disaster,” he predicts.

One thought on “‘Big disaster’ looms unless Putin is stopped, leader of small NATO country says”