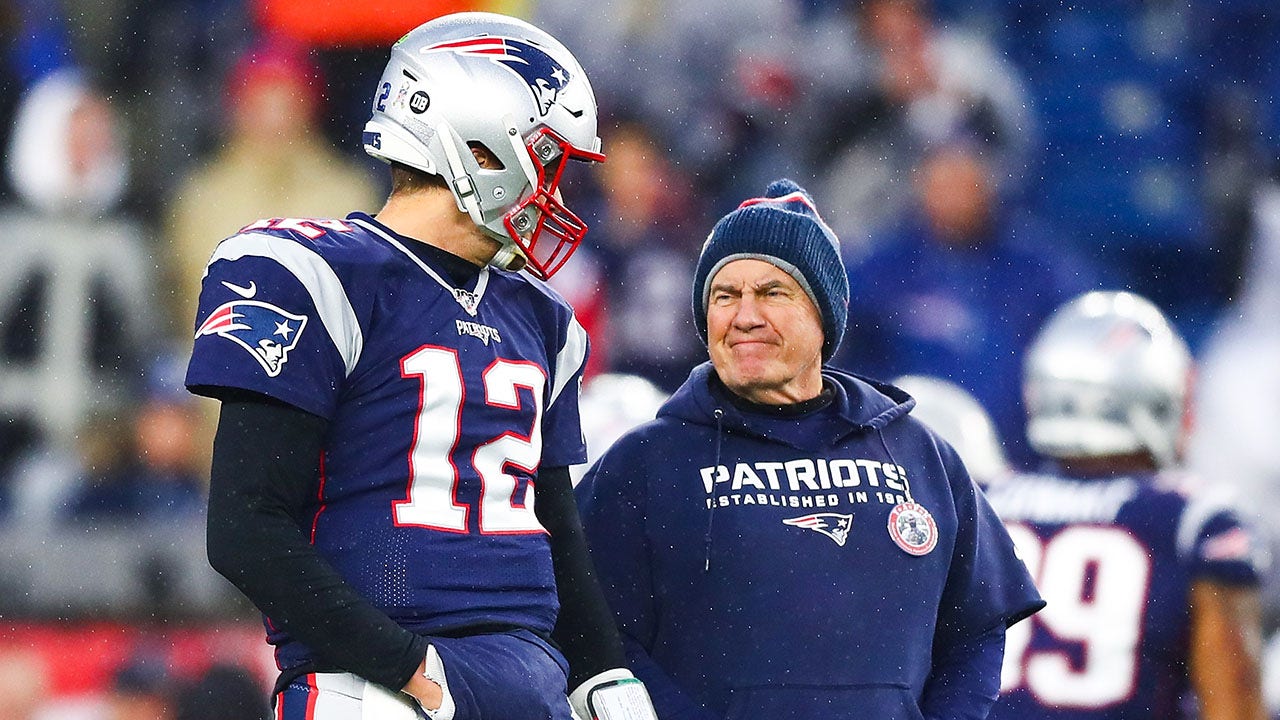 At this point, it’s no secret the relationship between Tom Brady and Bill Belichick soured in their later years together in New England.

But, apparently, Belichick reached a point when he wanted to trade Brady while the Pats were in a minor Super Bowl drought.

Tom Brady (12) talks to head coach Bill Belichick of the New England Patriots before a game against the Dallas Cowboys at Gillette Stadium Nov. 24, 2019, in Foxborough, Mass.
(Adam Glanzman/Getty Images)

Tom House, a former MLB pitcher, has worked with numerous NFL quarterbacks, including Brady. When House was working with the seven-time champion, he walked past Belichick’s office, and the coached confronted him.

House told the “The Rich Eisen Show” Tuesday that Belichick told him, “Tell me why I shouldn’t trade Tom Brady.”

House said Brady was 36 or 37 years old when the question was posed. The Patriots hadn’t won the Super Bowl since 2004.

House convinced him trading Brady was a bad idea.

“I said ‘Well Bill, the research shows that if Tom does the things he’s supposed to do … there’s no reason he shouldn’t play until he’s 45.’

House said he used his baseball studies to make his prediction on Brady.

“In my generation, you were done as a pitcher at age 32 or 33. We proved that wasn’t true,” House said. “The carryover was that when we got into football … there were only two quarterbacks that were even productive into their 40s. And so we just took what we learned in baseball and put it in front of the quarterbacks.”

Brady won three more Super Bowls with the Patriots, but the two parties still went their separate ways. Brady then won the 2021 Super Bowl with the Tampa Bay Buccaneers and is back out of retirement in search of an eighth ring.