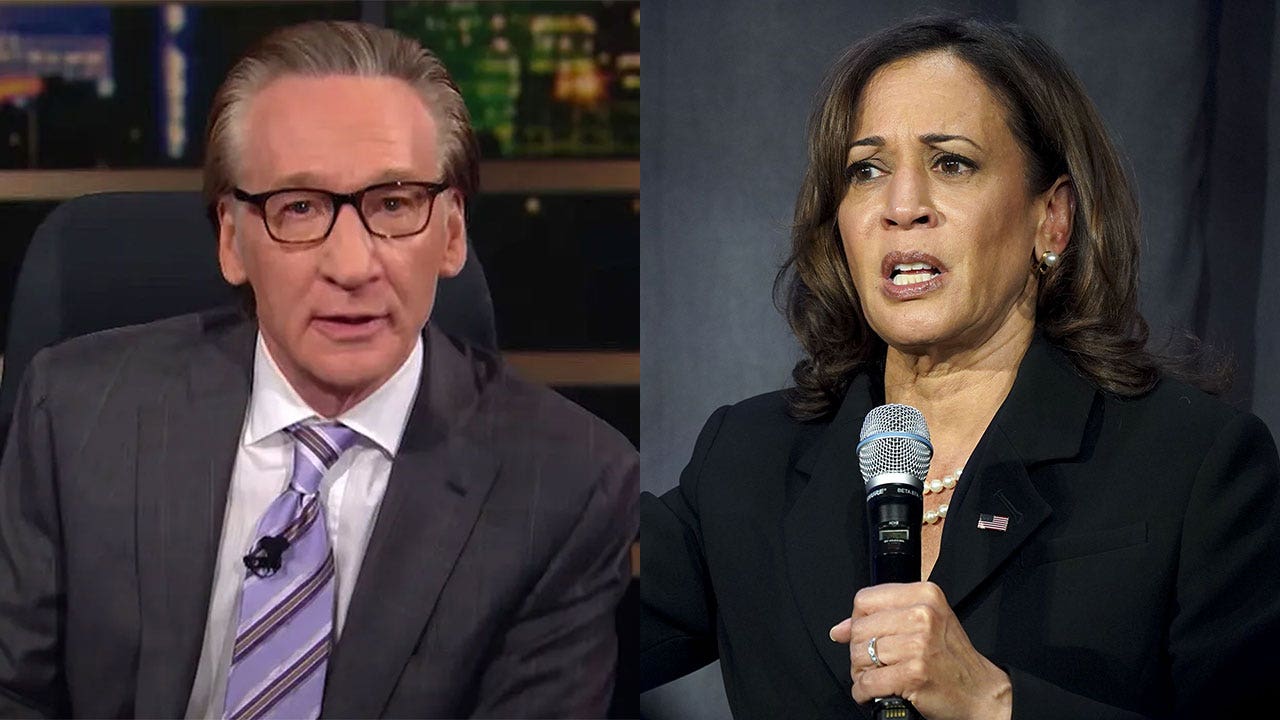 During a panel discussion Friday night, Maher addressed the “paradox” among Democrats who approve of Biden’s job as president yet don’t want him to run in 2024.

But Maher insisted that Biden “is not giving it up,” comparing him to Dracula for crossing “oceans of time” to become president.

“Once you have that real estate, and you wake up in the White House, and your office is the Oval, I just don’t think you give it up,” Maher said. “It’s very hard to take away the nomination from the president, a sitting president.”

BILL MAHER TORN ON BIDEN’S ANTI-MAGA SPEECH: I LIKE THAT HE GAVE IT, ‘BUT THE WAY HE DID IT? NOT GOOD’

“What I could see is replacing the vice president,” Maher continued, which immediately sparked applause from his liberal audience. “Because she’s just not very popular anywhere. And it didn’t seem to work out. And, I don’t know, that’s been done before on a ticket.”

The Atlantic staff writer Caitlin Flanagan pointed to Tulsi Gabbard’s brutal takedown of Harris during the Democratic primary debates over her incarceration record as California’s attorney general, calling the now-retired Hawaii congresswoman a “heat-seeking missile,” telling Maher “that was the end” of Harris’s presidential campaign.

“In addition, for some reason, an off-putting person, she also has, I think, a lot of baggage that wouldn’t do well under a lot of scrutiny” Flanagan said.

“I just think she’s a bad politician,” Maher responded. “I think she’s a very bright person, but I don’t know- I can see them doing that because a lot of the problem with ‘Biden being old’ is- oh, if he dies, then you’re going to get this person.”

CNN contributor Van Jones defended Harris, suggesting she hasn’t “found her footing” yet as VP but that she “wouldn’t be a weight on the ticket.”

Maher went on to complain that the “problem” for the Democratic Party is that they’re “so boxed in by identity politics” that it’d be impossible for the ticket to not have either a woman, a person of color or “a deaf Eskimo.”