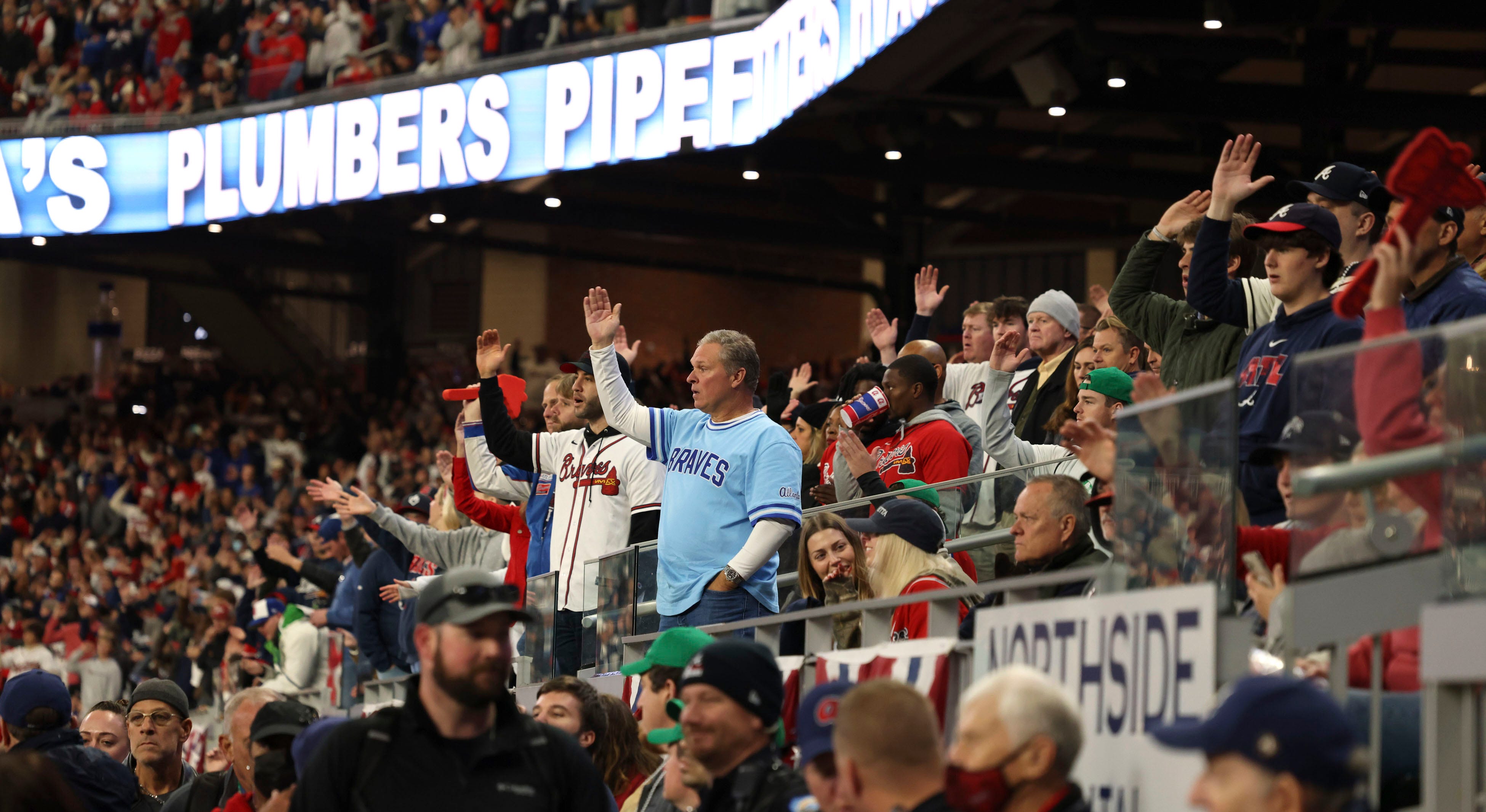 President Biden hosted the reigning World Series-champion Atlanta Braves at the White House on Monday, and press secretary Karine Jean-Pierre was asked about the controversy surrounding the team’s name and their tomahawk chop celebration.

Teams like the Washington Commanders and Cleveland Guardians have changed their names due to them being considered racist and offensive to Native Americans, but the Braves have stayed true to their original franchise namesake.

Jean-Pierre explained that this conversation is one the administration is willing to have.

Braves fans do the tomahawk chop during a Houston Astros game at Truist Park in Atlanta, Georgia, on Oct. 29, 2021.
(Simon Bruty/Sports Illustrated via Getty Images)

Last season when the Braves were churning through the postseason on their way to a World Series title, there were talks with MLB commissioner Rob Manfred about putting an end to the tomahawk chop.

However, what mattered to Manfred most was the fact that the Braves have the support of the Eastern Band of Cherokee Indians, who are based in North Carolina about three hours from Atlanta.

The principal chief of the Eastern Band of Cherokee Indians, Richard Sneed, said at the time he wished people would have more outrage for bigger issues.

“I’m not offended by somebody waving their arm at a sports game,” he said. “I’m just not, If somebody is, that’s their prerogative, it’s their right. They can be offended.… I don’t know very many, maybe one or two, from my tribe who say, ‘Yeah, I don’t like that.’”

There are some in the game, like St. Louis Cardinals closer Ryan Helsley, a Cherokee nation member, who has said he finds it offensive. The Braves temporarily stopped the chop during the 2019 NLDS.

But since then, Truist Park, the home of the Braves, has had the Jumbotron showing tomahawk images with accompanying music to go along with it for fans to perform the chop.

At Truist Park, the home of the Braves, the Jumbotron shows tomahawk images with accompanying music to go along with it for fans to perform the chop.
(Simon Bruty/Sports Illustrated via Getty Images)

The Braves clinched another postseason berth this season, as they aim to defend their title. They are still seeking the NL East lead, which is currently in the New York Mets’ possession by 1.5 games entering Monday.