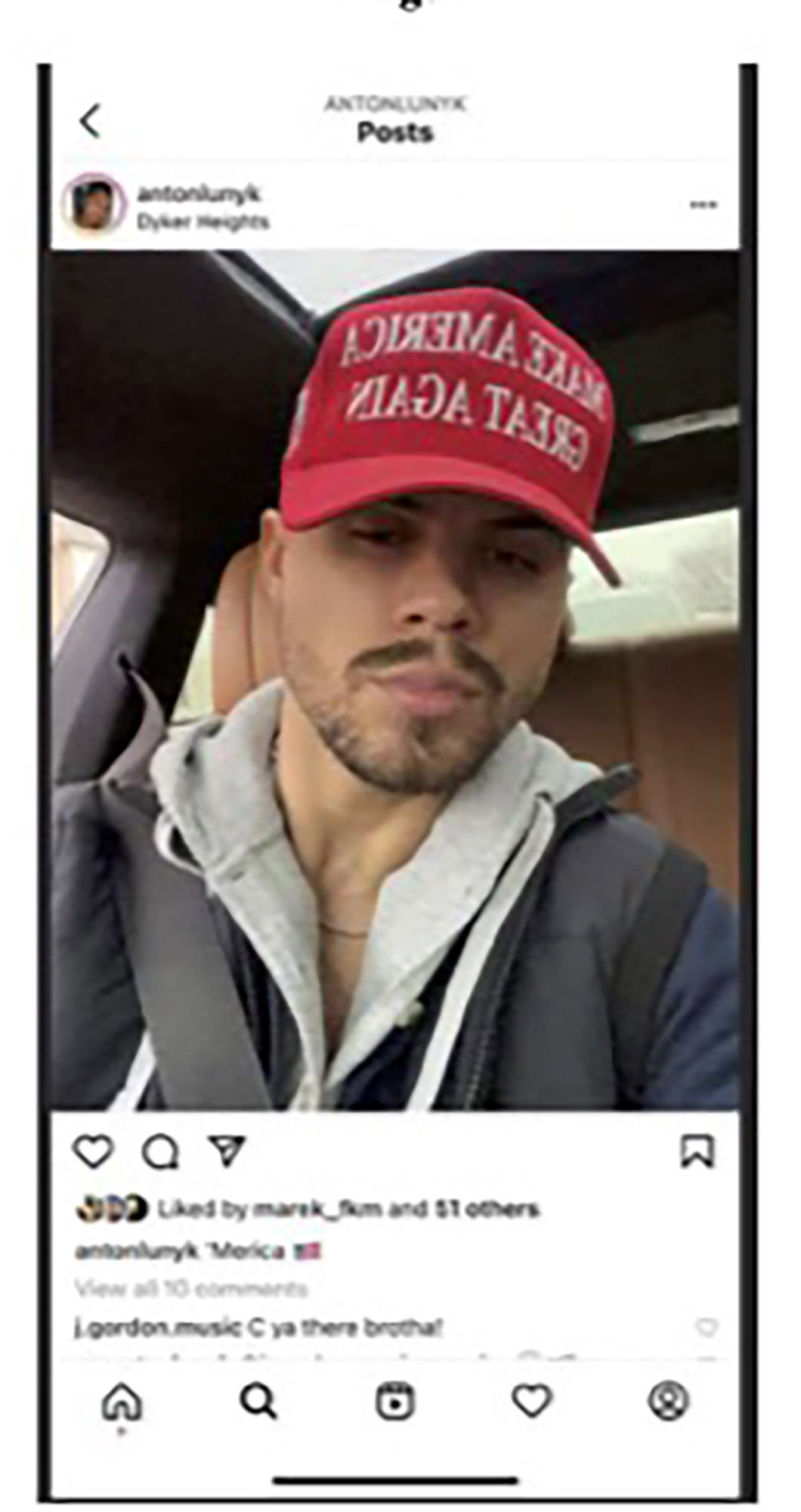 NEW YORK — A Brooklyn man who stormed the Capitol on Jan. 6 has been identified as the recipient of a mysterious nine-second phone call from the White House placed during the riot.

Anton Lunyk, 26, of Midwood, Brooklyn, admitted joining the attack with two buddies and is the owner of the phone to which someone at the White House briefly called during the riot, CNN reported Monday.

The mystery call was revealed by former Jan. 6 committee staffer and ex-Rep. Denver Riggleman, R-Va., in an interview on CBS News’ “60 Minutes“ on Sunday.

Riggleman, who is promoting his new book about the committee’s work, framed the call as a smoking gun that Trump or someone on his team was cheering on the attack in real time.

“Was it an accidental call?” Riggleman mused. “When the White House just happened to (call) a rioter that day, on January 6th? Probably not.”

But investigators and members of the Jan. 6 committee reportedly downplayed that claim, noting that Lunyk says he doesn’t know anything about the call and doesn’t know Trump or anyone on his staff.

The call was placed shortly after Trump tweeted a call for his supporters to “leave peacefully.”

Federal prosecutors allege that Lunyk came to Washington, D.C., “for the chaos” with his friends, Francis Connor and Antonio Ferrigno.

“Our end goal was to brutally murder Pence and Pelosi,” Connor wrote in an Instagram message to Ferrigno and Lunyk two days after the riot, CNN reported. “And sadly, today they’re still breathing, therefore we must come back stronger and fiercely next time around.”

The call from the White House was not mentioned at the sentencing for Lunyk and his two friends, who received sentences of home confinement and small fines along with a tongue lashing from a federal judge.

“The three of you just come across as real knuckleheads,” U.S. District Judge Rudy Contreras told them. “You all could use a strong dose of maturity.”

One thought on “Brooklyn man identified as Capitol rioter who reportedly received phone call from White House on Jan. 6”