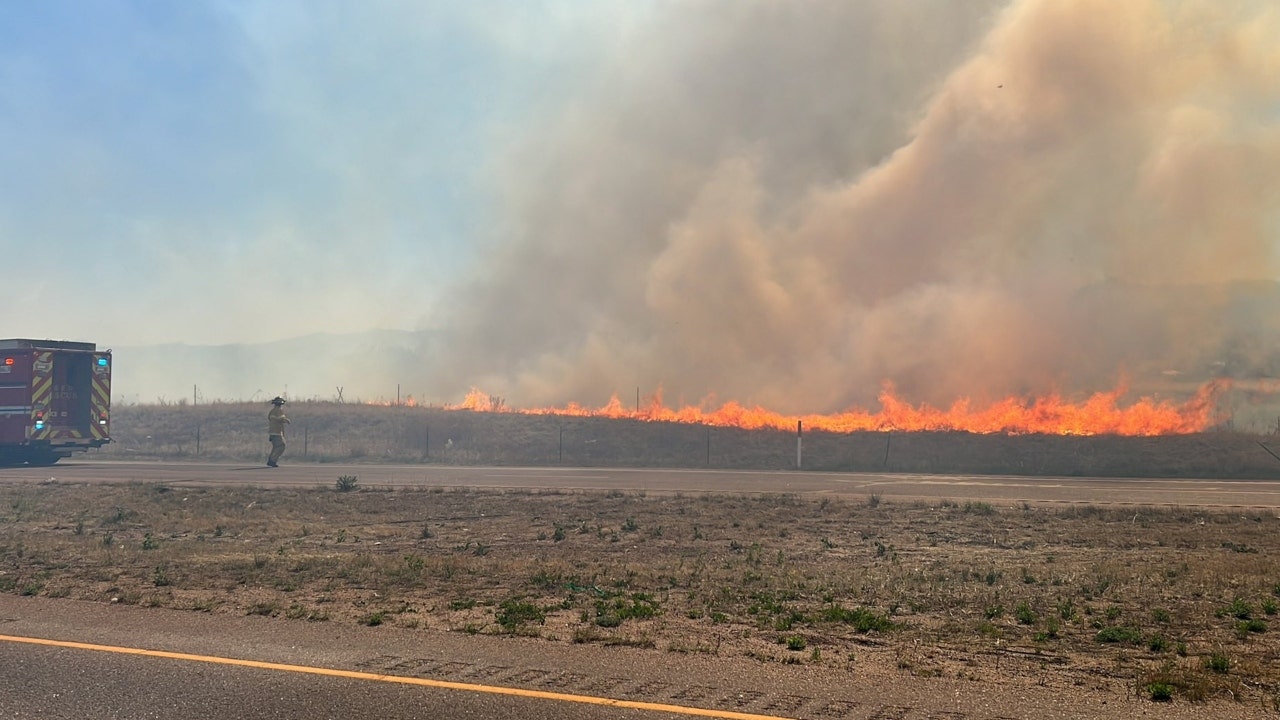 On Thursday, a shelter-in-place order was issued at the Colorado Springs Airport as a grass fire burned nearby.

All inbound operations were suspended and outbound flights were canceled.

“We would like to thank everyone for their continued patience during this stressful situation,” the airport tweeted.

Evacuation orders for the nearby Alturas Fire were later lifted, according to the El Paso County Facebook page.

Fox 21 reported that the nearly 200-acre fire is considered knocked down.

The fire was reportedly sparked by the catalytic converter of a sheriff’s office vehicle.

Evacuation orders were also lifted for the Akerman Fire in the area of Stetson Hills and Anna Lee.

The Colorado Springs Fire Department said that the fire was 100% contained and had burned 30 acres.

The Gazette reported that a man has been cited on suspicion of firing woods or prairie after officials determined that the cause of the fire was from a residential fire pit.

The outlet reported Friday that the fire was under control.

In Teller County, the sheriff’s office said the High Park Fire was 0% contained and had spread to about 400 acres.

No structures were damaged and more than 100 people were evacuated.

All of this comes after authorities said venting propane tanks and winds aided in the spread of a fire that destroyed eight mobile homes at the Skylark Mobile Home Park.

Firefighters responding to the scene were met with flames shooting upward of 50 feet.

No injuries were reported and investigators have not determined what caused the fire.

According to the National Interagency Fire Center, nine large fires have burned 352,468 acres in five states this year.