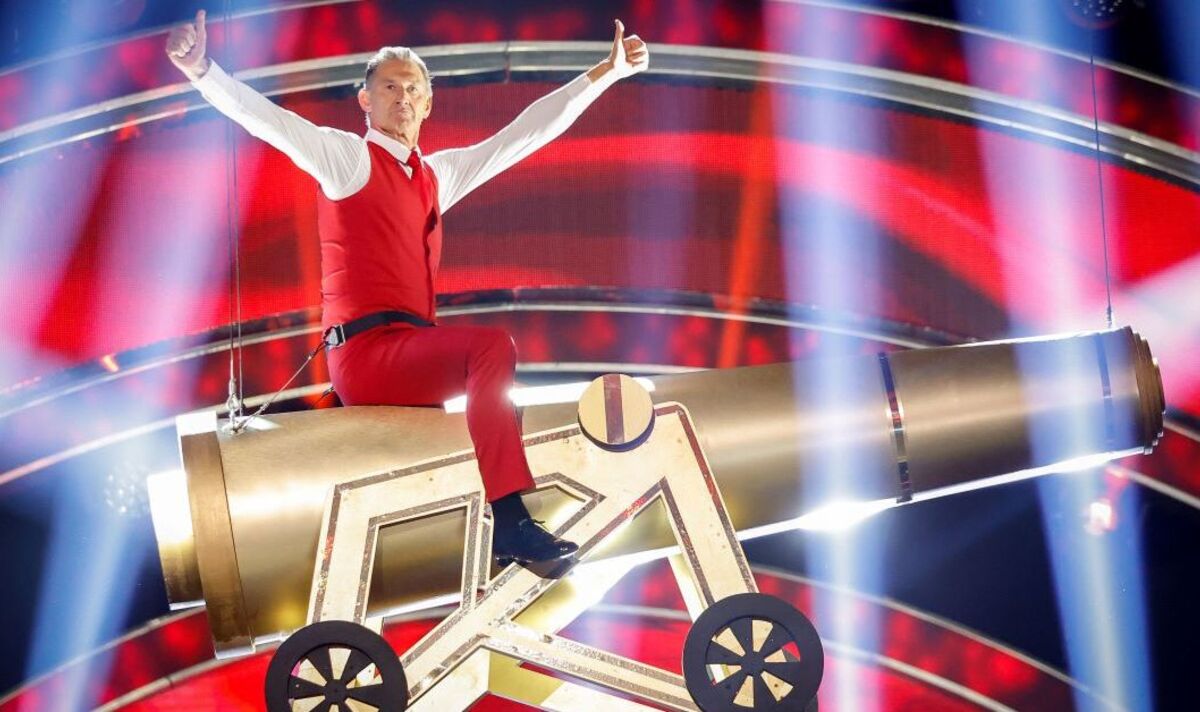 The footballer revealed that wife of 20 years Poppy has been in close contact with his partner Katya Jones to tell her how to handle him.

He said Poppy wasn’t worried about the “curse” – when relationships end because of closeness on the show – and joked “she’s trying to get rid of me, that’s why she pushed me into doing it”.

Tony said he was pleased to be on the dance floor at all after a heart scare seven years ago. He needed surgery after doctors found a blocked vein and he said he hoped that dancing would improve his physical and mental health.

But he said the main reason for his being on the dance floor was to raise awareness for mental health – an issue dear to his heart. Tony made his debut live appearance on BBC last night dancing to the tune Go West by Village People, an Arsenal anthem.

Tony, 55, who is the oldest man in this year’s series, has been sober for 26 years and says his professional partner will not let him back out of the 50 rigorous training hours a week.

Of his wife’s reaction to him signing up for Strictly, Tony said: “I think she’s trying to get rid of me, that’s why she’s pushed me into doing the show. “I’ve had enough of you! It’s been 20 years, please, please off you go!””

He added: “She’s not the slightest bit worried. Luckily, when I met Poppy 20 years ago, we had a spiritual connection – we don’t live in the physical world or we’d be struggling.”

Russian dance champion partner Katya, 33, revealed: “Me and Poppy have good chats, to make him work harder! I’ve been over to dinner, met the dog, and the daughter, they are absolutely lovely. Meeting them was the second best moment – the best was when they came and watched Tony dance for the first time, their reactions were absolutely priceless.

“It almost made Poppy cry, she tried to hold herself. Their daughter Iris and Poppy just looked at each other in disbelief – they were saying to Tony “This is it, This is for you”.”

She said Poppy had briefed her on how to get the best out of Tony. She said: “She told me he loves the mirror, he’s very vain, so as long as I tell him how amazing he is doing he’ll be OK. Halfway through a dance he says “I’ve got this”, and I say “no you haven’t.””

Speaking of how his brush with death encouraged him to take part in the show, Tony said: “With the heart condition, I shouldn’t be here, I was 49, I should be dead, so every day is a bonus. You kind of get to the stage where, actually, I’ve got no jobs on at the moment.”

He said: “Ask people for help. That’s my message and that’s why I’m on the show. Everything else is a bonus. Music is a good therapy base as well, it’s fantastic how it can help people, dance and music, wonderful for the spirit.”

After a career at the top of football he said he was amazed at how much the professional dancers have brought new skills to the celebrities in just a few weeks.

“My admiration goes out to all these dancers. I didn’t realise they were so professional, athletic and fit. Mentally and emotionally, they’re on it.”

When he went into rehab and one-on-one therapy for his drink addiction, sport, movement and dance weren’t part of the treatment.

He said: “One of the things I noticed 20 years ago when I started Sporting Chance, no one was getting physical therapy. When I go for a cycle or a run, I feel different, it’s connected, you know the mental health and the physical health.”

Tony also says he will go for it clothes-wise in the ballroom. “I’m used to performing. I’ve got that kind of in my background as if it’s match day. Bring it on. Have you seen my 1998 topless England pictures? GQ man of the year 1998? It’s still there, my wife is comfortable with everything.”

Even his kids should be proud, he said. “I don’t think they will be embarrassed – I think they’ll be quite proud of the old man. I’ll give it a go. I think they’re a little bit excited.”

One thought on “Curse of Strictly? My wife would be happy, says Tony Adams”