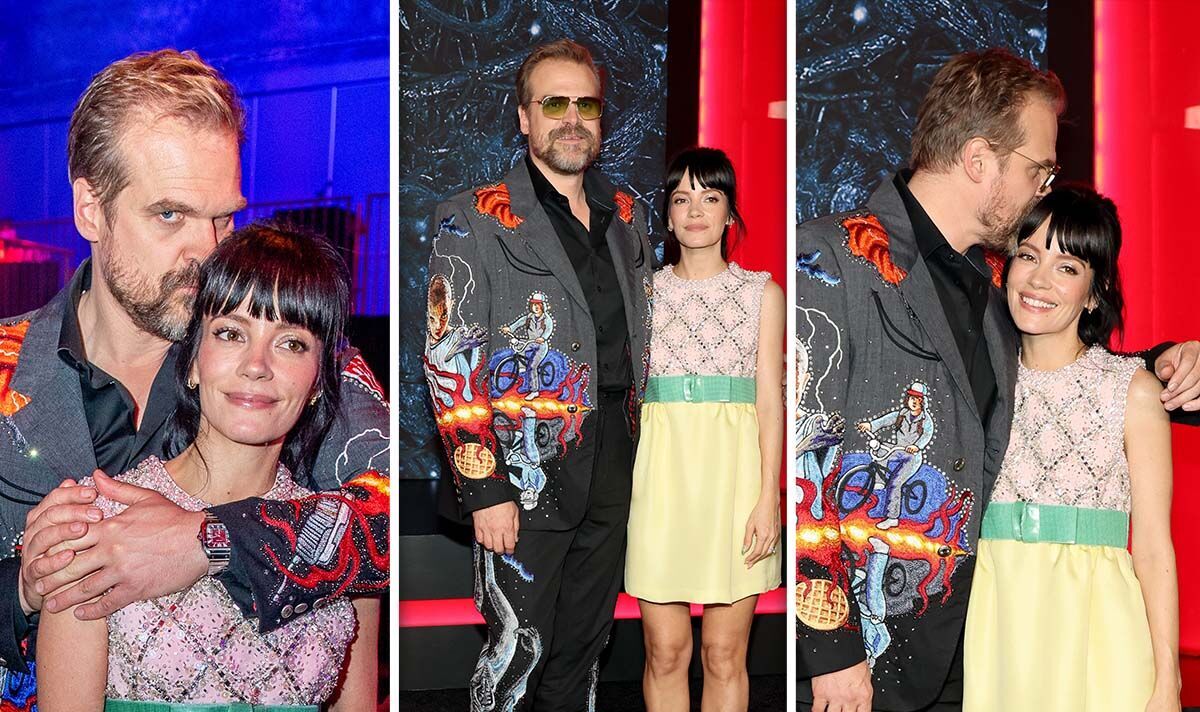 David Harbour, 47, posed on the red carpet with his singer wife Lily Allen, 37, at the New York premiere of Stranger Things. The couple looked extremely loved up as they were pictured hugging and kissing upon arrival at the much-anticipated event.

David stole the show with a Stranger Things-inspired ensemble.

His impressive outfit consisted of a dark grey suit which was adorned with illustrations from the show’s first three seasons.

Lily opted for a bejewelled mini dress with a cream skirt and bright green belt to cinch her at the waist.

The couple were joined by Lily’s daughters, Marnie and Ethel, and the family posed up a storm on the red carpet.

The highly anticipated fourth series of Stranger Things will debut on Netflix on Friday, May 27.

It is scheduled to be released in two volumes with the second batch streaming on July 1.