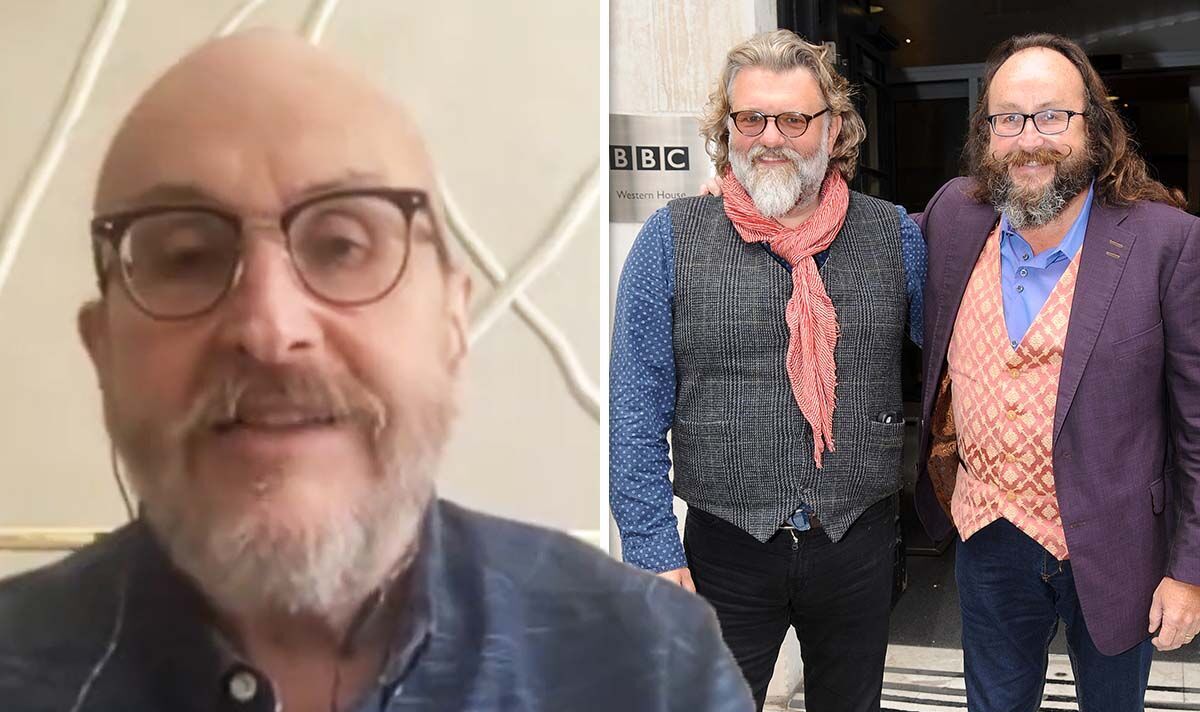 Hairy Bikers star Dave Myers, 64, has been seen for the first time since he received chemotherapy. The chef confirmed he had been diagnosed with cancer earlier this month, however he has chosen not to reveal his specific diagnosis.

In a new video shared on Friday, Dave seemed in good spirits as he appeared on Zoom to record an episode of the Agony Uncles podcast alongside co-stars Si King and Tasha Hall.

Dave debuted his new bald head and had a big smile on his face throughout the duration of the clip.

He giggled: “Years ago, I went skiing in Switzerland.

READ MORE:Dennis Waterman’s cause of death given after secret two-year battle

“I used to stay in a bunkhouse, so it was posh skiing, but it was on the cheap.”

Dave lowered his voice and chuckled: “And, um, I ended up with a German policewoman.

“She was a strong lady.”

Before Dave could finish his sentence, his wife Liliana could be heard in the background shouting: “I heard that!”

Karen said: “Great to see you Dave and the fact that you are still getting told off by your wife. Take care and lots of for a full recovery.”

And Lisa gushed: “You’re rocking the bald look Dave! Keep going, you’ve got this. Love to you and your loved ones and of course Si.”

Dave opened up about his health issues on a separate episode of the podcast earlier in May.

He confirmed he would be receiving chemotherapy but maintained he is “going to be fine”.

He told Si: “I may be a baldy biker for a while… it’s simply something I have to live with.

“Anyway Kingy, I’ve got to come clean now, I haven’t been too well recently and basically, I’ve got to have some chemo, you know all this anyway, so this year is going to be a bit quiet for me.”

Despite not wanting to go public with his illness, Dave said he had to speak up because he doesn’t want to be hiding “under a rock”.

He went on to ask fans to “respect [his] privacy” and assured them his “prognosis is OK”.