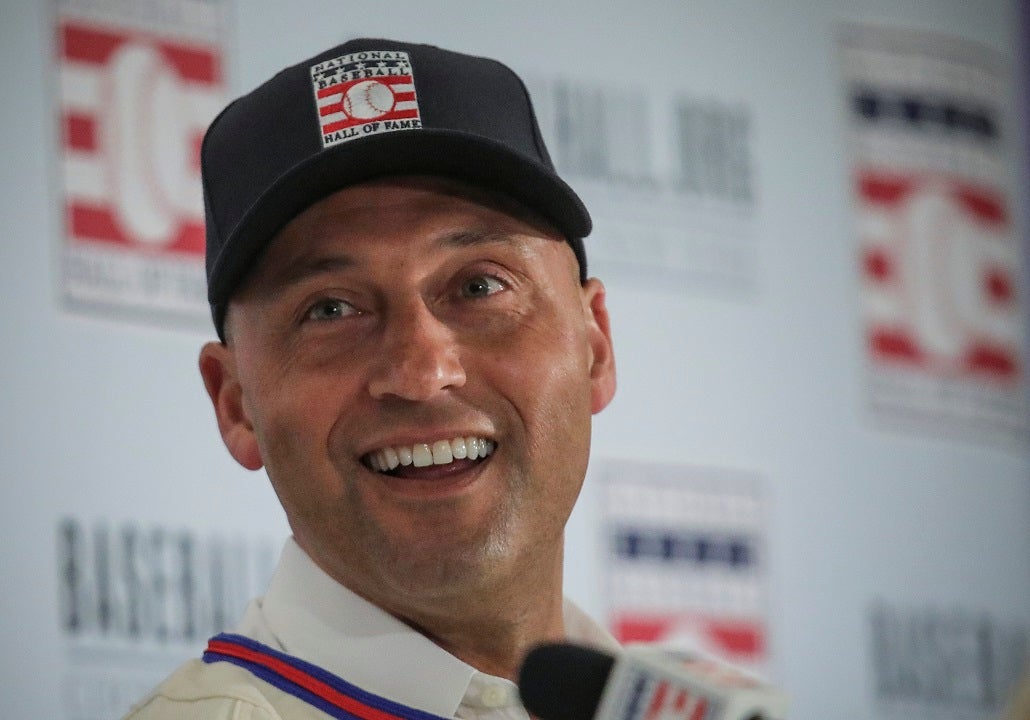 Derek Jeter poses with his plaque during the Baseball Hall of Fame induction ceremony on Sept. 8, 2021, in Cooperstown, New York.
(Jim McIsaac/Getty Images)

“What’s up everyone? I’m about to start a busy summer so I thought, hey why not add a little more craziness and dive right in here? Now, what all will I be posting? I guess time will tell, but I am looking forward to sharing with you some of the projects I have on the way,” Jeter said in his first Instagram video. “I’ll give you a taste of what Miami makes home, I’m going to highlight the really special work we’re doing at the Turn 2 Foundation and more. But, take it easy on me. I’m new to this.”

Jeter created the “Turn 2 Foundation” in 1996 with his father, with the mission to turn kids away from drugs and alcohol while steering them toward a healthy lifestyle.

Jeter’s wife, Hannah Jeter, appeared to have some fun with her husband’s new social media presence, posting a photo of Jeter as a baby to Instagram.

“It’s never too late to be an influencer,” Hannah Jeter posted to Instagram. “You got this babe.”

Jeter then showed his humorous side, having some fun with a picture from his childhood.

It’s been an eventful year for Jeter, who was inducted as a first-ballot member of the 2020 Hall of Fame class in September. Jeter played 20 years in the big leagues, all with the New York Yankees, winning five championships along the way.

Derek Jeter, CEO of the Marlins, watches batting practice before a game against the Philadelphia Phillies, Oct. 2, 2021, in Miami.
(AP Photo/Lynne Sladky)

In February, Jeter announced that he was stepping down as CEO of the Miami Marlins, saying the vision for the franchise was “different than the one I signed up to lead.”

In April, it was announced that ESPN will be airing a three-part documentary on Jeter’s career called “The Captain.” It is scheduled to air in July.