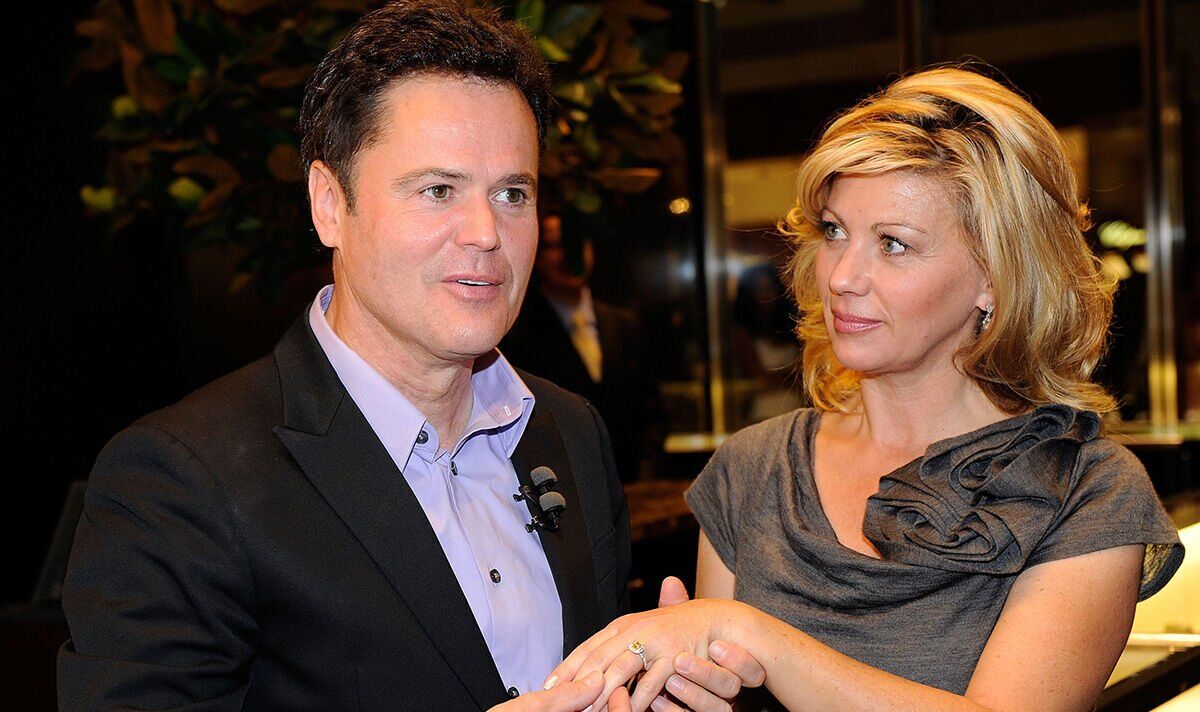 Lori penned: “The question is, how could she not marry you after seeing you in your captain purple uniform? Most women love a man in uniform, I know I do.” (sic)

“I’m sure she was thrilled to be a rather large pumpkin! Too funny and great pix!” added Darlene with a laughing emoji.

Donny is an American singer, dancer, actor, television host, and former teen idol who got his start performing with four of his elder brothers as The Osmonds.

He then went on to find further success with his sister when they formed the variety series Donny & Marie.

In more recent times, Donny headlined an 11-year Las Vegas residency at the Flamingo Las Vegas between 2008 and 2019 and has done a number of reality TV stints, including Dancing with the Stars and The Masked Singer.

One thought on “Donny Osmond shares rare insight into proposing to wife Debbie: ‘What was I thinking?’”