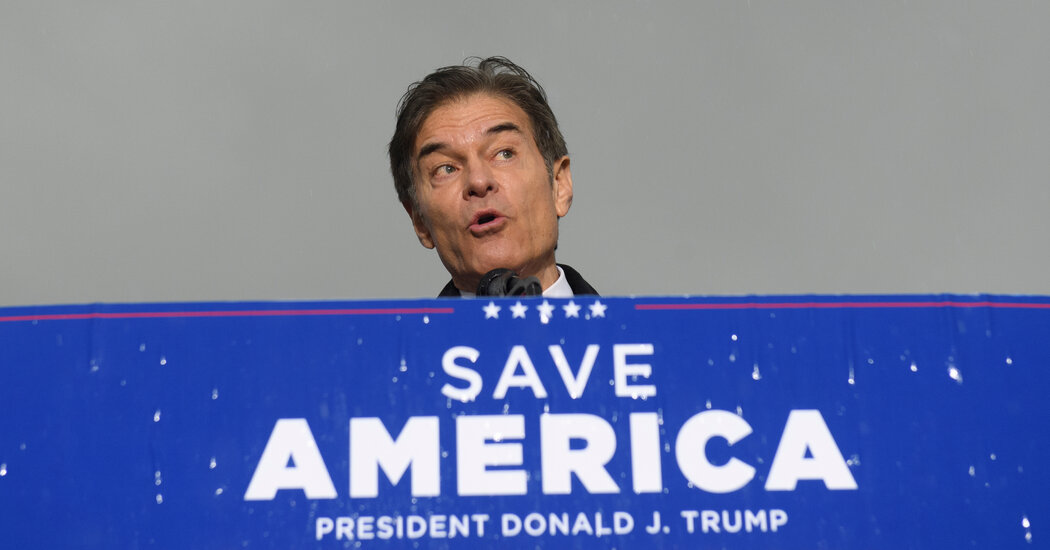 Dr. Oz drifted into the Republican battle last fall, just over a week after Mr. Trump’s first endorsee, Sean Parnell, bowed out following accusations of abuse from his estranged wife. There were other Republican contenders happy to debase themselves in pursuit of Mr. Trump’s blessing, most notably David McCormick, a former hedge fund executive and Bush administration official. But Mr. Trump — surprise! — ultimately went with the sycophant who was also a television star. That really is his sweet spot.

“You know when you’re in television for 18 years, that’s like a poll,” Mr. Trump has explained of his decision. “That means people like you.”

Even after Mr. Trump’s endorsement, the race has remained tight. At the Greensburg rally, some in the crowd repeatedly booed the mention of Dr. Oz. Many had questions about his authenticity and values — or, more basically, what the heck a longtime Jersey guy is doing in their state.

Anyone who takes public service and leadership seriously should be troubled by Dr. Oz’s glaring lack of experience in or knowledge of policy, government and so on. That, sadly, applies to few people in today’s Republican Party, which regards experience, expertise and science as a steaming pile of elitist hooey.

Even more disturbing may be Dr. Oz’s devolution from a highly regarded, award-winning cardiothoracic surgeon to a snake-oil peddling TV huckster. Before this race, his closest involvement with the Senate was when he was called before a panel in 2014 to testify about the sketchy weight-loss products he had been hawking on his show.

Then again, Republicans elected a shameless TV huckster to the presidency. This clearly isn’t a deal breaker for them.

But MAGA world has its own concerns about Dr. Oz. For starters, his Turkish heritage — he holds dual citizenship and trained in the Turkish Army — has put him crosswise to the Republican Party’s ascendant nativism. His primary opponents and their supporters have suggested his Turkish ties make him a national security risk. Mike Pompeo, Mr. Trump’s former secretary of state and C.I.A. director, has said Dr. Oz owes voters a clear sense of the “scope and the depth of his relationship with the Turkish government.”