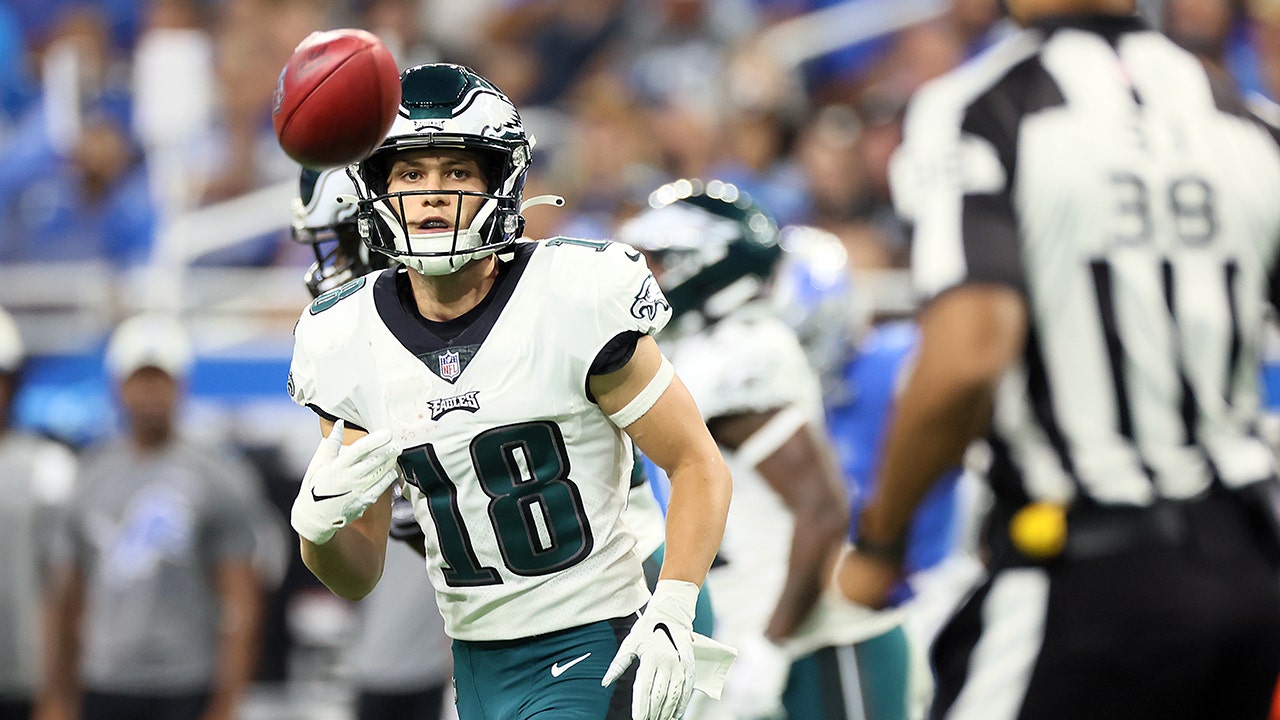 Britain Covey made the Philadelphia Eagles’ 53-man roster to start the 2022 season after being an undrafted free agent out of Utah.

Covey, 25, was a First-Team All-Pac-12 member as a returner, and it is at that position where he got his start with Philadelphia this season. He made his debt in Week 1 on the road against the Detroit Lions and had two punt returns for 13 yards.

But his home debut didn’t start out as planned.

Wide receiver Britain Covey, #41 of the Philadelphia Eagles, runs for a gain during the first quarter of a preseason game against the Cleveland Browns at FirstEnergy Stadium on Aug. 21, 2022 in Cleveland.
(Jason Miller/Getty Images)

He explained to ESPN Wednesday he was denied entry to the players’ parking lot as the parking attendants did not recognize him. He had been shuffled between the active roster and the practice squad during the week.

Britain Covey, #18 of the Utah Utes, rushes for a touchdown against the Ohio State Buckeyes during the second quarter in the Rose Bowl Game at Rose Bowl Stadium on Jan. 1, 2022 in Pasadena, California.
(Sean M. Haffey/Getty Images)

Covey said he had to park in a general parking spot outside Lincoln Financial Field, and a few fans recognized him on his way to the stadium

“I’m not that far removed from being that 13-year-old at a tailgate throwing a football, and it inspires me to just remember where I come from,” he added. “I’m determined to prove myself here, and you have to start from where you started, and that’s the bottom, and prove yourself. Honestly, for me, it’s a great story because it reminds me of my mentality. … It makes me want to play better; it makes me want to be better.”

Covey had three turns for 14 yards on Monday night in a win over the Minnesota Vikings.

Philadelphia Eagles wide receiver Britain Covey, #18, tosses the ball to back judge Rich Martinez, #39, during an NFL football game between the Detroit Lions and the Philadelphia Eagles in Detroit on Sunday, Sept. 11, 2022.
(Amy Lemus/NurPhoto via Getty Images)

He was sent back to the practice squad during the week.

Ryan Gaydos is the sports editor for Fox News and Fox Business. Story tips can be sent to [email protected]