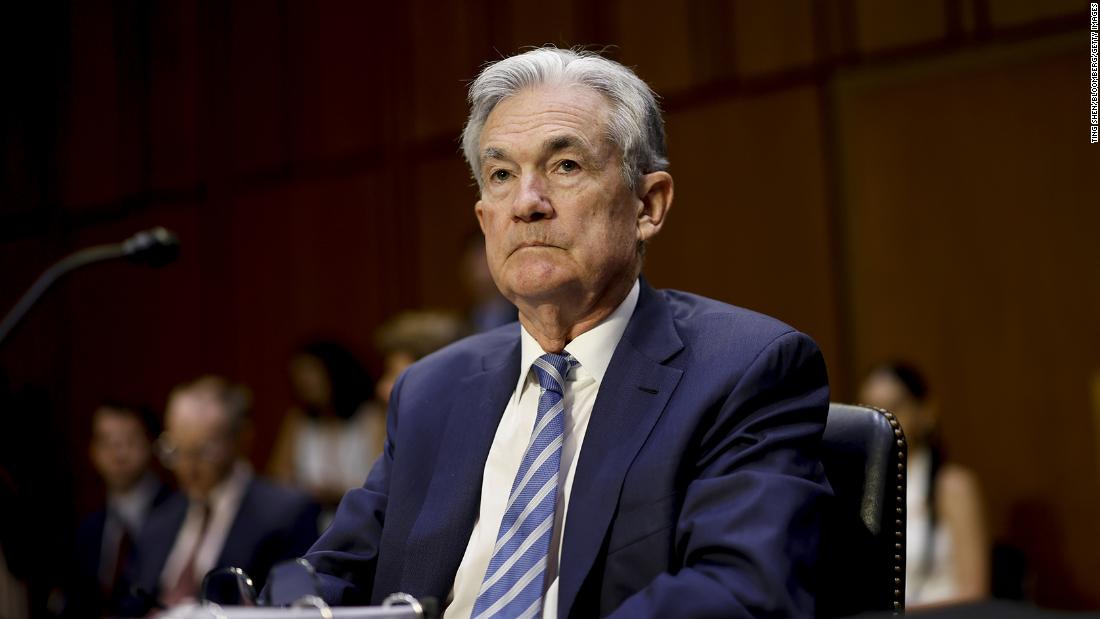 During a Senate Banking Committee hearing Wednesday, Democratic Senator Elizabeth Warren urged Powell to proceed with rate hikes cautiously and avoid setting off a recession that costs millions of jobs.

“I would not think so,” Powell said.

Warren asked if grocery prices will go down because of the Fed’s war on inflation.

Warren expressed concern about the impact of the Fed’s rate hikes on families and the risk of a recession.

Warren said that rate hikes will, however, raise borrowing costs on families and could cause job losses.

“Inflation is like an illness and the medicine needs to be tailored to the specific problem, otherwise you could make things a lot worse,” Warren said. “Right now, the Fed has no control over the main drivers of rising prices but the Fed can slow demand by getting a lot of people fired and making families poorer.”

“You know what’s worse than high inflation and low unemployment? It’s high inflation with a recession and millions of people out of work,” Warren said. “I hope you consider that before you drive this economy off a cliff.”

Senators from both sides of the aisle sought to blame rising inflation on a variety of factors, including the pandemic stimulus, wage growth and corporate prices increases. However, Powell declined to weigh on any of those politically heated issues.

“I’m really focused on what we could do, which is shrink our balance sheet and raise interest rates and get supply and demand back into alignment and get inflation back down to 2%,” he said.

Fed pledges to get high inflation down

Powell acknowledged that the high cost of living is inflicting financial pain on Main Street and expressed confidence the US economy can ride out this difficult period.

“At the Fed, we understand the hardship high inflation is causing,” Powell said in prepared remarks during the Senate Banking Committee hearing Wednesday. “We are strongly committed to bringing inflation back down, and we are moving expeditiously to do so.”

Powell, whose remarks echoed ones he made last week at the Fed meeting, said officials plan to continue to raise interest rates to get inflation under control. The Fed’s rate hike last week was its biggest since 1994.

Powell faces questions over why the Fed waited until March to raise interest rates and why it felt the need to accelerate the pace of rate hikes.

In his remarks, Powell noted that monetary policy requires a recognition that the economy often evolves in “unexpected” ways. He said supply constraints have been “larger and longer lasting” than anticipated and the war in Ukraine has driven up energy prices.

“Inflation has obviously surprised to the upside over the past year, and further surprises could be in store,” Powell said. “We therefore need to be nimble in responding to incoming data and the evolving outlook.”

Recession is ‘certainly a possibility’ but not the goal

Asked if rate hikes could spark a downturn, Powell said that’s “certainly a possibility,” but stressed that is not the Fed’s “intention.”

Powell conceded though that the risks are rising.

“Frankly, the events over the last few months have made it more difficult for us to achieve what we want, which is 2% inflation and still a strong labor market,” Powell said.

The Fed chief later said he doesn’t think a recession will be needed to tame inflation.

“I don’t think that we will need to provoke a recession, but we do think it’s absolutely essential to restore price stability, really for the benefit of the labor market as much as anything else,” he said.