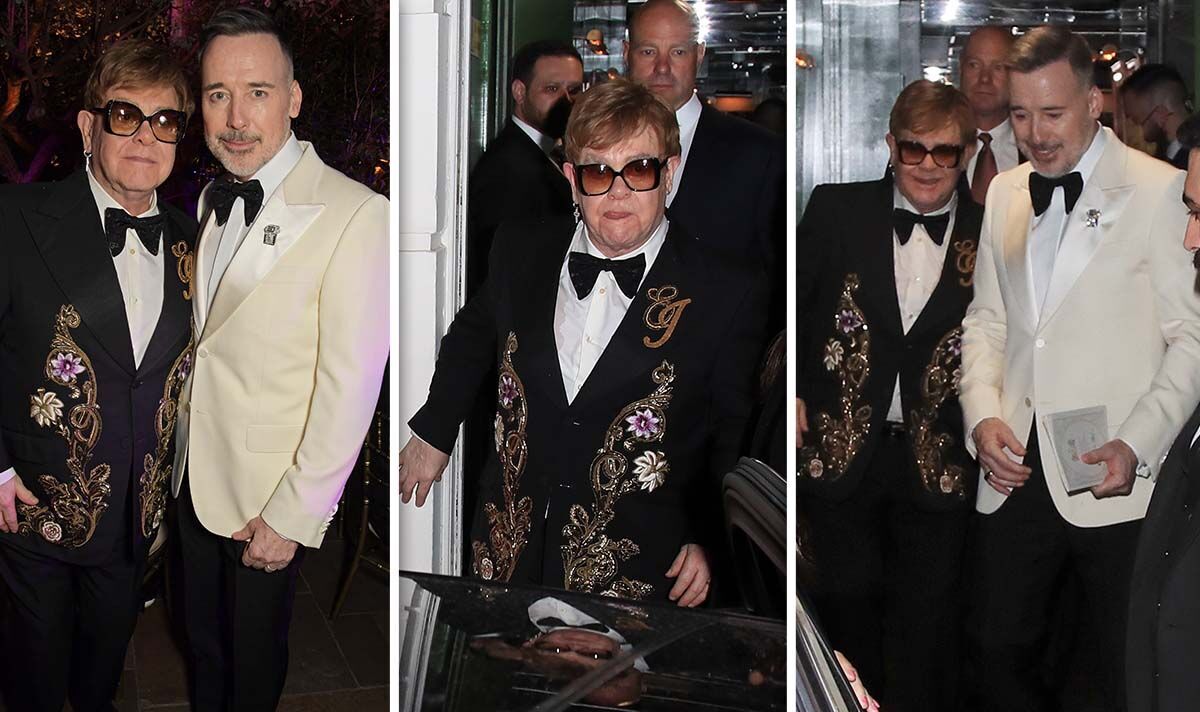 The glamorous event took place last night at Annabel’s in London and saw the singer’s husband, David Furnish, accompany him.

David opted for a cream suit with silk lapels and matching black Gucci bow ties with his beloved husband.

Elton completed his look, which featured his initials on the blazer’s left lapel, with his staple oversized sunglasses.