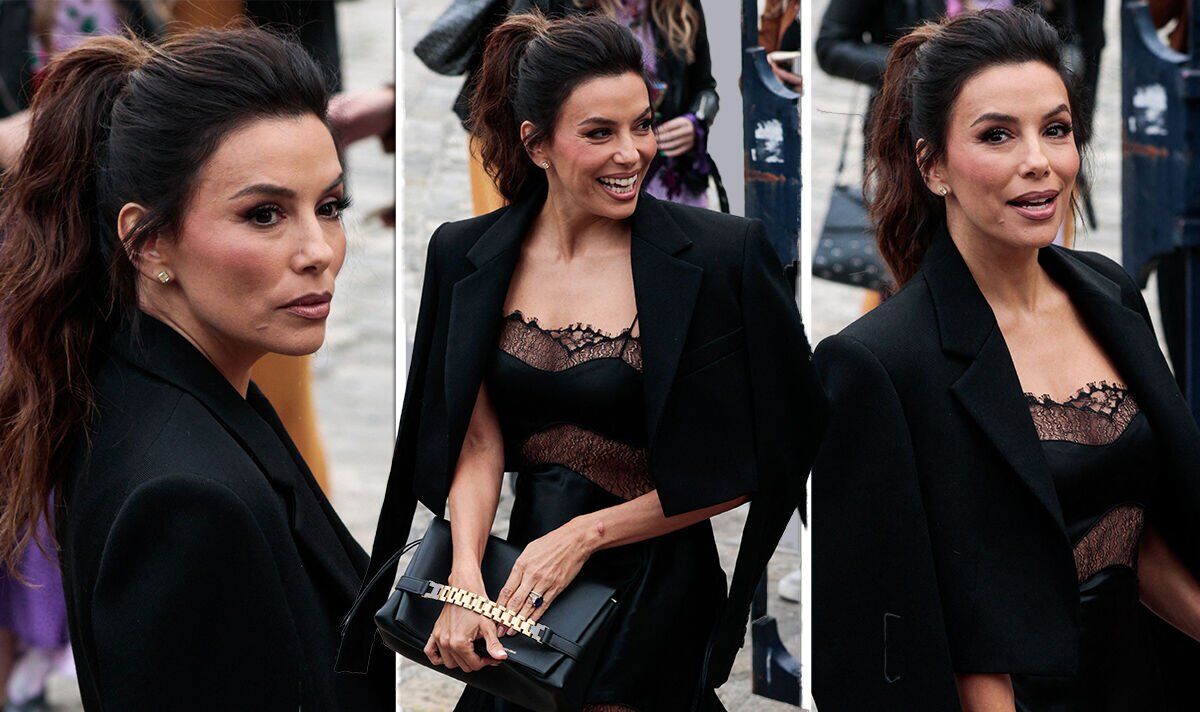 The star gave a wave to cameras as she was captured wearing a lace see-through black dress, which had panels of black material covering certain areas.

Completing the look, Eva sheltered from the cold as she draped a black blazer over her shoulders and carried a square, black clutch bag which had a gold chain detail.

When inside the beautiful 17th-century church and monastery of Val-de-Grâce in the 5th arrondissement, Eva took her seat alongside Victoria’s family, which included husband David Beckham, 47, and her four children.

Also in attendance were the couple’s eldest son Brooklyn Beckham, 23, and his wife Nicola Peltz Beckham, 27. The pair’s attendance was even more critical amid rumours of a feud between the Beckhams and the Peltz’s after the American actress claimed that the mum-of-four had “blanked” her during the design process of her wedding dress.

One thought on “Eva Longoria, 47, stuns in lace dress as she supports friend Victoria Beckham in Paris”