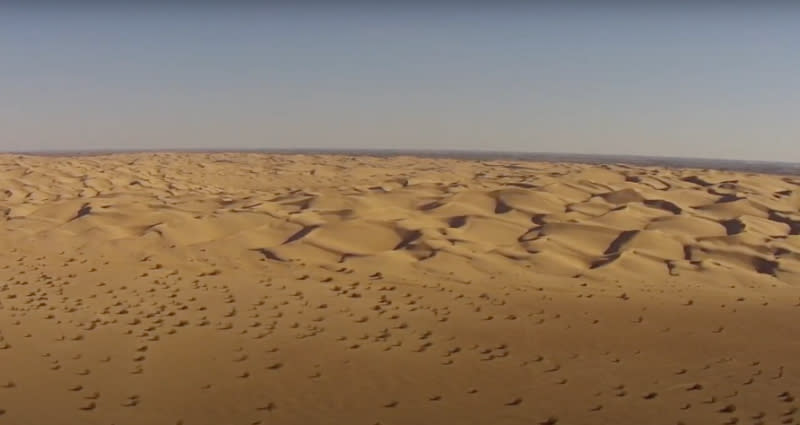 The parents of a Chinese graduate student and cinematographer who died in a sand dune accident while working on a student film are suing the University of Southern California (USC) and two of its students.

Peng Wang, a 29-year-old Chapman University student, volunteered to help with a student film project for a directing course at USC as the director of photography.

On April 15, Wang was in a Can-Am Maverick UTV along with three USC film students at the Imperial Sand Dunes Recreation Area to shoot their short film in the desert when their vehicle rolled over the crest of a dune. Wang, who was the only passenger without a seatbelt, suffered fatal injuries in the rollover.

Wang’s family is seeking unspecified damages in a wrongful-death lawsuit that was filed against USC and two of its students. The family alleges that the university approved the project and knew that the students would be using off-road vehicles in the desert, according to the suit filed in Los Angeles County Superior Court on Monday.

More from NextShark: Community and City Councilmember Come Together to Defend Boba Shop

“Safety should trump everything on student film projects made in fulfillment of USC class requirements,” the family reportedly states in their suit. “USC has a responsibility to return the people who make its films back to their families intact. USC is liable for its negligent failure to exercise control over, and to ensure safety on, the Finale student film project. That negligence resulted in [Wang’s] death and the ensuing damages for which plaintiffs bring suit to recover.”

However, USC officials denied responsibility for Wang’s death. Officials claimed that the students had gone rogue in making the short film and that the school was unaware of the approvals needed to use off-road vehicles. USC also previously noted that shooting more than 50 miles from campus or involving all-terrain vehicles require specific approvals, which none of the students had requested or obtained.

“USC was not responsible for Mr Wang’s tragic death. We will be sharing the facts about our robust safety procedures and safety record in court,” USC reportedly wrote in a statement.

More from NextShark: Calling all allies: Here’s what happened on Biden’s mission-driven tour of Asia

Wang’s family claims that the university had approved a “student certification” for the film that was submitted on April 5. The approval included the location and budget for the film and the use of an off-road vehicle, according to the lawsuit.

“In other words, the location of the shoot, and the intentions of the students in regard to filming, were open and obvious to the faculty and staff at USC who were in charge of approving the project,” Wang’s family wrote in their filing.

The family also sued two of the students that Wang was working with: Biangliang Li and Ting Su. Li, the driver of the UTV, lost control of the vehicle, according to the suit. They also claimed that Li and Su knew that Wang was unfamiliar with the gear being used for traveling off-road.

More from NextShark: New Poll reveals nearly 3/4 older AAPI women are suffering from the impact of racism amid pandemic

“An experienced driver, or one with proper training, familiar with the dunes would not have made this obvious error,” Wang’s family wrote. “This should have placed Su and Li on heightened alert regarding [Wang’s] lack of familiarity with the proper operation and safety protocols for the [off-road vehicle].”

Wang was previously awarded a Master of Fine Arts degree posthumously by Chapman University. The cause of his death was listed as blunt neck trauma due to the accident. His remains were reportedly laid to rest in Chengdu in China’s Sichuan province.

“In life, there is no greater pain than this type of bereavement. After our son is gone, we have to endure all the hurt, all the societal pressure and the pressure to take care of ourselves when we get old,” Wang’s father told the Los Angeles Daily News in June.