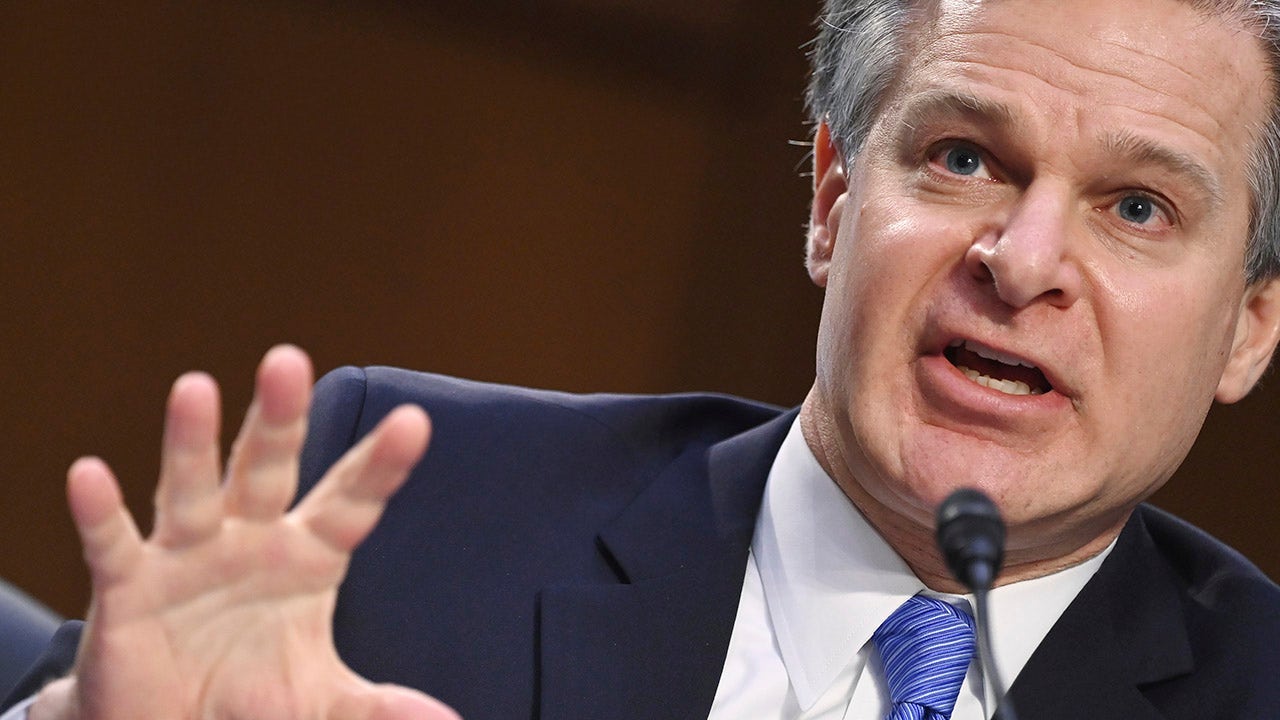 FBI Director Christopher Wray told lawmakers on Wednesday that Customs and Border Protection (CBP) are facing a “heck of challenge” due to the national security threats at the southern border.

Sen. Jerry Moran, R-Kansas, asked Wray at a Senate hearing about the FBI assessment “of our national security threats along our border, southern border in particular” and if he could say more about the number of known or suspected terrorists encountered coming in from Mexico.

BORDER PATROL RELEASED SUSPECTED TERRORIST WHO CROSSED INTO US ILLEGALLY, ICE TOOK WEEKS TO REARREST HIM

Wray told Moran that border security is a “major, major challenge” and that “any porous point of entry is a potential vulnerability that bad actors of all sorts, including national security threats, can seek to exploit.”

He said that he has been down to FBI field offices that have border crossings as part of their areas of responsibility and met with Customs and Border Protection officials.

“I’ve had CBP folks show me around so I can see firsthand what they’re dealing with. And they have a heck of a challenge on their hands,” he said. “And we, through our joint terrorism task forces in particular, work very closely with our DHS partners to try to bring the counterterrorism dimension to the threat.”

He said that he couldn’t say anymore in an open hearing but added that “certainly you’re right to be focused on it as an issue of concern.”

Fox News reported this week that a suspected terrorist was released into the U.S. in April and was not apprehended until two weeks after he was flagged by the FBI.

The suspected terrorist, Isnardo Garcia-Amado, 35, was released into the United States by Border Patrol agents on April 18 near Yuma, Arizona, and given a GPS monitoring device as an alternative to detention, according to a memo from a federal source obtained by Fox News.

Garcia-Amado, a Colombian citizen, was then flagged by the Federal Bureau of Investigation’s Terrorist Screening Center on April 21, which determined he is a match on the terror watch list.

Meanwhile, the Department of Justice announced on Tuesday that it had arrested an Iraqi national for an alleged plot to help four Iraqi nationals come into the United States across the southern border to help kill former President George W. Bush.