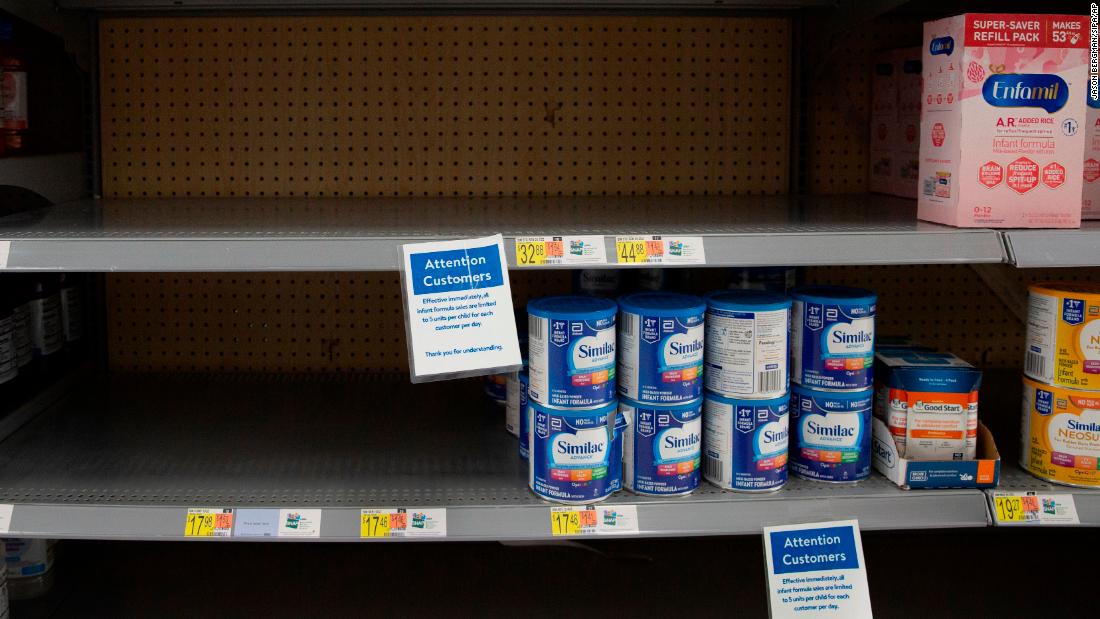 News
admin
July 7, 2022July 7, 2022
“The need to diversify and strengthen the U.S. infant formula supply is more important than ever. The recent shutdown of a major infant formula plant, compounded by unforeseen natural weather events, has shown just how vulnerable the supply chain has become,” FDA Commissioner Dr. Robert Califf and Susan Mayne, director of the FDA’s Center for Food Safety and Applied Nutrition, said in a statement.

The FDA said in May that it would make it easier to import some baby formulas to ease the nationwide shortage, and the equivalent to more than 400 million 8-ounce bottles has been shipped into the United States from nine countries, the agency said.

The agency’s current enforcement discretion guidance, which allows flexibilities in importing formula products, is in effect until November 14.

“Many of the companies providing these formula products have expressed interest in continuing to serve the American market permanently. For some companies, the agency’s flexibility has resulted in their ability to use a greater breadth of their existing, global manufacturing footprint, creating more resiliency in the U.S. infant formula supply chain and reducing the risk of reliance on too few production facilities supporting the United States,” Califf and Mayne said.

Among the retailers that responded to an inquiry from CNN, at least two — Kroger and Target — say they are receiving baby formula from the Biden administration’s Operation Fly Formula missions, but purchase limits remain in place.

Kroger is limiting purchases to four containers per person, according to spokesperson Erin Rolfes.

Target is closely monitoring the formula supply and will continue to have product limits in stores and online. The company is partnering with the federal government to distribute Kendamil formula from the UK.

The retailer “is also working to offer additional international baby formula brands to guests,” it said in a statement.

A CVS spokesperson said a purchasing limit remains in place but declined to comment on whether the pharmacy chain has received Operation Fly Formula shipments.

“Following supplier challenges and increased customer demand, we currently have a limit of three baby formula products per purchase in our stores and online. We’re continuing to work with our baby formula vendors to address this issue and we regret any inconvenience this causes our customers,” said Matt Blanchette, senior manager of retail communications at CVS.

The National Grocers Association, which represents independent retail and wholesale grocers, said it’s not aware of any of its 1,500 members receiving airlifted baby formula.

“Though conditions may differ by region, most members we have heard from are receiving limited supplies of formula and many have restricted quantities available to consumers. As with the variety of products that have been in short supply at various times during the pandemic due to pressures on the supply chain, we would advise consumers to be mindful of their neighbors when shopping for high-demand products,” association spokesperson Jim Dudlicek said. “Panic buying of any products makes it more difficult for independent grocers to provide their communities with essential goods.”

“Similar to other retailers, we put into effect purchase limits of three per transaction on all infant and toddler formula to help improve inventory. We continue to work diligently with our supplier partners to best meet customer demands,” Masuga said.