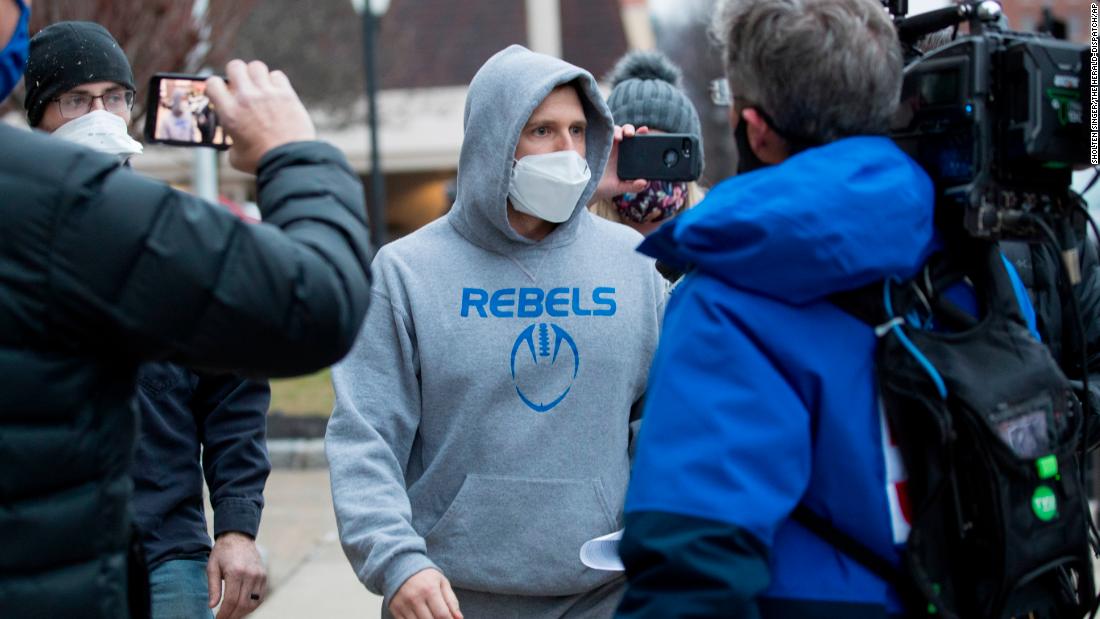 Evans resigned from the West Virginia House of Delegates three days after the riot and a day after his initial arrest. He had just taken office the previous month. He pleaded guilty to a felony civil disorder charge in March.

“Mr. Evans held a position of public trust at the time of the riot,” Fifield told the court, saying that his presence and promotion of election conspiracies “lent credibility” to the riot.

Evans “played a role in escalating things on the East Side before it was breached” by relaying what was happening on the West Side Terrace, where things had already turned violent, to the crowd gathered on the East Side, which was still relatively peaceful at the time. Prosecutors told the court that this “in part” turned the East Side crowd violent.

Evans broadcast himself on Facebook Live through much of the riot and prosecutors played several portions of the livestream during his sentencing hearing, where he can be heard shouting, “We’re taking this country back whether you like it or not” and “We’re taking this house I told you. Patriots stand up.”

He also told his livestream audience that “You might want to get bail money read for some of the people who are going to do this.”

Evans deleted the livestream within hours of the attack, but it was recovered by a Reddit user and later law enforcement.

Wednesday, Evans said he “accept[ed] full responsibility for my actions” and described his participation in the riot as a “momentary lapse in my judgment.” He told the court that “I’m not a violent or destructive person. I’m a good person who unfortunately got caught up in the moment.”

“My first reaction was to give you six months,” DC District Judge Royce Lamberth said before handing down his sentence, but said, “I don’t try to be tougher than the government.” Lamberth then told Evans, “I have to send a message. I don’t want another riot at the next election … so I’m going to do what I can as a judge.”