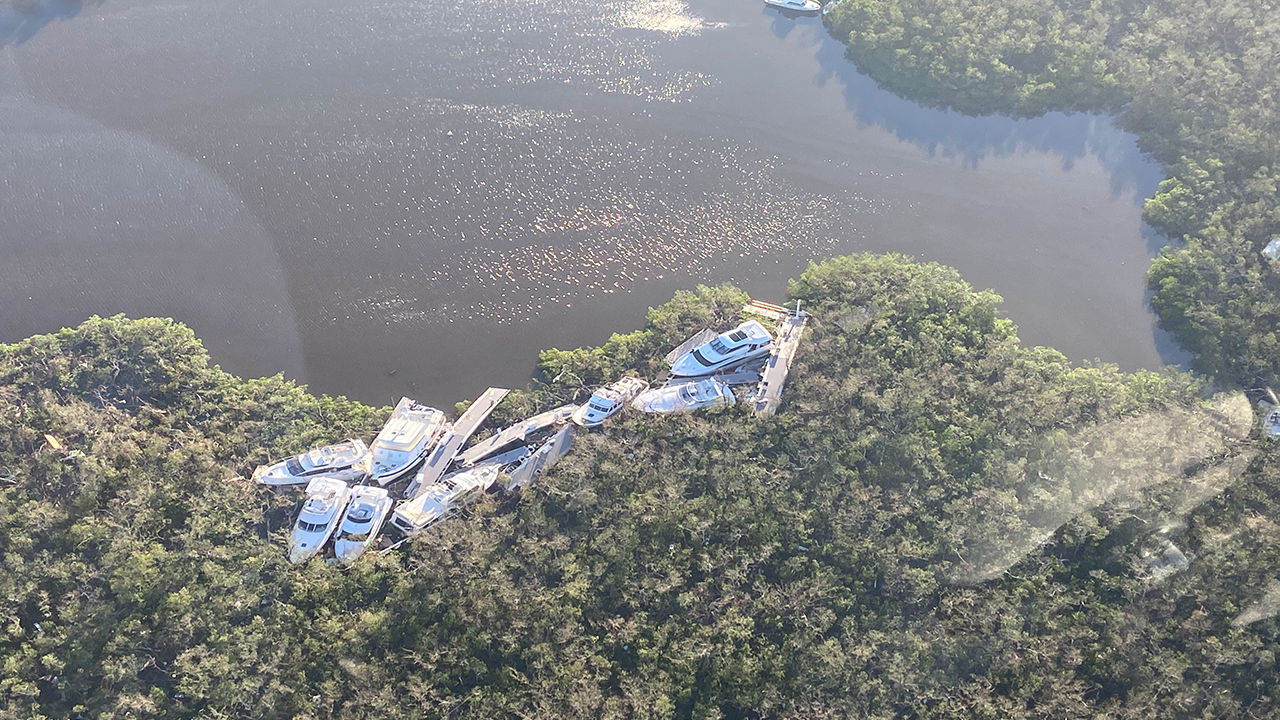 FORT MYERS, FLORIDA – Areas like Fort Myers have a long road ahead towards their recovery following Hurricane Ian’s initial U.S. landfall along the Gulf Coast Wednesday.

The devastation is undeniable and breathtaking.

Boats piled up in mangroves in Fort Myers after Hurricane Ian destroyed most of the coastline.
(Fox News/Ashley Soriano)

Video shows how widespread the damage is: boats in mangroves, cars completely underwater and shreds of wood remaining where homes once stood.

Lee County, which includes Fort Myers, is one of the biggest counties in Florida with over 1,200 square miles of land.

Sheriff Carmine Marceno says they still haven’t been able to reach some of the hardest hit areas.

He describes the destruction as being “thrown around like little toys,” something like nothing he’s seen before.

“I’m a New Yorker transplanted to Florida. I’ve been in Florida over 20 years,” the sheriff said. “To me, I’ve been through hurricanes before. But this one in particular, this rocked us. This is devastating.”

IAN BEFORE AND AFTER: VIDEO SHOWS FLORIDA DEVASTATION IN FORT MYERS, SANIBEL ISLAND

Thursday was their first day of assessing the damage.

Their process includes search, rescue and recovery, but the sheriff hopes they’re rescuing more than recovering.

It’s unclear how many total deaths resulted from Ian, but Sheriff Marceno says Lee County has reported at least 21 deaths as of 3 p.m. eastern on Friday.

Law enforcement is also concerned about scammers and criminals taking advantage of those most affected.

They say triple check who you’re filing insurance claims with or any contractors who may approach you at your home.

Ashley Soriano joined Fox News in 2021 as a multimedia reporter based in Las Vegas.