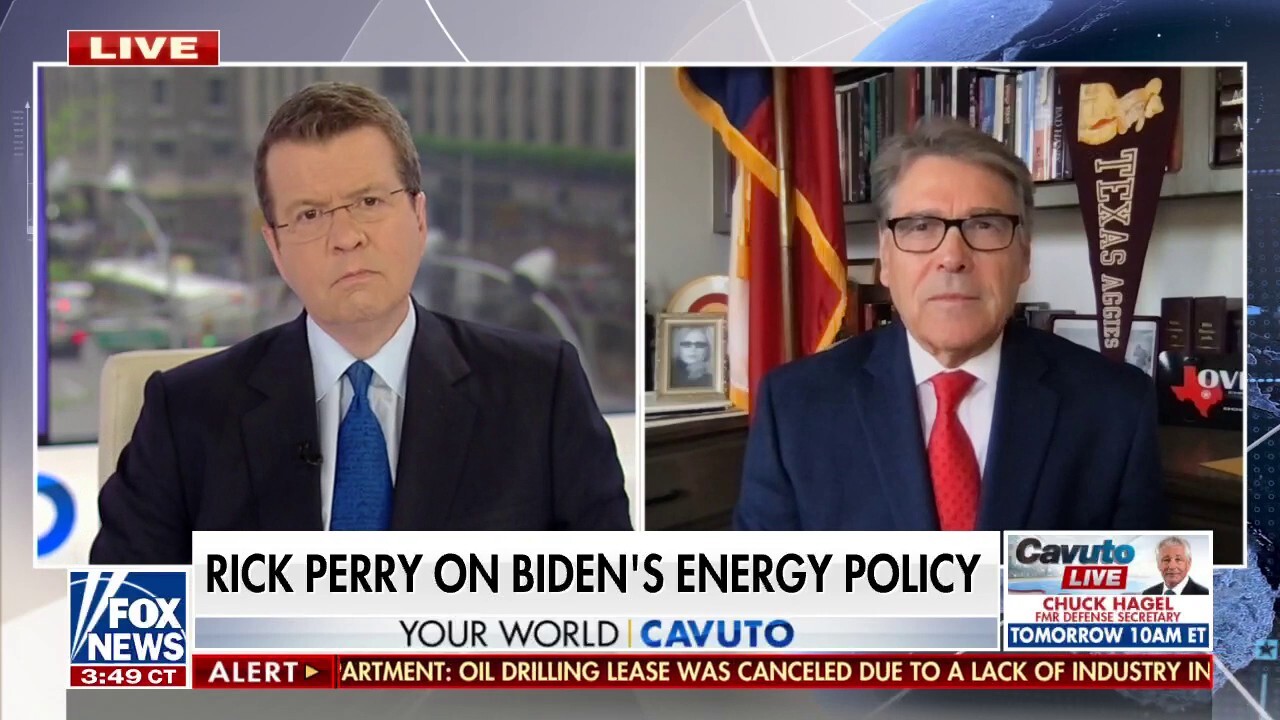 Former energy secretary Rick Perry traces a root cause of inflated food prices on ‘Your World.’

Former energy secretary Rick Perry warned that the United States has “not seen the top [of gas prices] by any sense of the imagination” Friday on “Your World.”

RICK PERRY: Diesel is what runs this country. When you think about the trucks that move the groceries, all the other produce around in this country – diesel is right at the heart of it. That’s one of the things that’s really driving up the cost of food. And that comes from heavy crude [oil]. Heavy crude was accessed through two countries, interestingly, Russia and Venezuela. I will suggest to you the Biden administration knew and know[s] what’s going on today, that their policies are going to drive up the cost of inflation, particularly energy cost, which in turn multiplies into the inflation factor.

I don’t think there is a scenario where you could hurt the American people more than what this administration is doing and is about to do. We’re fixing to go into one of the high traveling seasons of the year and gasoline prices – I think we have not seen the top by any sense of the imagination. … The message that it sends to producers, for the spokesperson in the White House to stand up and say, “Well, we have all these permits and … nobody’s interested.” Well, Ms. Psaki, the reason they’re not interested is because they know that you all will play the old peanuts game and jerk the football away from the player. Nobody trusts this White House to leave regulations in place. They harum-scarum, stop leasing. It’s just crazy.