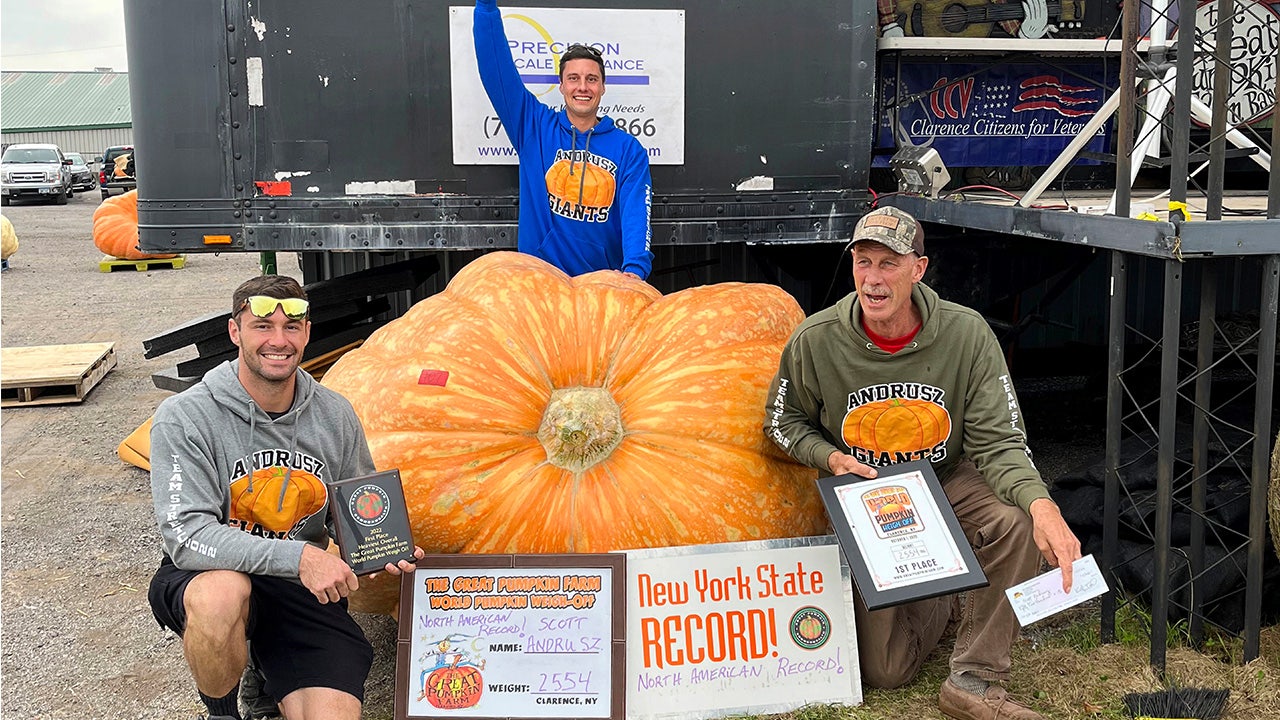 There’s a new national record for the heaviest pumpkin.

The Great Pumpkin Farm – a fall festival in Clarence, New York – declared a 2,554-pound pumpkin as a three-time record breaker on Saturday, Oct. 1.

In Facebook posts, festival organizers wrote that the pumpkin broke a statewide and continental record.

The giant fruit also broke the national record of 2,528 pounds, which was achieved in 2018 by Steve Geddes of Boscawen, New Hampshire, according to the Great Pumpkin Commonwealth, a global organization dedicated to pumpkin-growing hobbyists.

Andrusz was joined by his sons, Emmett and Steve, when The Great Pumpkin Farm awarded him his framed certificates, according to Gothamist, a New York City news website.

HALLOWEEN BY THE NUMBERS: FUN FACTS ABOUT THE SPOOKY DAY

New York State’s previous heaviest pumpkin record was 2,517 pounds, according to an announcer from The Great Pumpkin Farm, who shared the detail during Saturday’s pumpkin weighing, a Facebook video shows.

The new record-breaking pumpkin grown by Andrusz will be put on display on Oct. 16 at The Great Pumpkin Farm, according to the Associated Press.

Visitors have until Oct. 31 to see the festival’s displayed pumpkins. The Great Pumpkin Farm is open daily from 10 a.m. to 7 p.m., according to greatpumpkinfarm.com.

The current world record for the heaviest pumpkin belongs to Stefano Cutrupi of Peccioli, Italy, who grew a 2,702-pound and 13.9-ounce pumpkin that received confirmation from Guinness World Records on Sept. 26, 2021.

Cortney Moore is an associate lifestyle writer/producer for Fox News Digital. Story tips can be sent on Twitter at @CortneyMoore716.