Why You Might Already Know Trevor Noah’s Daily Show Replacement

Harry’s dilemma: He ‘sacrificed’ everything for a ‘normal life’ but has ‘gained very little,’ expert says 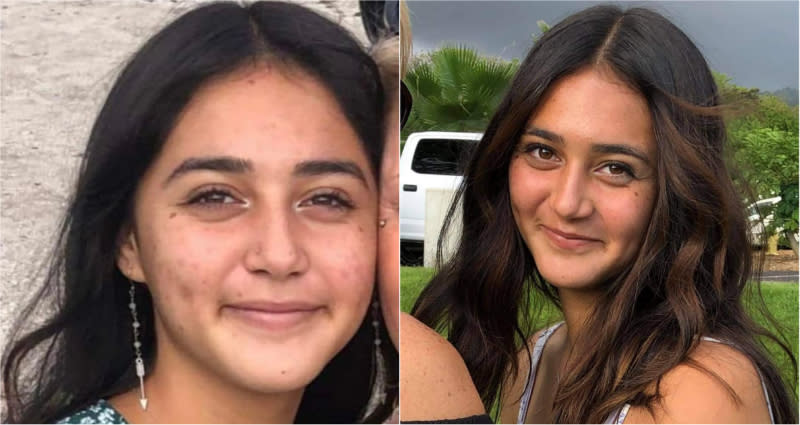 A 15-year-old girl who was abducted at knifepoint in Hawaii last week was rescued over the weekend by a restaurant host and a customer who jumped into action after recognizing her from local news reports.

Mikella DeBina and her boyfriend were on a secluded beach in the area of Anaehoomalu Bay near Waikoloa Beach Drive when a man held them at knifepoint and forced the girl to tie her boyfriend up and put a blindfold on him, the victim’s aunt told police.

She was then abducted by Duncan Mahi, 52, police said. Mahi brought DeBina to the beach parking area where she was forced into a white Honda SUV. The man also forced the girl to smoke methamphetamine and sexually assaulted her, investigators said. After she was forced to smoke meth for a second time, DeBina pretended to sleep for the rest of the drive to Mahi’s home, KITV reported.

Mahi then led DeBina to a yellow school bus where the suspect tightened a brown fabric cuff on her leg, allowing only three and a half feet of movement.

More from NextShark: National Cancer Awareness Day: Asian Americans too often skip screenings for their leading cause of death

An AMBER Alert was issued after local news outlets shared an image of DeBina.

The teen and her alleged abductor stopped by Cafe Pesto in Downtown Hilo the next day when restaurant host Bridge Hartman felt something was off, Hawaii News Now reported.

DeBina was dressed in men’s clothing and started fighting with Mahi in an alleyway near the restaurant. Another witness tried to intervene when he heard the girl yelling for the man to let her go. Mahi claimed that DeBina was his daughter and told the witness, “What the f*** are you doing? Get out of my way!”

More from NextShark: Salon owner in Thailand accused of killing couple in front of their child over haircut is released on bail

Kori Takaki, who was eating lunch at Cafe Pesto with her mother, also rushed to the girl’s aid. The two good Samaritans waited with DeBina at the back of the restaurant.

Hartman encouraged other customers to hold Mahi until the authorities arrived as DeBina was moved away from the suspect, who drove off after he was asked to prove that DeBina was his daughter. A witness was able to capture photos of his license plate and the white Honda CRV. The teen and the witness were able to identify Mahi from a photo lineup.

More from NextShark: Massachusetts man accused of tampering with young women’s cars so he could offer them rides home

The girl has since been reunited with her family, and her mother, Cher Angelel, is thankful to everyone who stepped in to help her daughter. She hailed Takaki and Hartman as heroes.

“I’m just glad to be home and knowing everybody’s safe,” Takaki told KHON2. “It was quite the emotional day. Yeah, lots of emotions.”

Mahi was arrested on Sept. 17 around 3 p.m. on Hale Manu Drive in Hilo and charged with kidnapping, sexual assault, terroristic threatening, robbery and methamphetamine trafficking in connection with this case, according to the Hawaii Police Department.

At the time of the alleged abduction, Mahi was on supervised release in connection with a September 2018 incident in which he was convicted of strangling and abusing a woman and threatening responding police officers, the Sun reported.

He failed to appear in court on Aug. 16 for a traffic violation. Mahi also did not show up for his Aug. 31 court hearing about the September 2018 incident, according to court documents. An arrest warrant was issued on Sept. 13, three days before he reportedly abducted DeBina.

Mahi’s rap sheet dates back to 1989. He faced charges in criminal court eight times, as well as 12 traffic-related charges and violations, four domestic abuse accusations, two family court issues and divorce, according to court documents. Some of the cases, such as the domestic abuse charges, were eventually dropped with no explanation in court documents. The September 2018 criminal case was reopened after he violated his release.

Mahi is being held on $2 million bail.