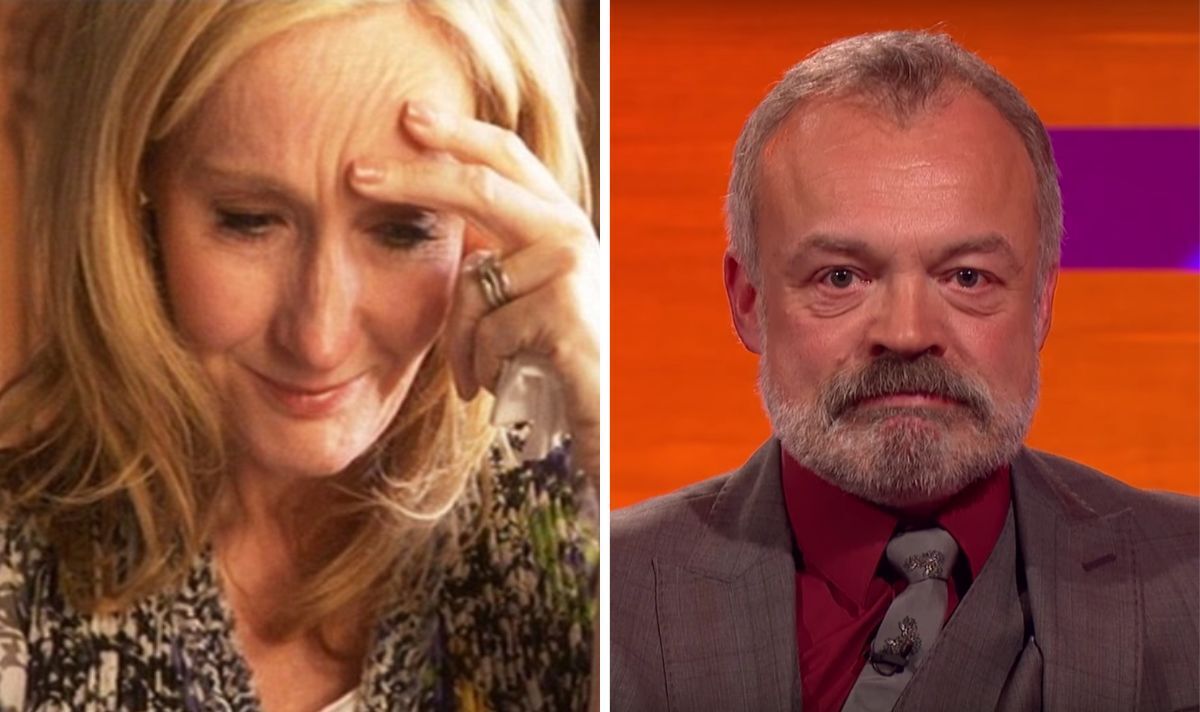 Graham Norton, 59, has defended his decision to interview acclaimed author JK Rowling on his Virgin Radio show. The pair spoke about the Harry Potter author’s new novel which involves the topic and theme of cancel culture, among other things.

The pair spoke on his show last month, and the decision was met with some scorn by fans and critics of the author.

It comes after she came under fire, initially in June 2020, for controversial tweets she had posted about the transgender community.

Her stance has caused fans and Harry Potter film stars, such as Daniel Radcliffe, Emma Watson, and Rupert Grint to speak out against her.

In a new conversation with The Times, Graham has defended his decision to interview the polarising writer amid the contention.

The pair explained they didn’t “feel comfortable” being on the same billing as JK Rowling, according to Huff Post.

JK also addressed speculation that the reason she didn’t attend the recent Harry Potter reunion was due to backlash from fans.

“I was asked to be on that and I decided I didn’t want to do it,” she told Graham,

“I thought it was about the films more than the books, you know, quite rightly. I mean, that was what the anniversary was about.”