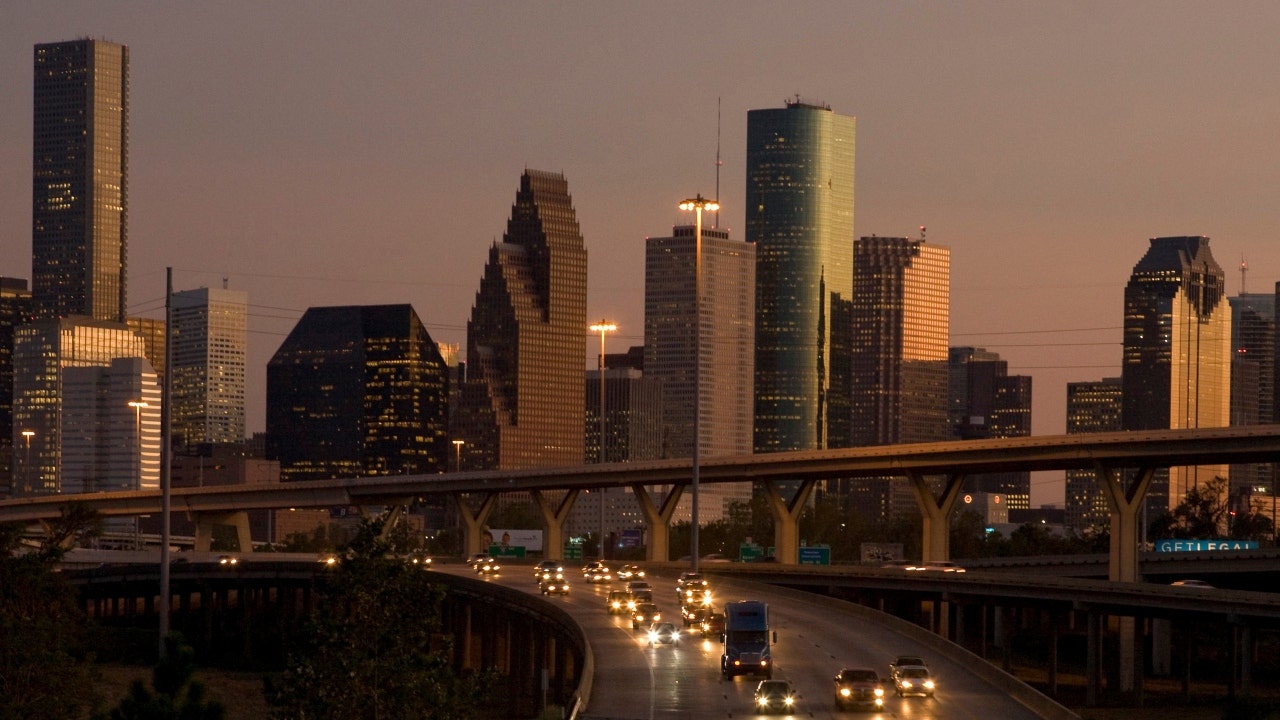 On Sunday, crime victim advocates and murder victims’ loved ones will gather in Houston for Crime Stoppers’ annual “Day of Remembrance” as violence continues to grip cities around the country. This year’s ceremony, however, will be different from years past.

Officials with Crime Stoppers of Houston said they expect a large crowd to gather in Houston’s Midtown neighborhood to pay homage to those murdered in Harris County from August 2021 to August 2022. Unlike in past years, when organizers would read off each homicide victim’s name, this year those names will scroll across a screen instead.

Organizers say there are simply too many names to read aloud.

“Three or four years ago, we used to read off the names and ages of the homicide victims for that year,” Andy Kahan, director of victims services for Crime Stoppers told Fox News Digital. “We can’t do that anymore because it would take hours.”

A deputy in Harris County, Texas, at a crime scene. Hundreds are expected to gather in Houston Sunday to honor those murdered over the past year for a day of remembrance.
(Facebook)

Kahan estimates there are more than 600 names that will be scrolling on a ticker instead. In Harris County, at the mid-way point of 2022, homicides were down, but violent crime was up overall compared to 2020, according to data compiled by Crime Stoppers.

As of Thursday morning, Texas’ largest city and the fourth largest in the United States, reported 323 murders, the Houston Police Department told Fox News Digital. A department spokesperson noted the numbers were unofficial and had not yet been formalized. The number is a slight decline from the 327 homicides the city reported in 2021 as of Sept. 22, 2021. For all of 2021, Houston experienced 473 killings, officials said, up from 261 murders in 2020.

As 2022 arrived, Houston and the county experienced multiple killings involving children. Many were fatally shot unintentionally, such as Arlene Alvarez, who was killed while riding with her family to get dinner.

She died after a man began shooting at their vehicle thinking it was the suspect who had robbed him at an ATM moments earlier. Other killings stemmed from apparent road rage incidents.

Jim McIngvale, known in the Houston area as “Mattress Mack,” owns the Galley Furniture chain. He teamed up with Crime Stoppers and other groups over the summer in an effort to keep children safe over the school break. He said the violence has impacted one of his employees who lost a teenage child to gun violence.

“These sorts of things touch home, and we can do better than this,” he told Fox News Digital.

“These sorts of things touch home, and we can do better than this.”

Like many municipalities, Harris County has seen an uptick in violent crime in recent years amid calls to “defund the police.”

The crime problem is the result of a combination of issues, including the backlog of cases and the release of criminal defendants out on bond, he said.

Crime Stoppers Houston has been tracking such cases for several years.

One of those victims was Joshua Sandoval, who was killed May 27, 2021, when he was followed to his Houston home and shot during a robbery. The suspect arrested in the killing was allegedly part of an organized crime ring and was free on two felony bonds, authorities said.

Devan Jordan, 22, was charged with capital murder in the slaying of Sandoval, a 28-year-old who worked in the boxing industry. On the day of the killing, Jordan failed to appear in court to get an electronic monitoring device put on, in addition to missing a previous court date, and was never picked up by law enforcement.

Two weeks after the slaying, he allegedly killed another man in nearby Galveston County. He was arrested and later linked to Sandoval’s death.

Joshua Sandoval, 28, was killed in 2021 by a suspect free on multiple bonds who then allegedly murdered another man two weeks later, authorities said.
(Courtesy of Aimee Castillo)

“When he missed his court hearing, nothing was done about it,” Sandoval’s sister, Aimee Castillo, told Fox News. “When they ended cash bond, that to me is ridiculous. If you can’t afford to get out of jail then don’t do the crime.”

“I want my children to be able to walk my grandchildren down the street at night in any neighborhood and not be fearful that somebody is going to come by and do a drive-by shooting,” McIngvale told Fox News Digital. “Every neighborhood in Houston should be safe whether it’s low-end, middle-end or high-end. We all deserve to have a safe place.

“That’s one thing we all have to work on, is making Houston and Harris County the safest county in Texas, not the death list.”