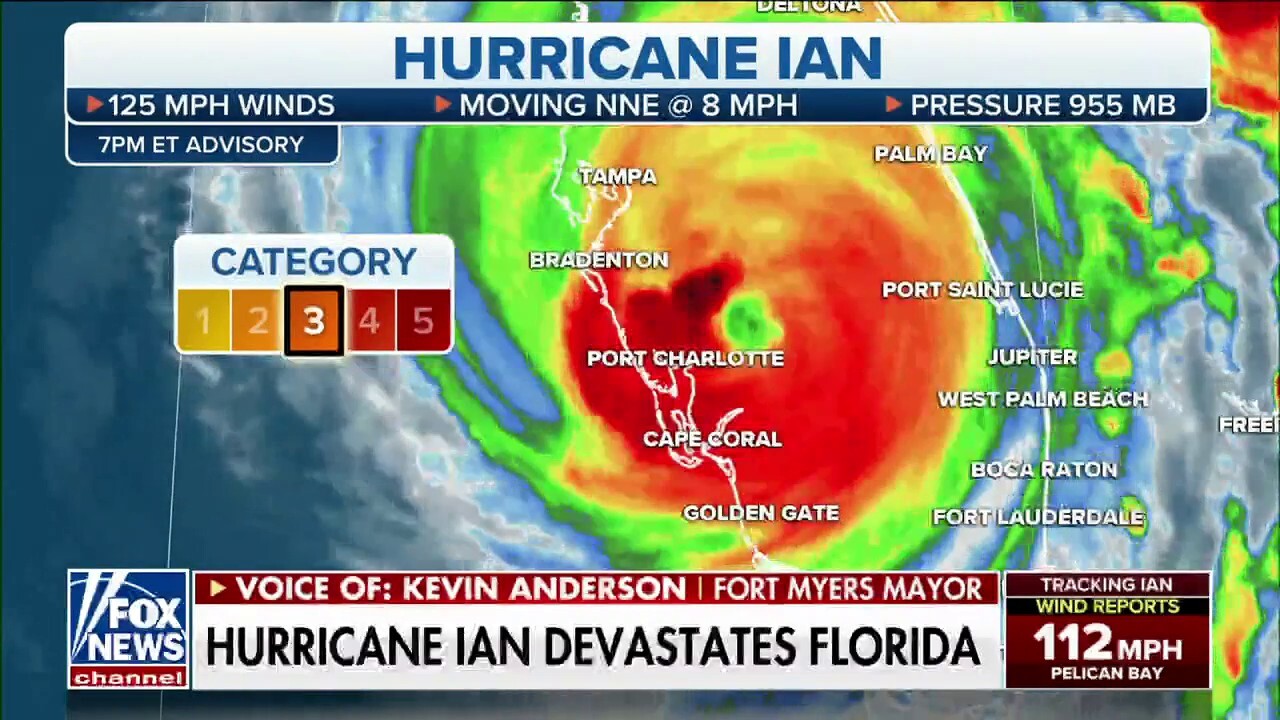 Fort Myers Mayor Kevin Anderson said 80% of his city does not have electricity as Hurricane Ian ravages Florida Wednesday on “Jesse Watters Primetime.”

MAYOR KEVIN ANDERSON: I’m located right in the heart of downtown Fort Myers, at First and Hendry Street. All day long, I’m two blocks away from the river. All day long, I’ve watched the waters rise. We’re up about four feet right now. We’re on a back end.

It looks like the water has quit rising. I’m hoping it’s going to start to subside a little bit, but it’s going to be a long night… There’s all kinds of debris floating down First Street. I received a call from a gentleman who was telling me about the cars that were floating just two blocks away. I can’t see him from where I am, but that’s where the water’s probably the deepest. Eighty percent of the city is without power.

One thought on “Hurricane Ian has left 80% of Fort Myers without power, city is in for a ‘long night’: Mayor Kevin Anderson”