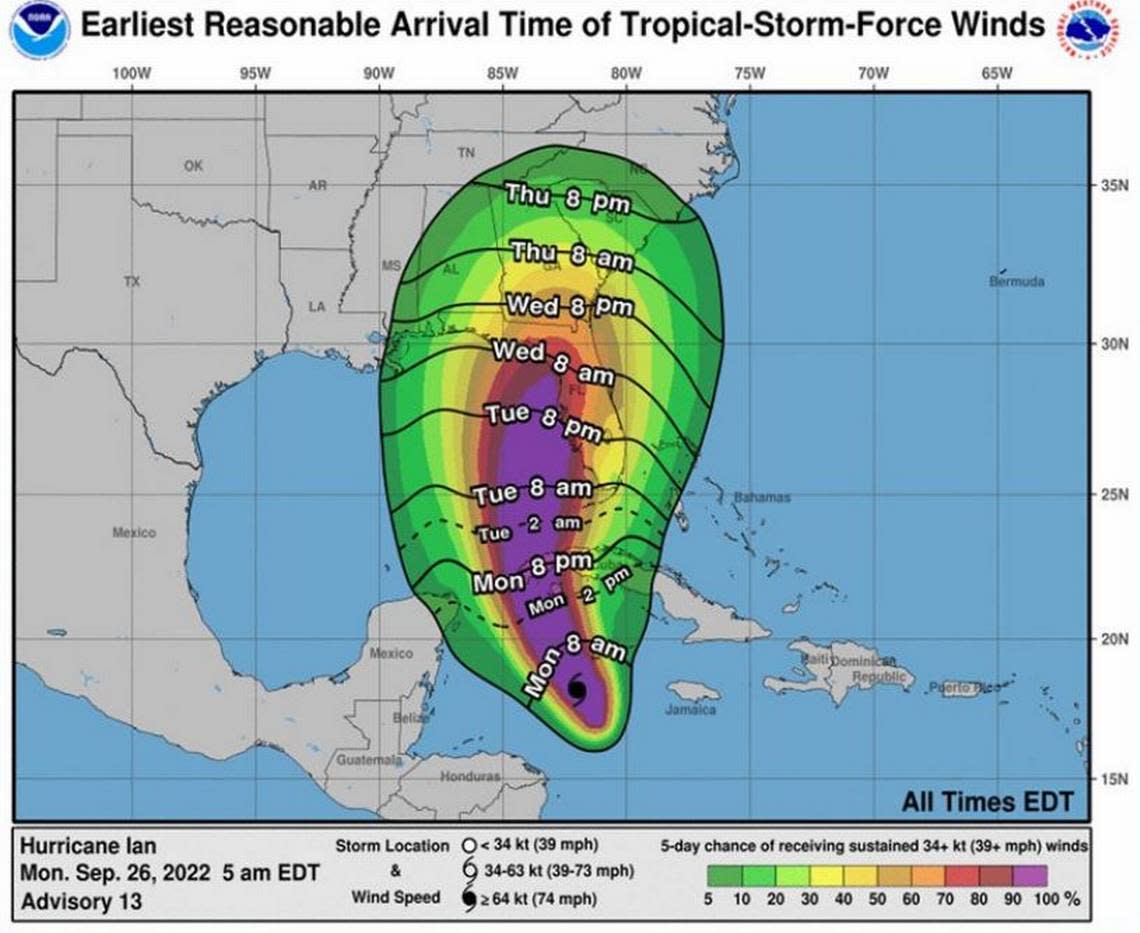 For the first time in 2022, a hurricane is forecast to make landfall in the U.S.

While there is a lot of uncertainty about Hurricane Ian’s track, it is expected to affect the Columbia area this week, National Weather Service meteorologist Pierce Larkin told The State Monday.

Gusty 20-30 mph winds caused by the powerful storm could start blowing across the Midlands beginning Wednesday, when temperatures are forecast to drop, Larkin said. A high near 70 is predicted to be Friday’s peak temperature, according to the National Weather Service.

Ian’s strongest effects are forecast to hit the area on Friday as heavy rain and thunderstorms could join the increasingly powerful winds, according to Larkin.

But Larkin warned that it is still too early to tell how severe the weather will be in the Columbia area.

“There’s quite a bit of uncertainty, which is unusual for a storm this close,” Larkin said.

Some of the uncertainty is created because forecasters can’t predict how landfall will impact the hurricane’s speed or track.

The current forecasts shows there could be anywhere from 3-5 inches of rainfall in the Midlands, according to Larkin.

Some of the winds could potentially form into tornadoes, but Larkin stressed so much could change once the hurricane moves beyond the Gulf of Mexico.

“It depends on how Ian progresses, but it’s just too early to tell,” Larkin said.

As of Monday morning no warnings, watches, or advisories were issued by the National Weather Service. That could change as the hurricane moves closer.

The rain is expected to begin Thursday, and there’s currently a 60% chance of showers and possible thunderstorms in Friday’s forecast for Columbia.

As Ian continues to move north of the Midlands, there’s still the possibility for more rain over the weekend, but the likelihood lessens from Saturday to Sunday, according to the forecast. And temperatures are expected to increase as the storm moves on, with potential highs approaching the mid to upper 70s over the weekend.

“The effects would move on by the end of the weekend as Ian pulls out of the area,” Larkin said.

Ian is the fourth Atlantic hurricane of the season, and the first expected to make landfall in the U.S.

At 5 a.m. Monday, the hurricane was moving northwest at 13 mph toward Cuba, and had maximum sustained winds of 75 mph, according to the National Hurricane Center.

“Rapid strengthening is expected during the next day or so, and Ian is forecast to become a major hurricane (Monday night) when it is near western Cuba,” the National Hurricane Center said.

Ian could make landfall in Florida around the middle of the week, possibly on the western coast or Panhandle, forecasters told the Associated Press.

It’s unlikely Ian will still be at hurricane strength when it reaches the Midlands. But it will be the first named storm to hit the Columbia area since the remnants of Tropical Storm Fred washed through in August 2021, according to Larkin.

One thought on “Hurricane Ian is barreling toward the Southeast US. Here’s the forecast for Columbia” 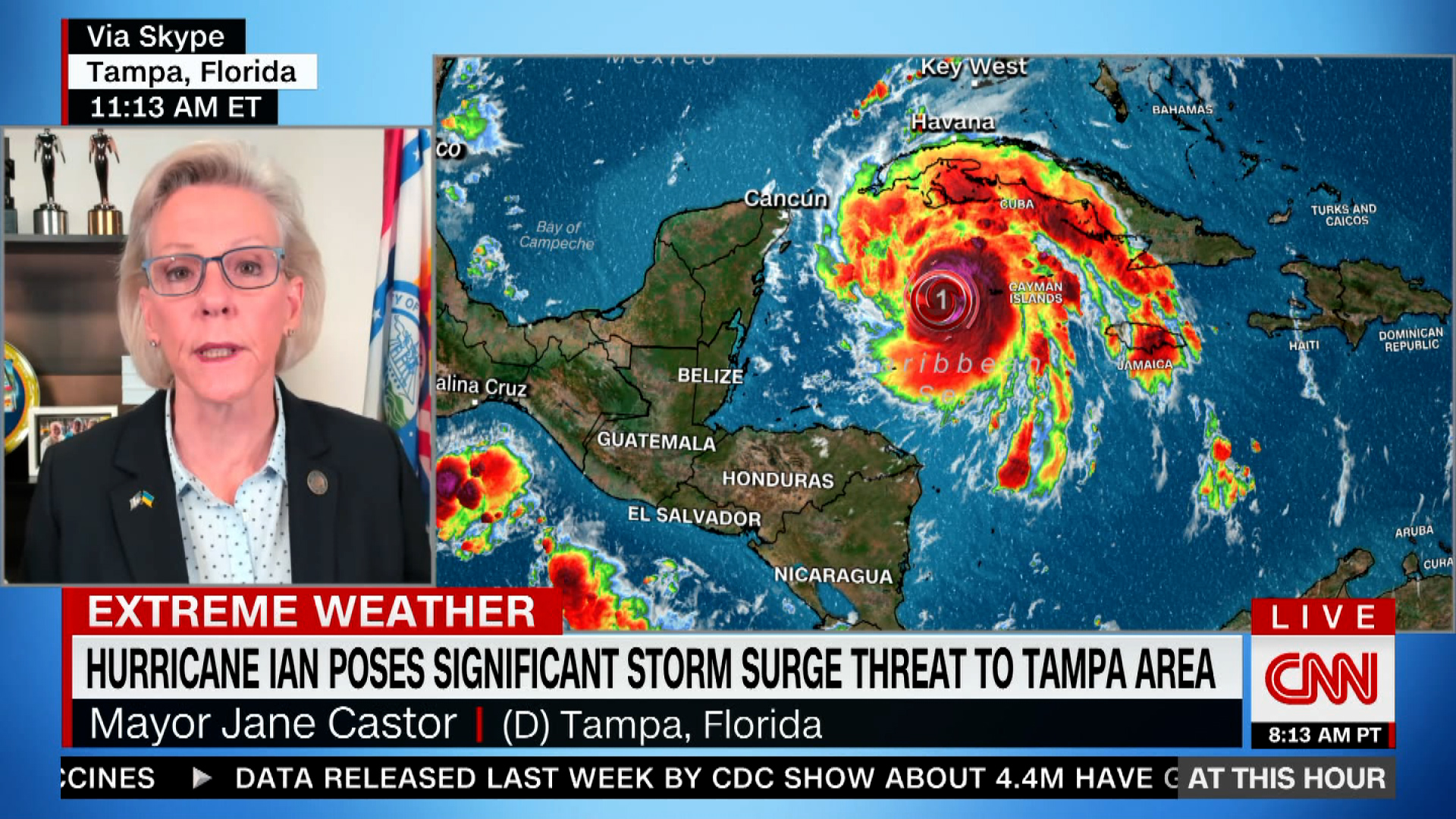