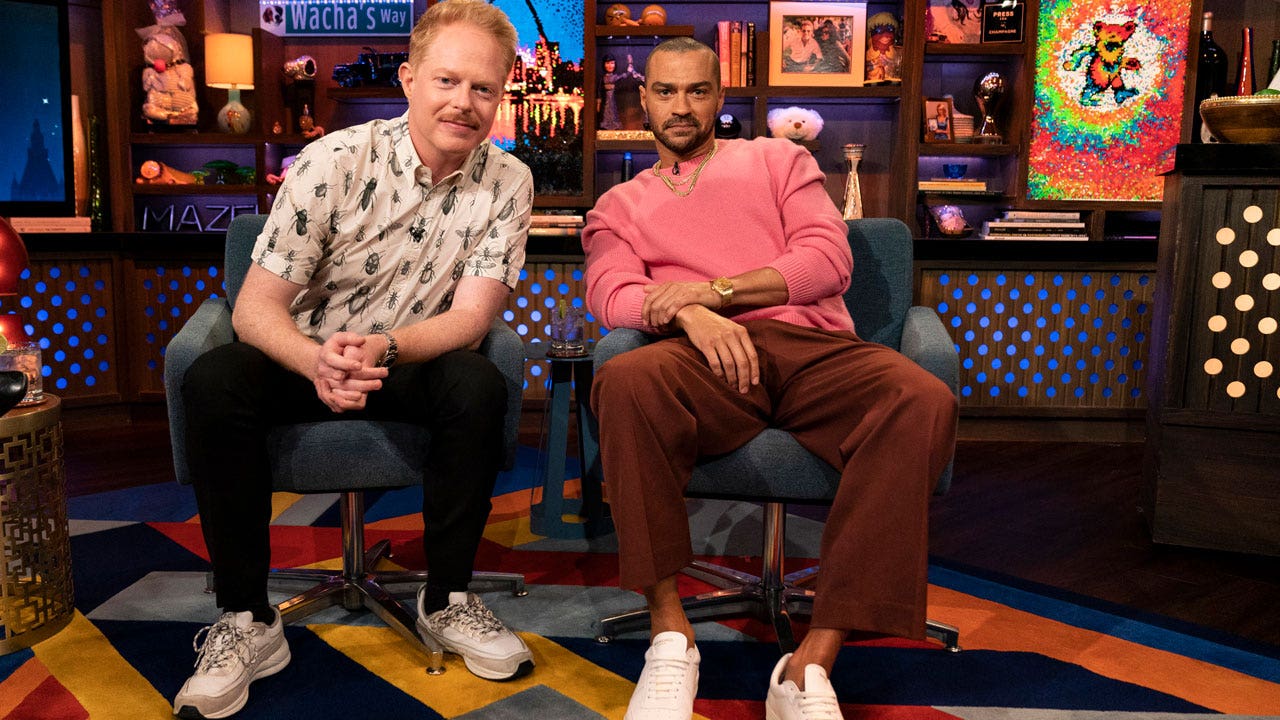 “Take Me Out” star Jesse Tyler Ferguson slammed the leak of a recording showing Jesse Williams’ nude scene in the Broadway play.

A recording of Williams’ full frontal nude scene went viral after being leaked. The “Grey’s Anatomy” actor had just received his first Tony nomination for his role in the Broadway play.

“I’m appalled by the disrespect shown to the actors of our company whose vulnerability on stage every night is crucial to ‘Take Me Out,'” co-star Ferguson shared via Twitter. “Anyone who applauds or trivializes this behavior has no place in the theater which has always been a safe space for artists & audience members.”

A nude scene from the Broadway play “Take Me Out,” featuring Jesse Williams, was leaked online.

“We condemn in the strongest possible terms the creation and distribution of photographs and videos of our members during a nude scene,” Kate Shindle, president of Actors’ Equity Association, told Deadline. “As actors, we regularly agree to be vulnerable onstage in order to tell difficult and challenging stories.”

“This does not mean that we agree to have those vulnerable moments widely shared by anyone who feels like sneaking a recording device into the theater. Whoever did this knew not only that they were filming actors without their consent, but also that they were explicitly violating the theater’s prohibition on recording and distribution.”

Williams recently spoke about the nude Broadway scene during an appearance on “Watch What Happens Live with Andy Cohen,” which aired Monday.

Jesse Tyler Ferguson and Jesse Williams appear on an episode of “Watch What Happens Live with Andy Cohen.”

“Everybody makes such a big deal,” Williams told Cohen of the nude scene. “It’s a body. Once you see it, you realize it’s whatever.”

Cohen further asked, “Does the audience react to the nudity on stage?”

“A non-reaction is a really interesting reaction,” Williams responded. “The quiet, you know, creates a lot of insecurity.”

As for Williams, he said he doesn’t “like any” reaction.

“I’ve learned in my minutes of theater [experience] – which is all a first for me – is don’t try to read into it because it just creates more insecurity.”

Second Stage artistic director Carole Rothman poses with the cast of “Take Me Out” at the opening night party at The Yard House on April 4, 2022, in New York City.
(Bruce Glikas/Getty Images)

Cohen went on to note that this is Williams’ first Broadway appearance and he has to appear fully naked.

“How insane, though. This is your stage debut and you’re, like, fully naked. I mean, that’s doubly scary,” Cohen said.

“I’m told it’s quite insane, but it’s a first so I have nothing to compare it to and I won’t be scared of anything after this, that’s for sure,” Williams responded.