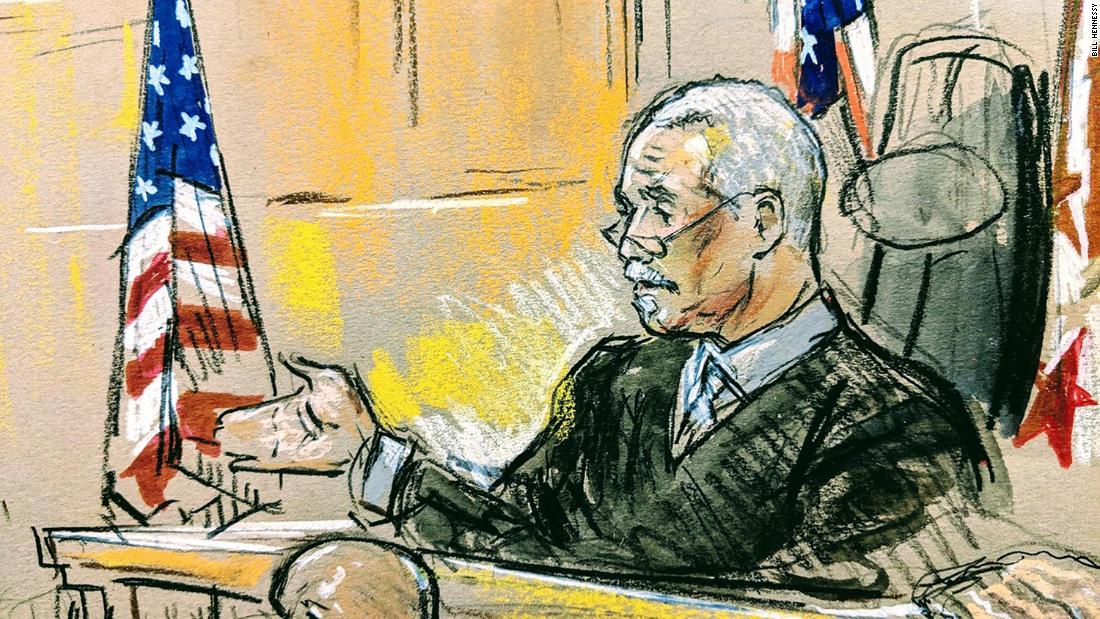 Gionet told Sullivan that if he did not plead guilty, prosecutors would add additional and more serious charges. But Sullivan insisted that he could not accept a guilty plea from someone who believes they are innocent, telling Gionet, “You’re going to get a fair trial, sir. Don’t plead guilty to please me. … It’s all about doing the correct thing for the correct reasons.”

Prosecutors denied threatening Gionet with more serious charges but said they would continue to investigate the case until the trial, which is now set for March. The Justice Department also agreed to give Gionet 60 more days to consider pleading guilty.

Sullivan has famously been the judge in other cases with unexpected developments and is known for being particularly attuned to when defendants are wavering on whether to plead guilty.
From 2017 to 2020, Sullivan presided over the case against Michael Flynn, who was former President Donald Trump’s first national security adviser. Flynn pleaded guilty to lying to the FBI about conversations with Russia’s ambassador and cooperated with special counsel Robert Mueller, only to abruptly withdraw his plea before sentencing. Sullivan oversaw months of legal wrangling over Flynn’s attempts to unwind the plea while simultaneously pushing conspiracy theories about the Mueller probe. Trump eventually pardoned Flynn before leaving office.
Sullivan also presided over the Ted Stevens case, where he ordered an investigation into claims of prosecutorial misconduct.

The case of Gionet, who was arrested in January 2021 but never indicted, was one of the most long-awaited formal charges stemming from the Capitol riot. It took more than a year for lawyers to reach a plea agreement, indicating potentially extensive negotiations unlike perhaps no other January 6 defendant.

According to court documents, Gionet livestreamed his breach of the Capitol in a 27-minute video. The video, prosecutors say, shows Gionet encouraging the crowd by chanting “traitors,” shouting that “1776 will commence again” and repeatedly telling others in the mob not to leave the building. In earlier hearings, Gionet claimed that he had gone into the Capitol to film as a member of the press and therefore had not committed a crime.