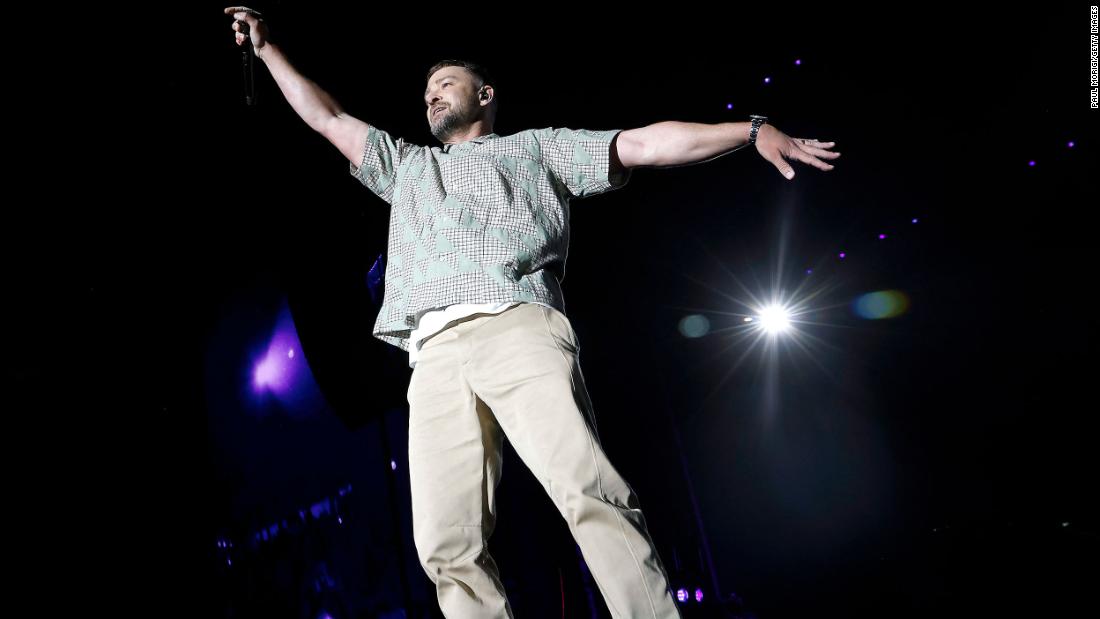 News
admin
June 24, 2022June 24, 2022
The singer was caught performing an awkward dance routine during a performance in Washington, DC on Wednesday, and he had a hilarious reply.

“D.C., I want to apologize to you for two reasons: here and here,” he said in his Instagram Stories, zooming to a closeup of his feet. “I had a long talk with both of them, individually, and said, ‘Don’t you ever do that to me again.'”

Then he addressed the khaki pants he was wearing that some fans described as nerdy and dad-vibey.

“Dad at a wedding type of dance,” one TikTok user wrote.

“Maybe it was the khakis. It was a real khaki vibe,” he joked.

Timberlake promised his feet would “get it right” going forward. He added some memes of himself in action in the pants.

His mishap happened during Pharrell’s Something in the Water music festival.