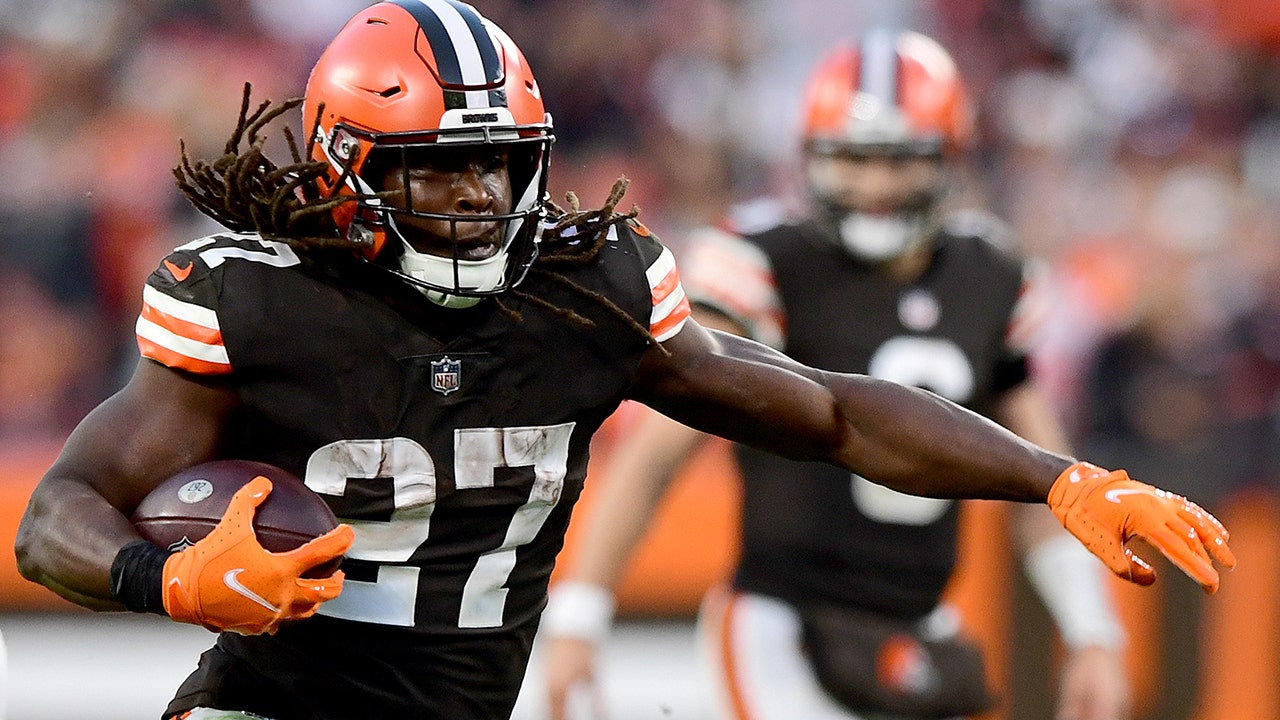 Kareem Hunt reportedly wants to depart from the Cleveland Browns.

Hunt, a Pro Bowl running back during his rookie season with the Kansas City Chiefs, requested a trade from the Browns, according to multiple reports on Sunday.

Kareem Hunt of the Cleveland Browns runs a drill during OTAs at CrossCountry Mortgage Campus on May 25, 2022, in Berea, Ohio.
(Nick Cammett/Diamond Images via Getty Images)

CBS Sports reported Saturday that Hunt was telling certain members of the team he wanted to be “paid or traded” and the belief is the running back wants to stay in Cleveland but is looking to make more money.

Cleveland declined to honor Hunt’s trade request, ESPN reported. Hunt has reportedly decided to hold out until he’s given a better deal or traded.

The Browns signed Hunt in February 2019 after he was released by the Chiefs following the revelation of a 2018 incident in which he was seen assaulting a woman on security footage. He wasn’t charged with a crime but was suspended for the first eight games of the season.

He had three total touchdowns in his first season and developed into a formidable backup to star running back Nick Chubb. However, injuries derailed Hunt’s 2021 season. He only played in eight games, scoring five rushing touchdowns and recording 386 yards on the ground.

Kareem Hunt of the Browns runs against the Arizona Cardinals at FirstEnergy Stadium on Oct. 17, 2021, in Cleveland, Ohio.
(Emilee Chinn/Getty Images)

Ryan Gaydos is the sports editor for Fox News and Fox Business. Story tips can be sent to [email protected]