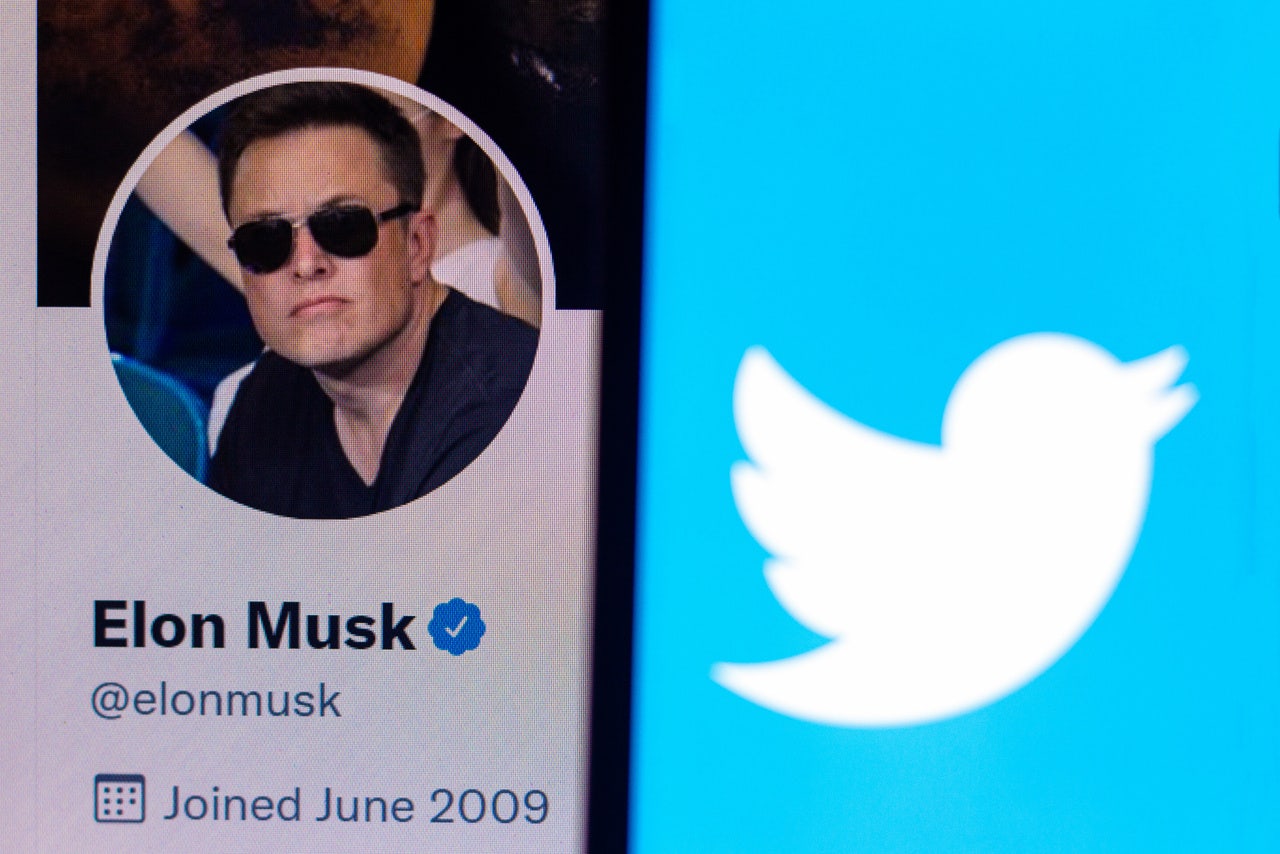 In this photo illustration, the Twitter logo is displayed on a smartphone with Elon Musk’s official Twitter profile. The billionaire Elon Musk bought 9% of Twitter, an investment of USD 3 billion. (Photo Illustration by Rafael Henrique/SOPA Images/LightRocket via Getty Images)

In a new column Tuesday, the author argued that Musk’s statements, in which the Tesla CEO claimed he would reinstate Trump’s Twitter account if and when he finalizes his deal to purchase the social media platform, signal that he will make Twitter “a home for bigots, liars, demagogues and supporters of violence” – all justified under the guise of “freedom of expression.”

Goldberg began his piece stating, “Twitter is a private platform, with broad free speech rights. Under the 1st Amendment, it can choose, if it wishes, to be a home for bigots, liars, demagogues and supporters of violence, allowing them to spread their dangerous messages to the company’s hundreds of millions of users.”

He then mentioned how if Musk becomes the new owner, he “can opt to stop policing content on his awesomely powerful new platform. He can populate Twitter with QAnoners and antisemites and shady Russian apologists and liars of all stripes, allowing them to spread disinformation and adding to political polarization and division.

“And he can justify it in the name of unfettered freedom of expression,” the author added.

Then came Goldberg’s indictment of Musk: “That’s exactly the direction Musk — the world’s richest man, who is in the final stages of buying Twitter for $44 billion — seems to be headed.”

He then pointed to Musk’s claim that banning Trump had been “morally wrong” on Twitter’s part, though Goldberg asserted, “In fact, though, it is Musk’s position that is morally wrong.”

What followed was another exhaustive condemnation of the former president. “Trump is a liar. Untruths, threats, fear-mongering and bullying are his weapons of choice; his enemies are mocked and belittled. The Washington Post counted 30,573 false or misleading claims during his four years in office,” he said.

Goldberg admitted, “Not all Trump’s lies are necessarily dangerous. But many are. And perhaps none was more so than his final lie in office — his insistence that the 2020 election… was in fact rigged.”

He added, “That lie continues to pose an extraordinary threat to American democracy.”

LIBERALS WAIL AFTER MUSK SAYS HE WOULD REINSTATE TRUMP ON TWITTER: ‘THIS HELLSITE COULD BECOME EVEN WORSE’

Of course, the author acknowledged that Trump has free speech still, but he doesn’t have to be on Twitter. “He can speak and write as much as he wants, protected by the Constitution. But Twitter doesn’t owe him a megaphone,” he claimed, adding, “No private platform has an obligation to host Trump or others of his ilk.”

Goldberg then accused Musk of being “disingenuous Tuesday when he said that the decision to kick Trump off Twitter was wrong because it ‘alienated a large part of the country,’” he wrote, and argued that Musk’s claim “made it sound like dumping Trump was a political move, orchestrated by the president’s opponents.”

“But that is not what happened… He was banned because he was found to be in violation of the company’s rules and standards in communicating with his 88 million followers,” Goldberg added, justifying the Twitter ban.

He then asked, “Once you allow Trump back on, who won’t be allowed on? Expect to see more from Alex Jones… and Roger Stone.”

In the end, Goldberg concluded, “By all means, Twitter should be a haven for freewheeling, challenging, open debate. It can be a de facto town square. But the company has a right and a responsibility to exercise some control over the most irresponsible tweeters.”