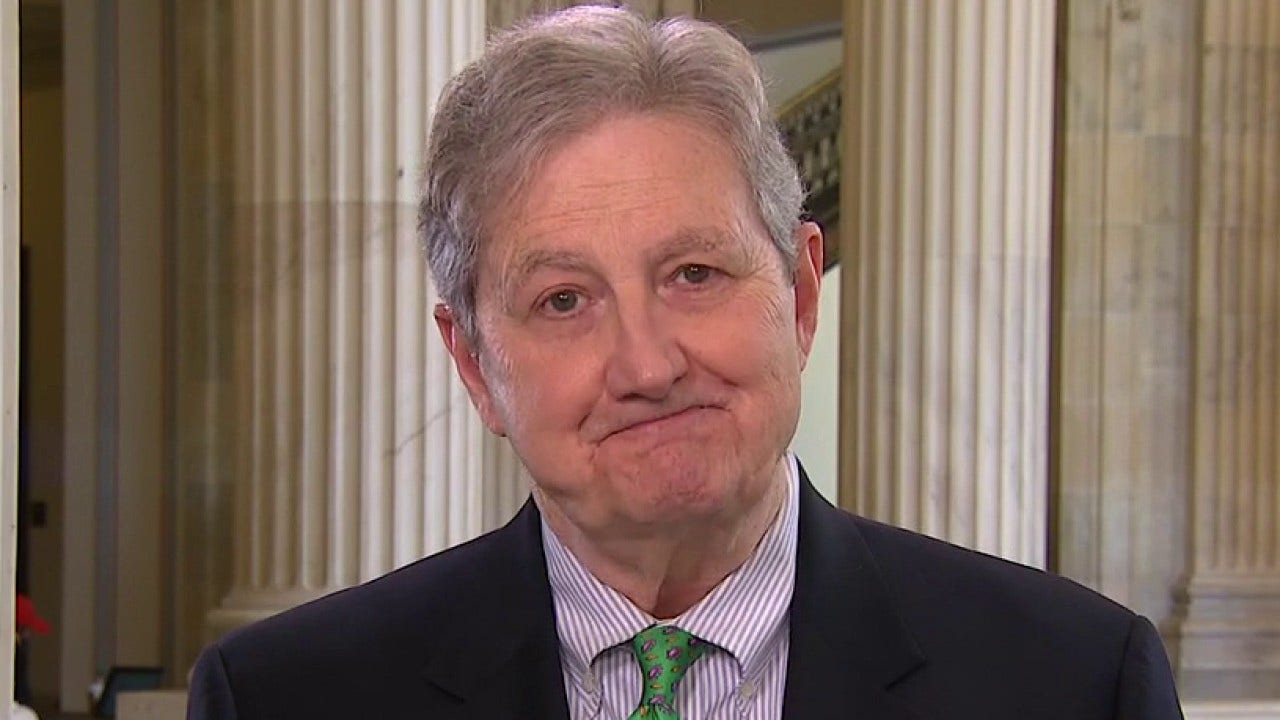 Louisiana Sen. John Kennedy gave his take on what can cure the current state of rampant crime nationwide Tuesday on “Jesse Watters Primetime.”

Number two, we’re going to have to pay our cops. You’re not going to get cops to work in this woke environment without paying them. Number three, and this might be the most important: Our political leaders need to stand behind our cops.

KARINE JEAN-PIERRE BLASTED FOR NON-ANSWERS ON CRIME: SHE ‘IS SO BAD AT THIS’

Law enforcement cops have about 60 million encounters every year with the American people. Do some of them go bad? Sure. Are there cases of police brutality? A handful. And they’re almost always prosecuted. The truth is that most cops will leave you alone unless you do illegal stuff. And our political leadership has got to stand behind them.

Number four, we’ve got to get rid of these prosecutors whose mantra is, “See no evil, hear no evil, prosecute no evil.” And number five, I would tell people, if you care to, avail yourself of your privileges under the Second Amendment. Now, I’ve said this before, and I mean it. I believe love is the answer. I do. But I also own a handgun, just in case.

One thought on “‘Love is the answer, but I own a handgun just in case:’ Sen. John Kennedy”