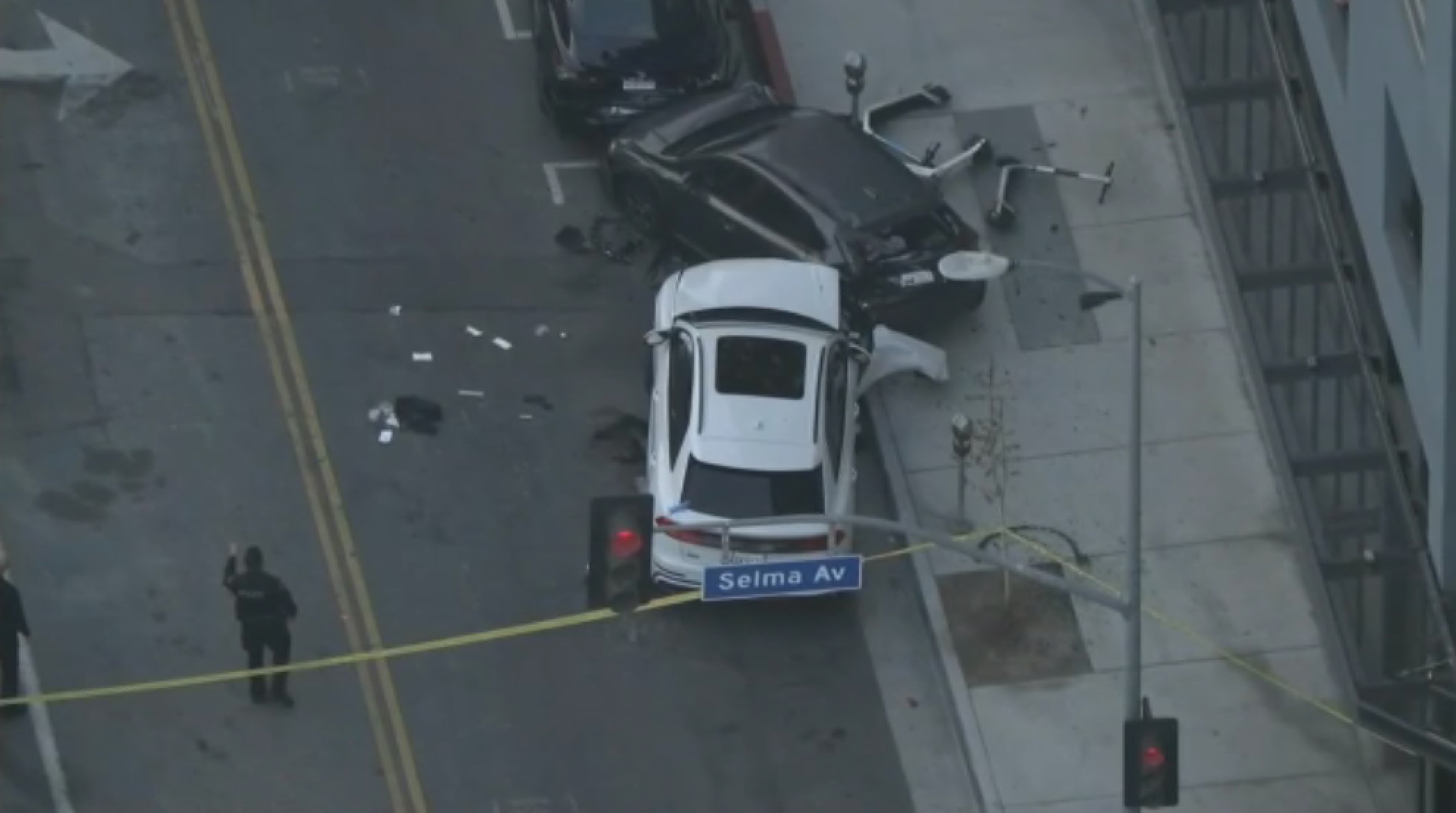 A man was shot and killed near the Hollywood Walk of Fame Wednesday night, according to the Los Angeles Police Department.

The shooting happened around 7 p.m. local time at the intersection of Argyle and Selma Avenues. That is only one block from the famed and historic Hollywood Walk of Fame – a popular and busy tourist destination.

A man was shot and killed near the Hollywood Walk of Fame on Wednesday night.
(Fox 11 Los Angeles)

Police say the victim and the shooter got into a dispute. The suspect fired multiple rounds, but it is unclear how many times the victim was shot.

The victim attempted to get away from the attacker and crashed his car into another car a short distance away, police said.

LOS ANGELES DA GEORGE GASCON BRUSHES OFF CONCERN FROM MOTHER OF SLAIN OFFICER: ‘WE DON’T HAVE A CRYSTAL BALL’

Los Angeles police say, as of early Thursday morning, they are still searching for the suspect who shot and killed a man just one block from the Hollywood Walk of Fame.
(Fox 11 Los Angeles)

The victim, a 23-year-old man, was rushed from the scene to a nearby hospital where he was pronounced dead.

FILE- People walking along the Hollywood Walk of Fame on a sunny day in Los Angeles. There are more than 2000 tiles at the walk of fame to honor the stars.
(iStock)

So far, no arrests have been made. Police say the shooter was last seen driving a white Mercedes-Benz on Selma Avenue.

Lorraine Taylor is an editor at Fox News. News tips can be sent to [email protected] or on Twitter @LorraineEMT.