Boeing’s Starliner Returns to Earth: How to Watch

Princess Charlene of Monaco opens up about her ‘painful’ recovery: ‘My state of health is still fragile’

Sussmann may testify in trial charging that he lied to FBI, pending judge's ruling 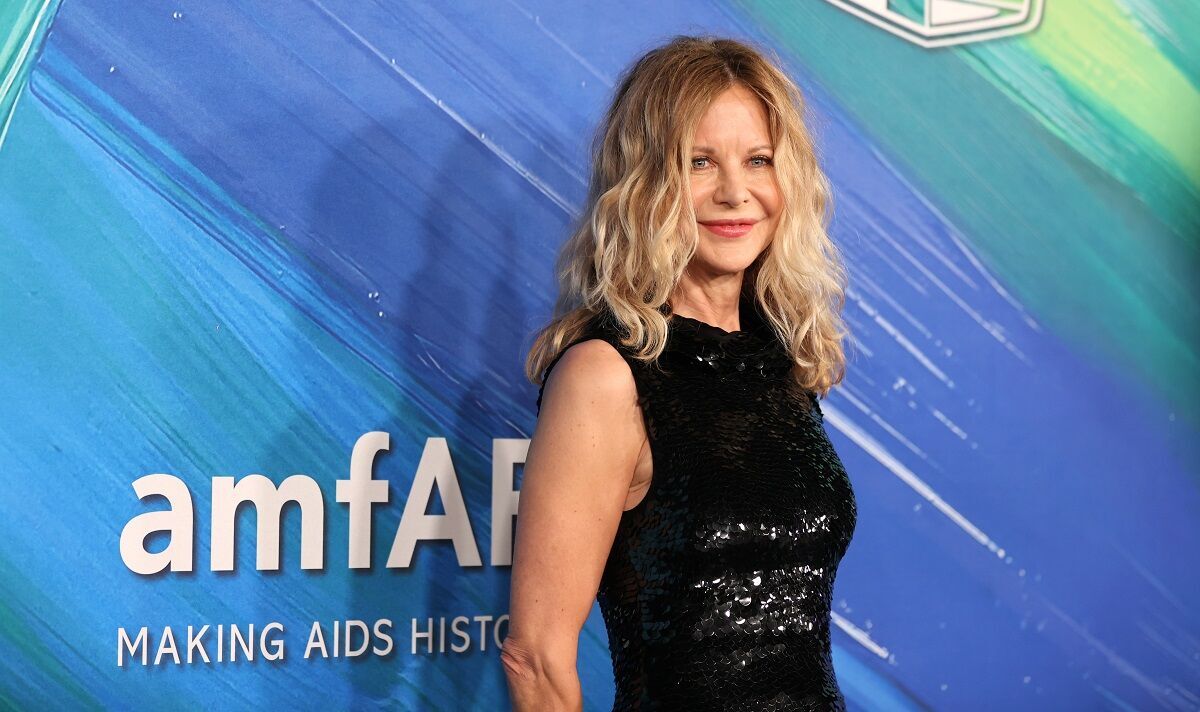 BACK IN BUSINESS: Meg Ryan stars and directs her new film What Happens Later, due out next year (Image: Getty)

She made us laugh and could reduce us to tears with her star-crossed search for love on the big screen. As Hollywood’s queen of the romantic comedy Meg Ryan tugged at our heartstrings and made us all hope she would find happiness in classic hits When Harry Met Sally, Sleepless In Seattle, and You’ve Got Mail.

But Hollywood fell out of love with the slender blonde beauty, who blames ageism and stereotyping for her fall from fame. And romance in real life has hardly been kind to her, with a failed marriage to Dennis Quaid, and a series of shattered relationships with heart-breakers including Gladiator star Russell Crowe and rocker John Mellencamp.

Yet now aged 60, Ryan is returning to give love one more chance – at least, on film.

Thirteen years after her last romantic comedy, Serious Moonlight, Ryan is set to star opposite X-Files veteran David Duchovny, 61, in What Happens Later. Shooting is scheduled to take place in Arkansas later this year with a view to a cinema release in 2023. It’s a surprising come-back at an age when romantic leading roles for women are scarce in Hollywood.

Ryan’s shaggy mane and quirky smile first found fame in Tom Cruise’s 1986 blockbuster Top Gun, playing a small but emotionally powerful role as the wife of ill-fated aviator Goose. Its success launched her into When Harry Met Sally in 1989 – her fake orgasm in the diner scene opposite co-star Billy Crystal remains a film classic – and turned her into America’s romcom darling alongside Julia Roberts and Sandra Bullock.

She jumped into molten lava for the love of Tom Hanks in Joe Versus The Volcano, locked lips with Kevin Kline in French Kiss, and fell for timetravelling lover Hugh

Jackman in Kate & Leopold. But as Ryan matured, Hollywood’s love affair with her faded. Typecast as the “girl next door” she was robbed of the chance to expand her range in more challenging roles, and then was cruelly judged past her sell-by date.

“The pressure was implicit,” she says. “How you look – there’s so much judgment.”

Appalled by Hollywood’s superficial obsessions, she says: “There are more important conversations than how women look and how they are ageing.”

Ironically, it was Ryan’s beleaguered adventures in real life romance that helped turn Hollywood against her, demolishing her innocent squeaky-clean image.

Romance has simply not been that kind to Meg Ryan away from the cameras.

She fell in love with Dennis Quaid on the set of sci-fi adventure Innerspace in 1987, and they married four years later on St Valentine’s Day. They were Hollywood’s golden couple, appearing on screen together in thriller D.O.A.

But Quaid became jealous as her career soared while his declined. He recalled: “We’d go out on the streets of New York, and it would be like, ‘Meg! Meg!’

And I would have to admit it: I actually did feel like I disappeared.” Then Ryan’s goodie two-shoes persona was irretrievably broken when her affair with co-star Russell Crowe was exposed, after they met on the set of Proof Of Life while she was still married to Quaid in early 2000.

“Russell didn’t break up the marriage,” she insists. “He was definitely there at the end, but it wasn’t his fault.”

Quaid had been cheating on their marriage for some time, she claims.

But it was Ryan who was eviscerated by public opinion for breaking up their supposedly happy home.

Dennis was not faithful to me for a long time, and that was very painful,” she says. “I found out more about that once I was divorced.”

But the backlash against Ryan was ferocious, painting her as a homewrecker and adulteress. “So this is what it feels like to be the Scarlet Woman,” she said. Ryan and Quaid separated in 2000, after having two children, and divorced the following year.

“My marriage was a very unhealthy marriage,” she later told Oprah Winfrey. “I probably should have left it much earlier.

“I was very sad that it came apart in the way it seemed to have. It was never about another man. It was just about what my and Dennis’s relationship couldn’t sustain.”

Ryan was distraught to discover her personal life was treated like just another plot twist in one of her rom-coms. But real life emotions proved more painful. “Divorce is hard,” she says. “Love is hard. All these things were so personal.

“The complexity of a life or a marriage is never going to exist in a headline or a tabloid.”

She eventually broke up with Crowe, admitting: “I was a mess. I hurt him too, at the end. I couldn’t be in another long relationship. It wasn’t the time for that. So I got out.”

After her divorce, Ryan plunged into two films trying to break free of her rom-com straight-jacket: 2003’s psychological thriller In The Cut, and boxing drama Against The Ropes the next year.

When both turned out to be critically mauled box office disappointments, Ryan took a three-year break from Hollywood, which turned against her. “The feeling with

Hollywood was mutual,” she says. “I felt done when they felt done, probably.”

She struggled to find a place for herself in a string of lacklustre movies – who remembers 2008’s My Spy, which went straight to video? – while her love life became a roller coaster ride.

Finally single, Ryan was romantically linked to TV’s Friends star Matthew Perry, and British film producer Graham King, before plunging into a dizzying on-again, off-again relationship with rocker John Mellencamp in 2011. Breaking up in 2016 they reunited the following year, announcing their engagement in 2018.

“John and Meg have had a volatile relationship from the beginning,” said a friend. Noted another: “It’s the same thing every time. He makes her mad, they break up, she misses him, and they eventually start talking again.”

They broke off their engagement and parted, apparently for the last time, in 2019.

With her acting career faltering, Ryan turned in 2015 to directing, with the low-budget historical drama Ithaca.

“I was burned out,” she admits. “I didn’t feel like I knew enough any more about myself or the world to reflect it as an actor.”

Hollywood fell out of love with the slender blonde beauty (Image: Getty)

Ithaca was hardly a smash hit, but Ryan relished directing, and will be behind the camera again with her new movie, What Happens Later, described by producers as an “evolved and nostalgic” take on the romantic comedy, 25 years after her last rom-com hit You’ve Got Mail.

Ryan and Duchovny play two former lovers who years later are stranded together overnight at a snowed-in airport, revisiting their past and contemplating a possible future together.

“This is exactly what audiences everywhere are looking for,” says producer Gabrielle Stewart optimistically, clearly hoping that Ryan’s former legion of rom-com fans will buy into her return.

Ryan hopes to ride a renewed wave of interest in the genre. After a dearth of romcoms, Hollywood has suddenly fallen in love with them again, bringing back vintage stars at an age when Hollywood typically might cast them as grandmothers. Sandra Bullock, aged 57, recently starred in The Lost City opposite Channing Tatum, her first rom-com in 13 years; Julia Roberts, aged 54, is making her first rom-com in 20 years with Ticket To Paradise co-starring George Clooney; and Jennifer Lopez, aged 52, recently romanced Owen Wilson in Marry Me.

But with the world in chaos, war in Ukraine and domestic discontent, will audiences want to see two unnaturally beautiful people of a certain age struggling to find romance?

Meg Ryan is hoping that love, and romcoms, will conquer all.