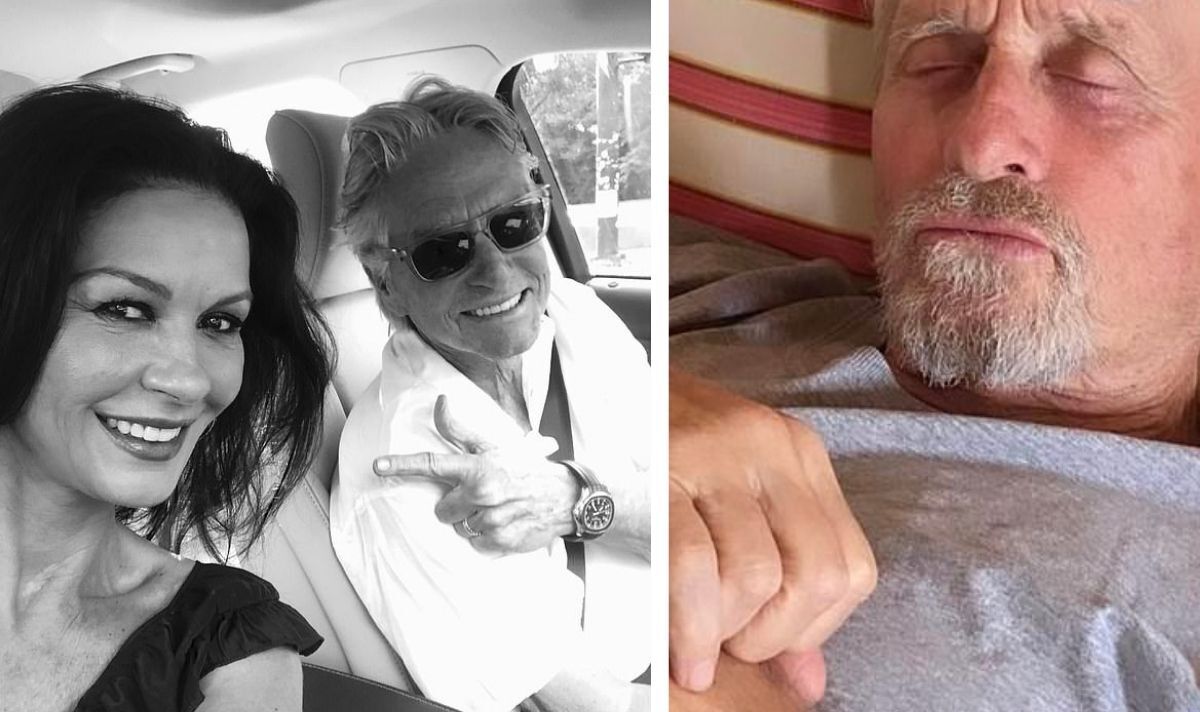 Actor Michael Douglas, now 77, had been walking with a limp for years after an ill-fated skiing accident took its toll on one of his knees. However, on the set of his movie Solitary Man, he was “instructed” to resolve the problem – and he was then nursed back to health with the help of glamorous wife Catherine Zeta Jones, 52.

An unearthed interview from an appearance on The Tonight Show with Jay Leno reveals that he was forced to have an “artificial knee” fitted.

“I had a skiing accident years and years ago and it just wore down,” he lamented.

The star added that there was a three month recovery period before he could walk normally again.

He publicly praised wife Catherine for being “fantastic” after his knee was fitted with “PVC [and] plastic pipes with titanium rods”.

“I could not get her into the nurse’s uniform [though],” he joked, before adding: “I did try!”

Fast forward to the present day and Michael and Douglas are still happily married, despite an impressive 21 years having passed since their wedding.

Catherine has always been undeterred by the age gap between them, or her need to nurse him through his hip op.

Their relationship even survived the uncomfortable situation of having to share Michael’s Majorcan villa with his ex-wife, Diandra Luker.

The presence of a former partner in a marital home is something that few people would relish, but the pair managed to get through it.

Michael divorced Diandra back in 2000 following a 22-year marriage, and their 250-acre estate had to initially be shared between the two of them, with each allowed to live in it for six months of the year.

He told of his relief when he and Catherine finally bought her share of the property and were able to “own it outright”.

“It was very uncomfortable sharing the property with my ex-wife,” he clarified to a local Majorcan newspaper, Ultima Hora.

“Six months for each of us wasn’t very pleasant for anyone.”

However, he added: “Everything is now sorted out. The house is 100 per cent ours – Catherine’s and mine.

“My children will continue to come and my grandchildren and their children. I am sure that for generations this island will be theirs.”