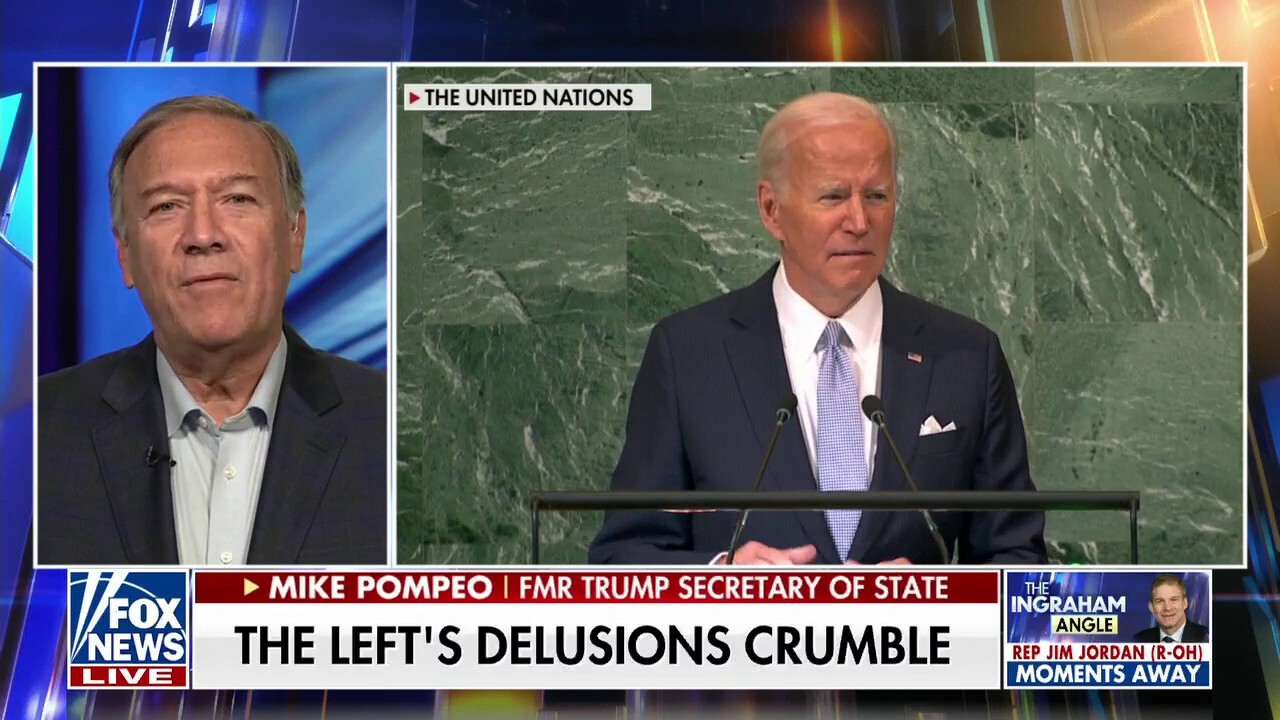 MIKE POMPEO: It’s pretty remarkable, Laura. Hearing President Biden talk about how we are back, America is back. It feels like 1976, 1979. People are now being told to turn down the thermostat. We’re told we’re not going to have enough energy. We’re being told to solve the economic problems, we’re going to have to lay off hundreds of thousands of Americans, get unemployment up to 5%, 6% to solve this problem. Every family in America can feel that.

When it comes to our national security, we lost the bubble, we lost the deterrents that we had for four years or the bad guys choosing Xi Jinping, Vladimir Putin, the Taliban, they understand they couldn’t do what they’ve done to America these last 18 months. Every American, not Republicans, not Democrats, every American can feel that they are less secure, less safe, borders under threat, crime is higher. Those are things that come. Just four weeks from now when people start voting in the midterms, I think the American people are going to reject exactly what it is President Biden has given them.

That’s a pretty good summary, one that you and I have heard from big finance here in the United States for an awfully long time. I will tell you it also sounds an awful lot like what I heard from Chinese leadership saying we are so connected. It will be really bad for you. This is precisely the wrongheaded thinking that for 40 years didn’t recognize that the Chinese Communist Party has declared economic war on America. They built their economy on the back of America, and we allow them to do it. I hope our senior financial leaders will begin to truly understand that they are American companies with American interests and do the things that will defend American freedom.

One thought on “Mike Pompeo: The Chinese Communist Party has declared economic war on America”