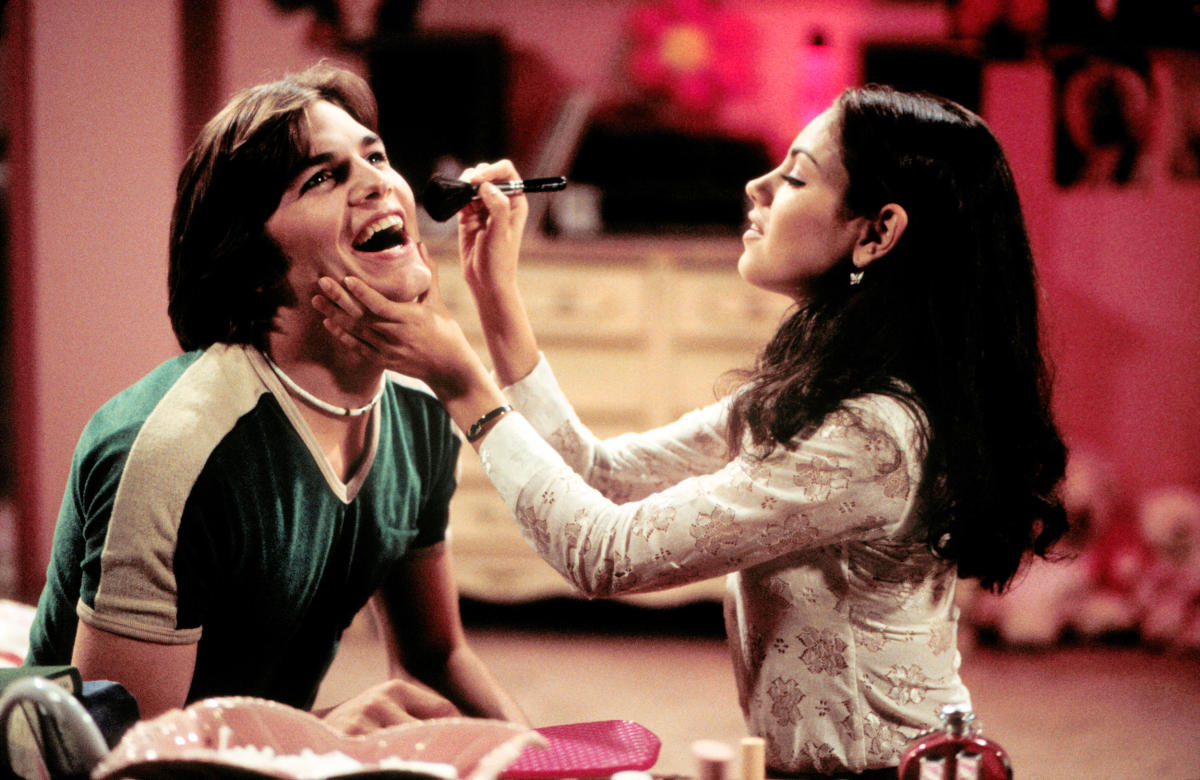 Mila Kunis says she was “super nervous” to appear opposite hubby Ashton Kutcher in Netflix’s new “That ’70s Show” spinoff, “That ’90s Show.”

The couple, who tied the knot in 2015 and share two children, revived their characters, high school sweethearts Jackie Burkhart and Michael Kelso, for a guest appearance in the new series.

But this time around, it was “trippy” to share scenes with Kutcher, Kunis revealed during an interview with “Access Hollywood.”

“It was weird to shoot together, I will tell you,” said Kunis. “It made me super nervous. Oh, my God, I was more nervous doing that than anything else in my career — was to shoot with my husband on the set of ”’70s Show.’ Because the set is exactly the same minus a couple of paint jobs.”

“It made me so uncomfortable,” she added.

Kunis explained that acting opposite Kutcher just feels odd now given the pair’s real-life romance, which began after “That ‘70s Show” left the air.

“I would look at my husband while we were doing a scene or rehearsing and I’d be like, ‘Oh, my God, that’s what you look like when you act,'” she said.

Kunis also had a hard time believing Jackie and Kelso are married with a child now in the spinoff, particularly since their characters both eventually moved on with other partners after repeatedly breaking up.

“(Jackie and Kelso) are together in it, which is weird because we shouldn’t have been,” said Kunis. “You know what? I called BS. I was like, ‘My character would be with Fez,'” she said, referring to Wilmer Valderrama’s character.

This article was originally published on TODAY.com