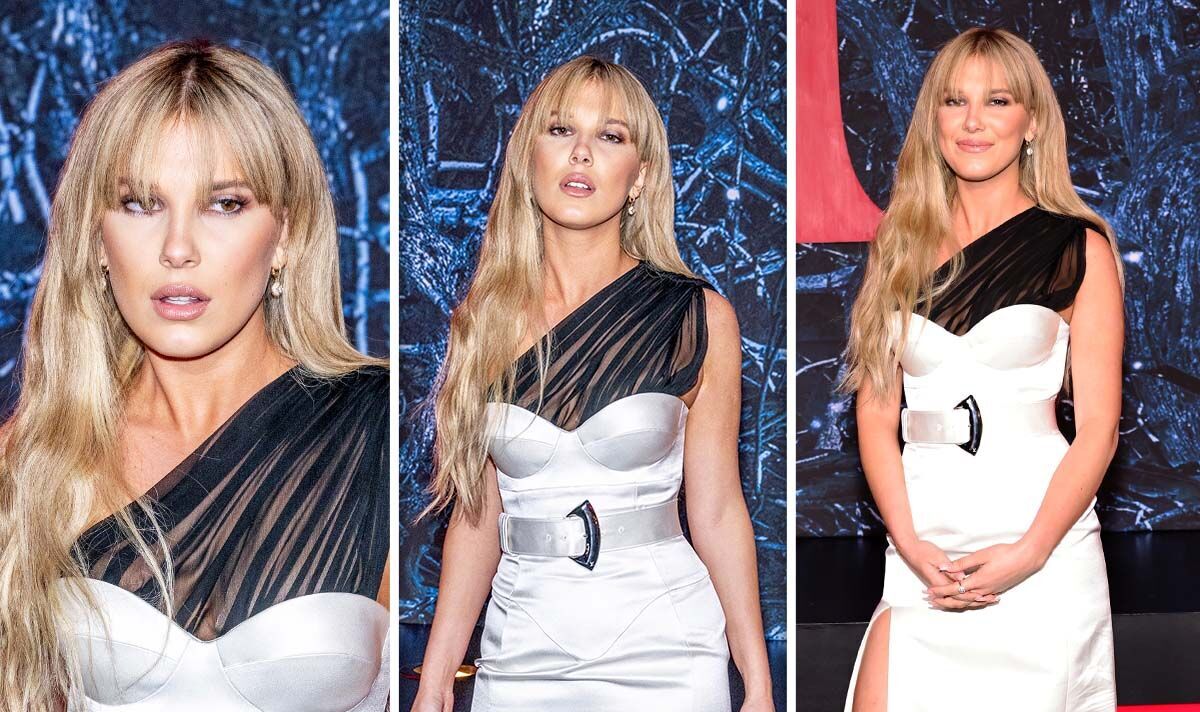 Millie’s white dress featured black mesh over one shoulder and a belt to cinch her tiny waist.

The actress elongated her legs with a pair of strappy black heels and beamed as she posed next to her boyfriend, Jake Bongiovi, the son of Jon Bon Jovi.

Jake looked dapper at Saturday’s premiere in a black suit worn over a white turtleneck.

He styled the smart look with a pair of black patent leather shoes and proudly gazed at his girlfriend as she posed for the cameras.

The highly anticipated fourth series of Stranger Things will debut on Netflix on Friday, May 27.

It is scheduled to be released in two volumes with the second batch streaming on July 1.