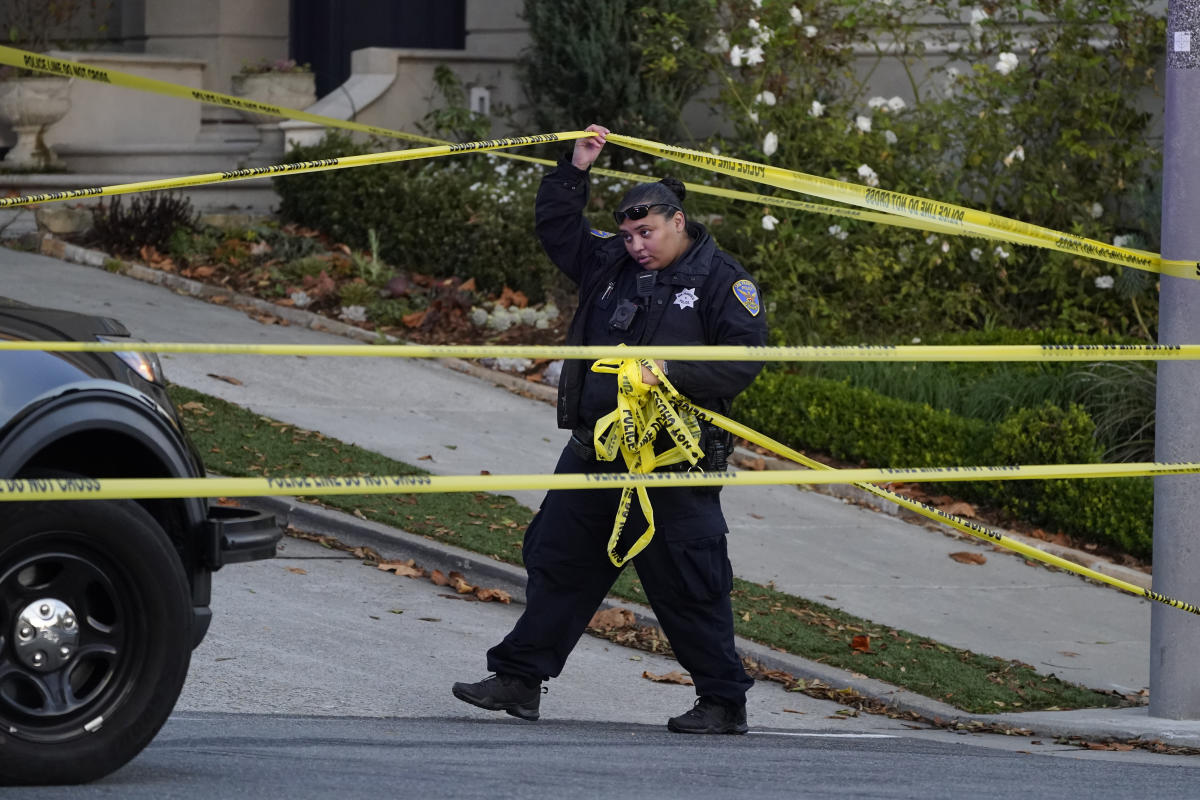 Within hours of the attack on Paul Pelosi, conspiracy theories deflecting blame for the assault on the husband of U.S. Speaker Nancy Pelosi were already swirling online.

It didn’t matter that authorities said Paul Pelosi was alone when the suspect broke into the couple’s San Francisco home. Or that investigators said they didn’t believe the two men knew one another.

It didn’t even matter that the suspect, David DePape, confessed to investigators that he broke into the Pelosi home to target the speaker.

Misleading claims about the assault spread rapidly anyway, and not just thanks to trolls in obscure internet chatrooms. The claims received a major boost from some prominent Republicans and Elon Musk, now the owner of Twitter, one of the world’s leading online platforms.

On Monday, posts falsely suggesting a personal relationship between Pelosi and the alleged assailant, soared on Twitter, a day after Musk tweeted and deleted a link to an article suggesting one.

Musk hasn’t said why he linked to the article, or why he deleted his post, which came in response to a tweet from Hillary Clinton that condemned the attack. Twitter did not immediately respond to questions from The Associated Press on Monday.

“It’s like he forgot for a second that he was now the owner of the platform, and not just anther user who can say whatever he wants,” said Brad Greenspan, a tech entrepreneur and an early investor in MySpace. “Now, being the owner, there are a whole new set of responsibilities.”

One of several Republicans to amplify the baseless conspiracy theory, Rep. Marjorie Taylor Greene, R-Ga., defended Musk on Monday with a tweet that repeated the misleading claim about “Paul Pelosi’s friend attacking him with a hammer.”

Rep. Clay Higgins, R-La., joked about the attack with his own tweet, since deleted, that repeated the conspiracy theory.

The claim also spread to other platforms, including fringe sites like Gab and Truth Social, where posts mocked the 82-year-old victim.

The posts focusing on Paul Pelosi were just a subset of a recent wave of hateful and conspiracy theory-laden posts that followed Musk’s purchase of Twitter.

Within just 12 hours of Musk’s purchase being finalized Friday, references to a specific racist epithet used to demean Black people shot up by 500%, according to an analysis conducted by the National Contagion Research Institute, a Princeton, N.J.-based firm that tracks disinformation.

Extremism experts and disinformation researchers had warned that the change in ownership could upend Twitter’s efforts to combat misinformation and hate speech, especially with this year’s midterm elections just days away.

Yosef Getachew, director of the media and democracy program at Common Cause, said there’s a significant risk that misinformation spreading so soon before the election could confuse or frighten voters, or lead to more polarization or even acts of violence.

“Rather than cave in to conspiracy theorists and propaganda peddlers, we urge Musk to ensure Twitter’s rules and enforcement practices reflect our values of democracy and public safety,” Getachew said.

Authorities in San Francisco held a press conference Monday to discuss the latest on the investigation into the attack. DePape told police that he wanted to take Nancy Pelosi hostage and “break her kneecaps,” they said.

District Attorney Brooke Jenkins debunked several other aspects of the conspiracy theory as well, saying there’s no evidence DePape knew Paul Pelosi, and saying Pelosi was alone at home when DePape broke in.

While belief in conspiracy theories is nothing new to American history, experts who study disinformation say they can become dangerous when they persuade people to consider violence as an alternative to politics, or when they cause people to ignore inconvenient truths.

DePape appears to have authored racist and often rambling online posts in which he questioned the results of the 2020 election, defended former President Donald Trump and echoed QAnon conspiracy theories.

QAnon adherents support the belief that Trump is secretly waging a battle against a sect of blood-drinking Satanists who have controlled world events for eons. The movement has been linked to an increasing number of acts of real-world violence in recent years.

Social media has sped up the proliferation of conspiracy theories, helped believers organize, and enabled groups to weaponize disinformation for their own ends, according to Sacha Haworth, executive director of the Tech Oversight Project, a group that supports new regulations on platforms.

Twitter and other platforms, Haworth said, have “created a toxic atmosphere where public officials and their families are at risk (and) now online threats are spilling over into real-world violence.”

One thought on “Musk boosts surge in misinformation about Pelosi attack”