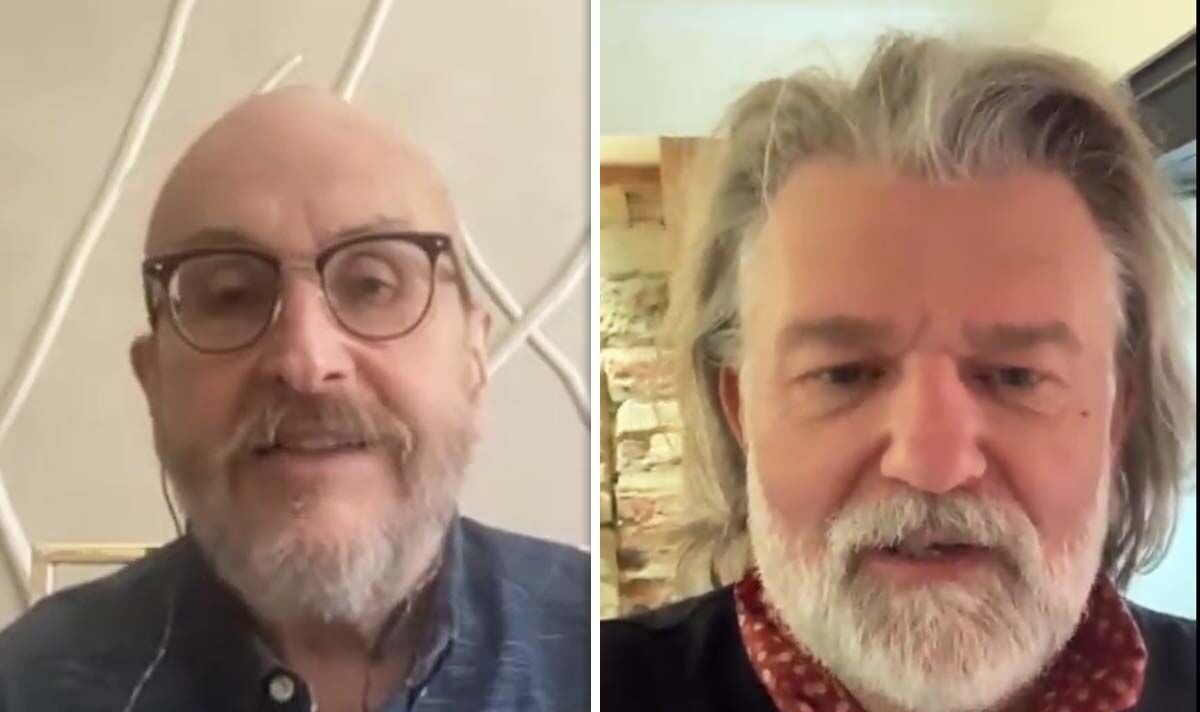 Si King, 55, said he won’t do any shows without his fellow cook, Dave Myers, 64, because “there’s no Hairy Bikers without Dave”. Dave confirmed that he had been diagnosed with cancer earlier this month and is undergoing chemotherapy.

Si stepped out with Dave’s wife, Liliana Orzac, to attend the Fortnum & Mason Food and Drinks Awards on Thursday night.

The Hairy Bikers won the Personality of the Year award, as voted by the public, but Dave was not in attendance amid his ongoing health struggles.

Speaking at the event, Si opened up about being apart from his co-star.

He said: “There’s no [Punch and Judy] show without Punch, and there’s no Hairy Bikers without Dave.

Nevertheless, Si vowed that the pair “will get through it” because Dave is “as tough as an old boot”.

Opening up about what is next for him while Dave receives treatment, Si continued to Daily Mail: “I have a 12-piece funk band [Little Moscow] which takes up a lot of time.

“We are on tour all year and will extend our stay in Spain.”

In true Hairy Bikers style, Dave told a cheeky anecdote about a past skiing trip in Switzerland.

He chuckled: “I used to stay in a bunkhouse, so it was posh skiing, but it was on the cheap.

“And… um… I ended up with a German policewoman…She was a strong lady.”

Before Dave could finish his sentence, Liliana could be heard shouting in the background: “I heard that!” And the podcast team exploded into laughter.

Dave announced his health issues on a separate episode of the podcast earlier in May. Although, he assured fans he is “going to be fine”.

Despite not wanting to go public with his illness, he told Si that he had to speak up because he doesn’t want to be hiding “under a rock”.

He confirmed that he has to have “some chemo” but has decided not to reveal his specific diagnosis.